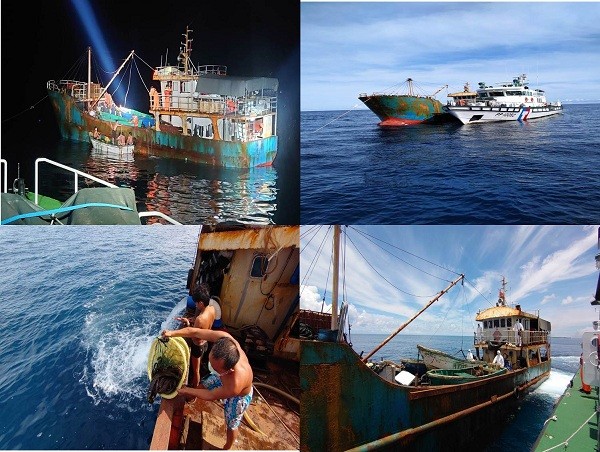 TAIPEI (Taiwan News) — Taiwan's Coast Guard caught a Chinese fishing boat trespassing into its waters to fish on Friday (July 24) and arrested all of its crew members, who were taken back to Kaohsiung Harbor on Monday for further investigation.

In light of Chinese fishing boats having recently been spotted trespassing in the waters around the Dongsha Islands (東沙群島, Pratas Islands) the Coast Guard has now begun a crackdown as of Friday, according to their press release.

At 11:10 p.m. on Friday, the Coast Guard successfully intercepted a Chinese fishing boat in waters nine nautical miles off the northeast coast of the Dongsha Islands.

A total of 18 crew members were aboard the vessel, and all of them have been taken to Kaohsiung Harbor for investigation. The Coast Guard has said that it will refer the suspects to the relevant prosecutors for violating the Act Governing Relations between the People of the Taiwan Area and the Mainland Area as well as the Immigration Act.