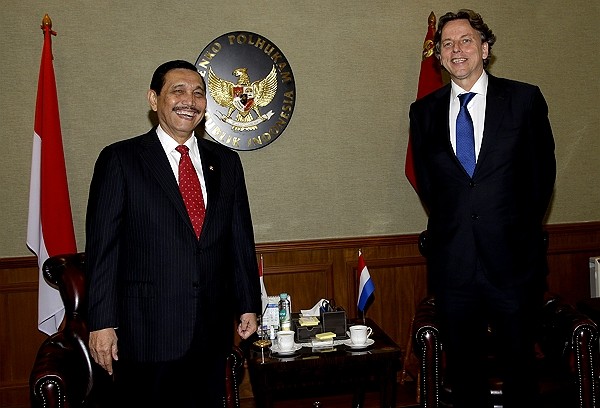 On Monday, the Indonesian health authorities announced 1,525 more cases, bringing the country's confirmed total to 100,003. Out of that total, 4,838 have succumbed to the disease.

While attending an agreement signing event in Jakarta, Panjaitan made the dubious claim that Taiwan, Germany, and Russia are the three countries that have most successfully contained the spread of the virus. He said that citizens of all three nations have demonstrated a unity that helps to lessen the impact of the outbreak, and he hopes Indonesian communities can do the same.

Panjaitan emphasized that the current crisis period is not the time for disputes between the government and its people, but rather an opportunity to work together. He encouraged the Indonesian people to be more understanding if there are deficiencies in the government's pandemic measures, reported CNA.

As the Southeast Asian country has been hit hard by the virus, the Indonesian Red Cross has urged local citizens to exercise greater caution and adhere to social distancing guidelines, especially in regions where lockdown restrictions have been lifted. It stressed in its press release that complacency remains the country's biggest threat, as it is still "far from being out of the woods."