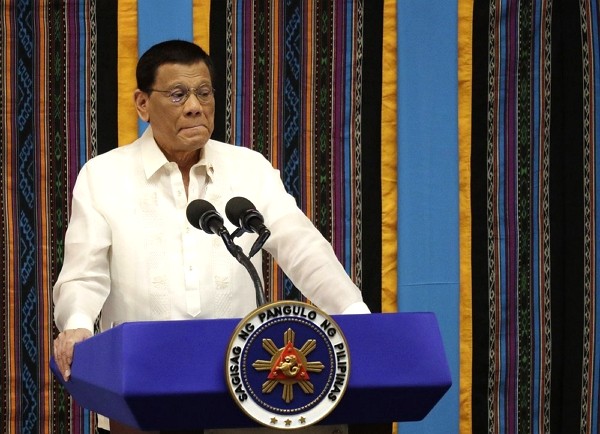 TAIPEI (Taiwan News) — Philippine President Rodrigo Duterte on Monday (July 27) admitted that he "cannot do anything" against Beijing's aggressive pursuit of territory in the South China Sea since the country would be no match for the superpower in a war.

During his annual address to the nation, the Philippine leader said he was powerless against Beijing's maritime claims and the country could not afford to go to battle right now. He said China has a stronger military force than the Philippines, so in a sense China is already "in possession" of the disputed waters.

Duterte said the country should "just cool off" and treat the situation with "diplomatic endeavors" as an alternative. He added that the country's marines would be blown up by Chinese cruise missiles before they even set sail, reported Philippine newspaper the Inquirer.

Meanwhile, Duterte stressed that the government would continue to protect its rights in the South China Sea and redefine its relations with global allies. However, he did not make clear what countries he was referring to.

Later in his speech, Duterte also pointed out that he had been in contact with Chinese General Secretary Xi Jinping (習近平) over possible access to a coronavirus vaccine as soon as China develops it. He said China's vaccine will be able to restore the Philippines and "bury" the life-claiming coronavirus, reported New Talk.