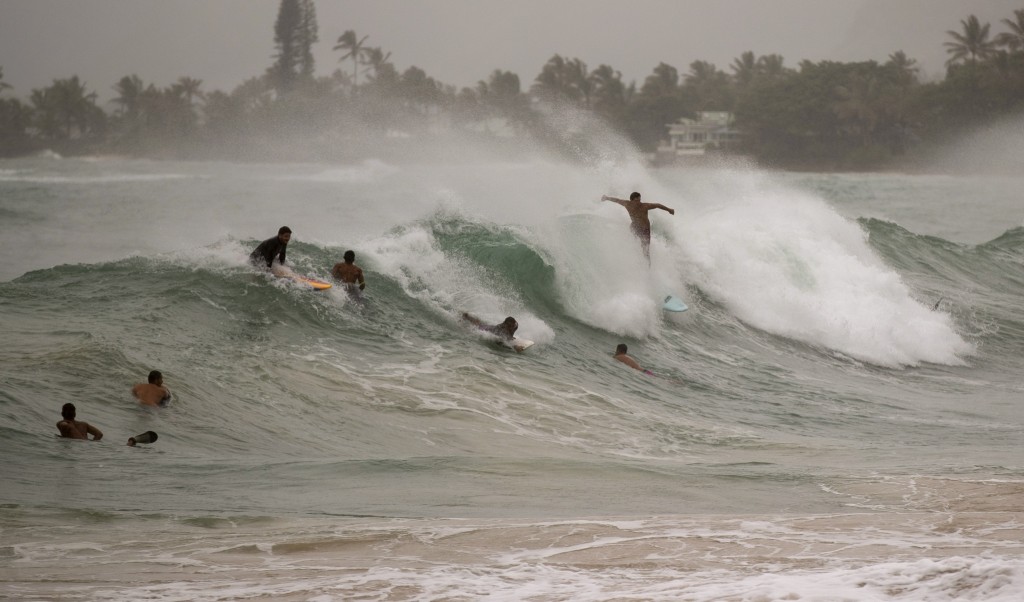 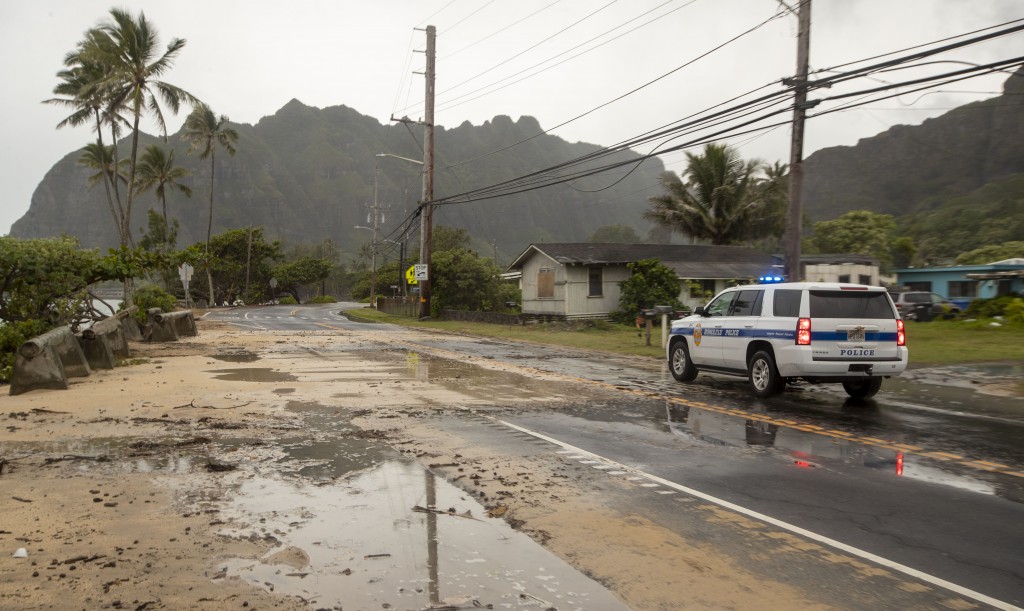 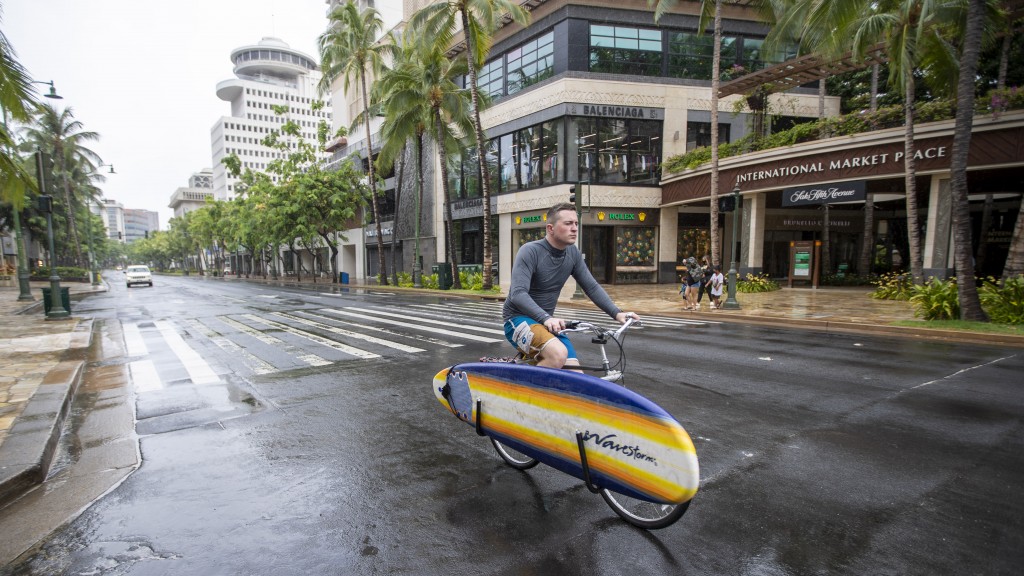 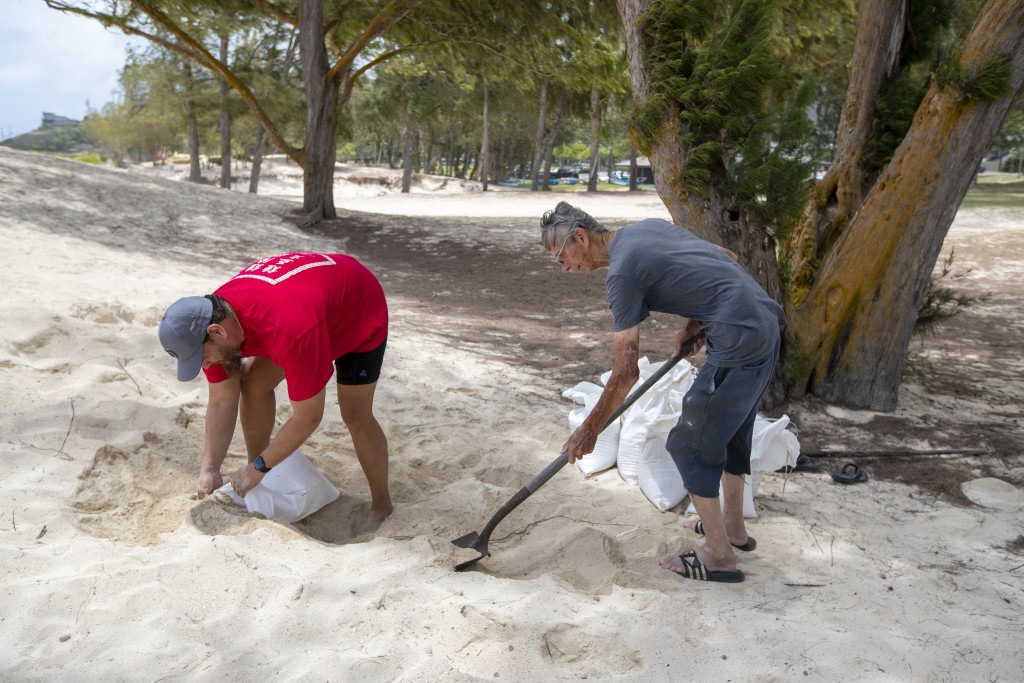 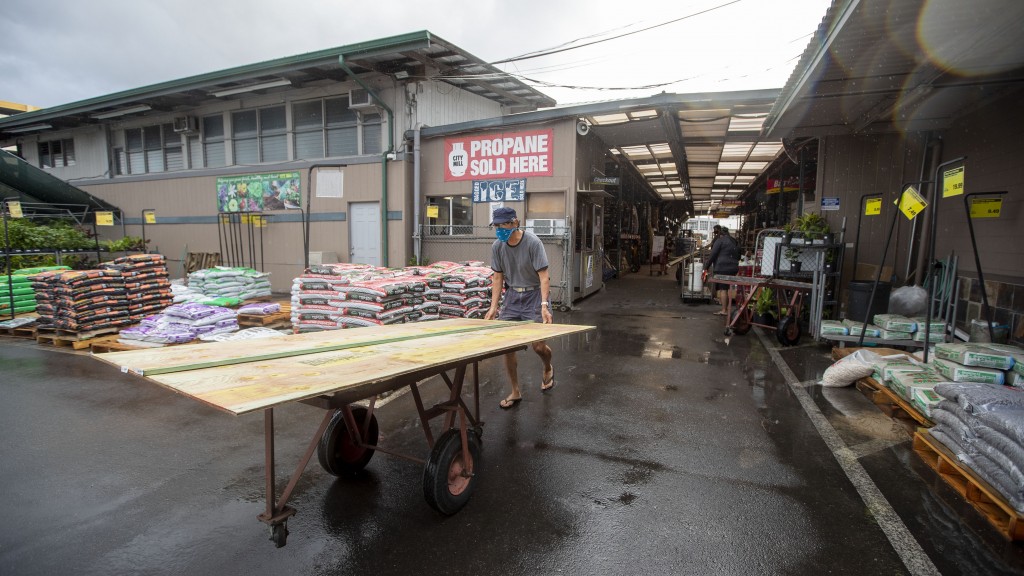 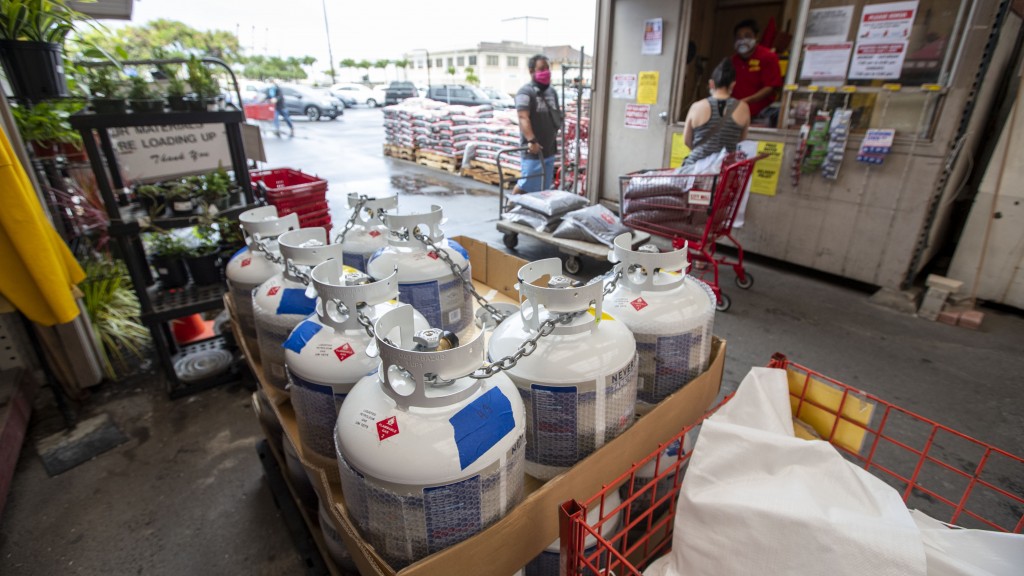 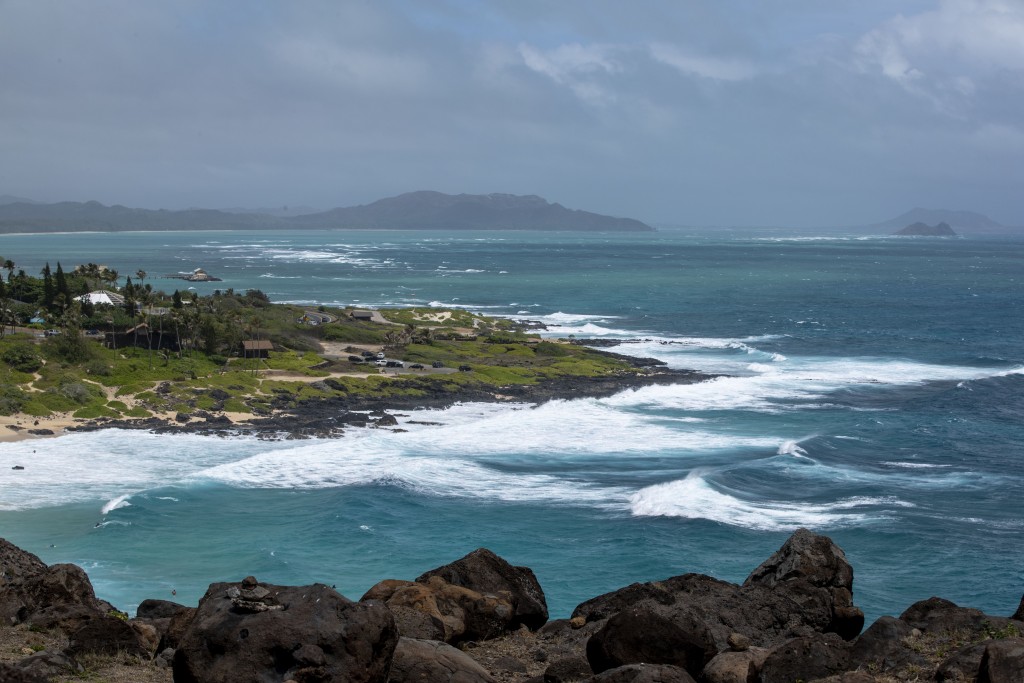 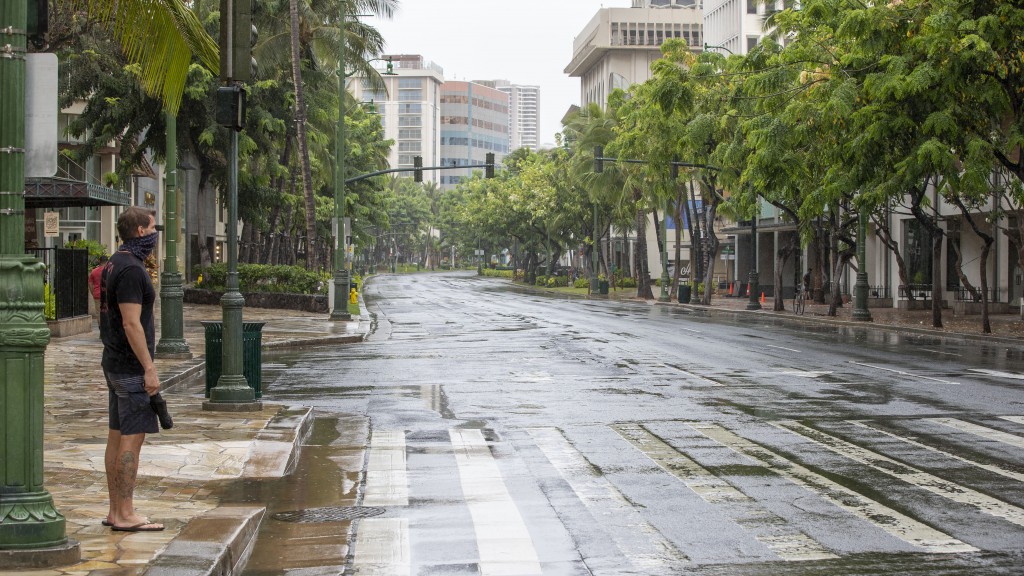 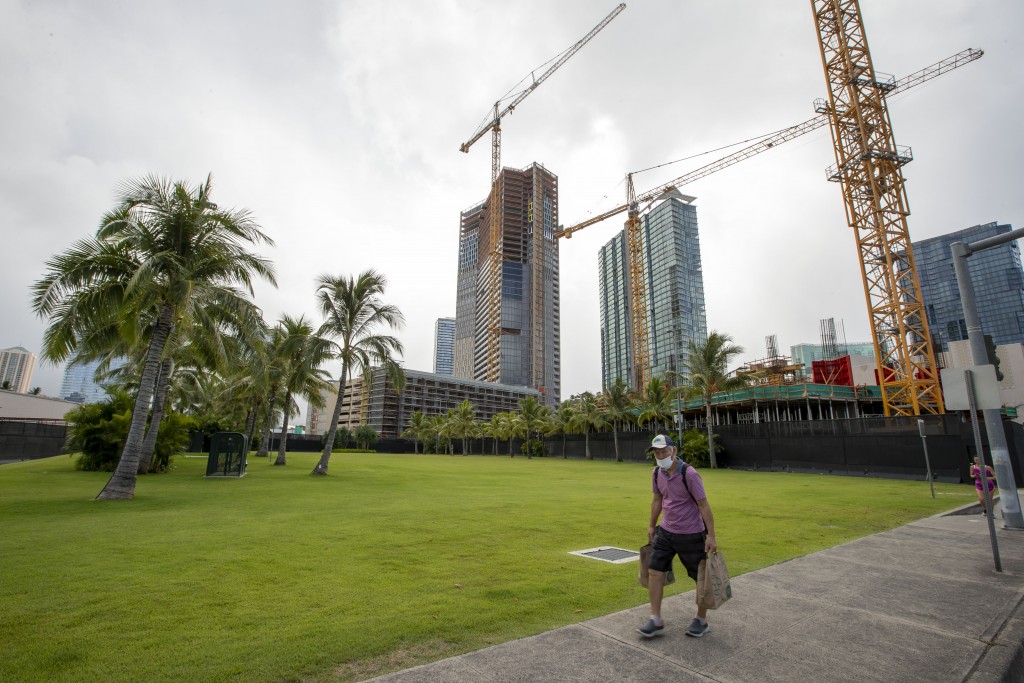 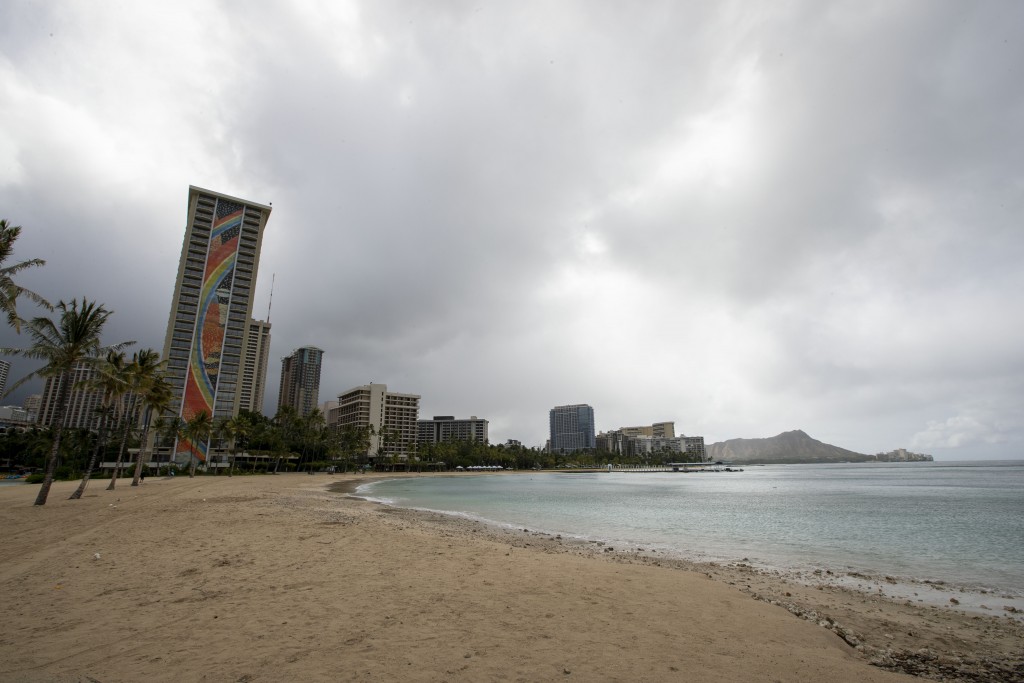 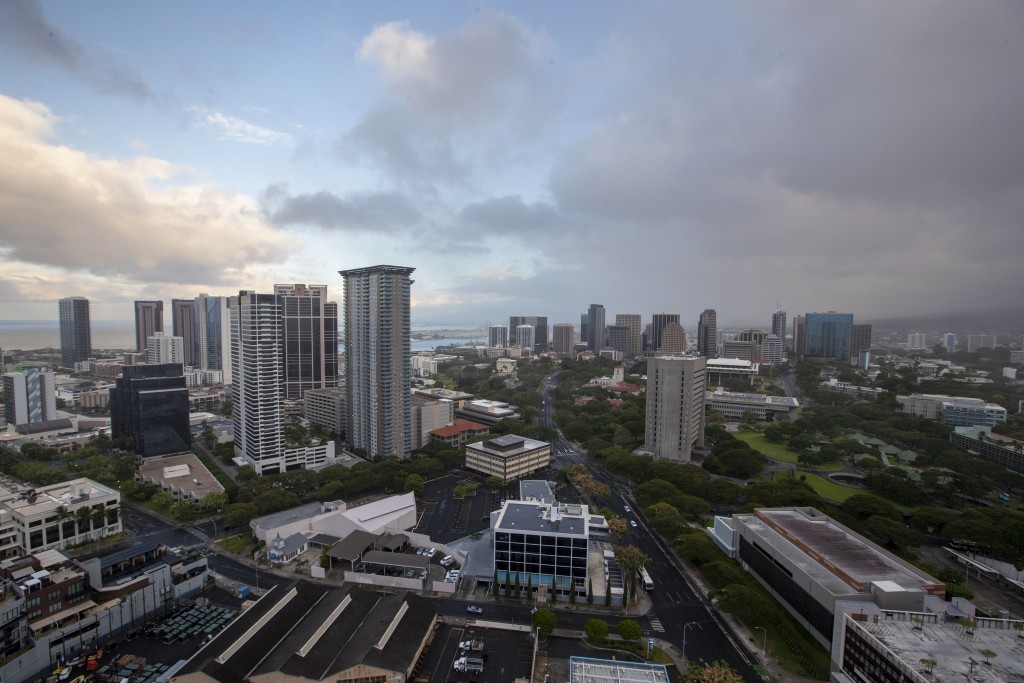 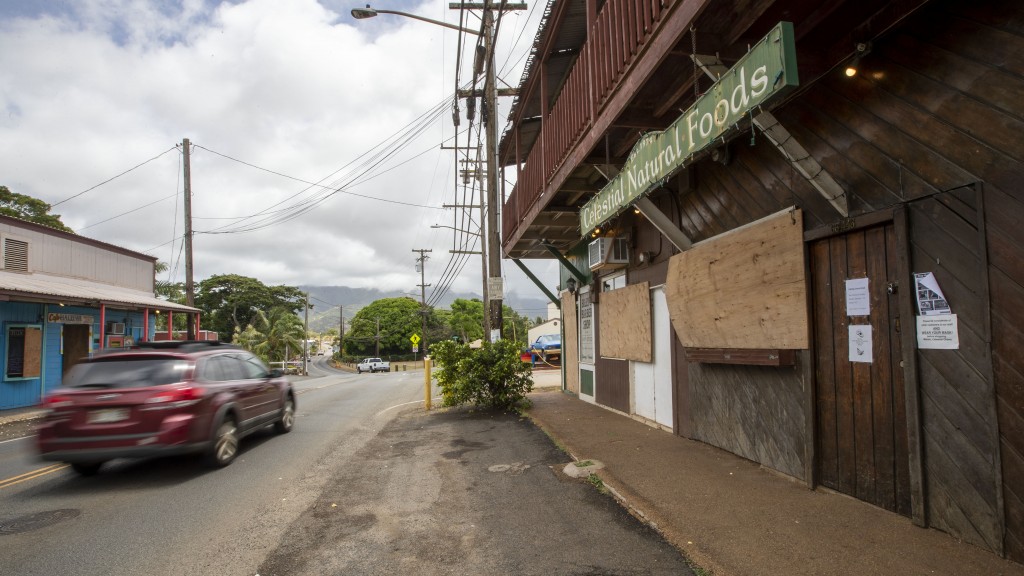 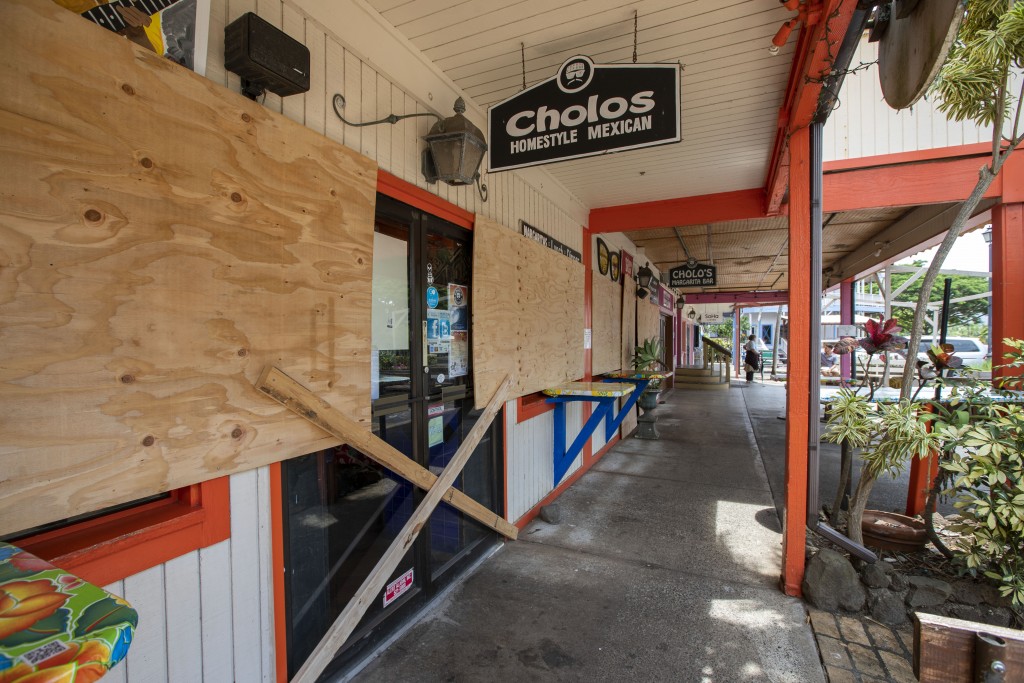 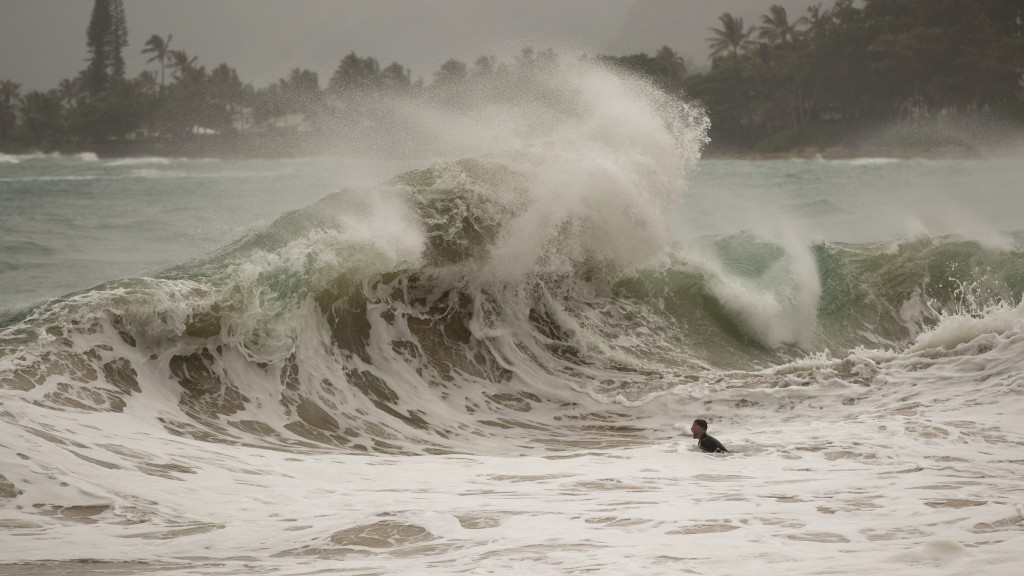 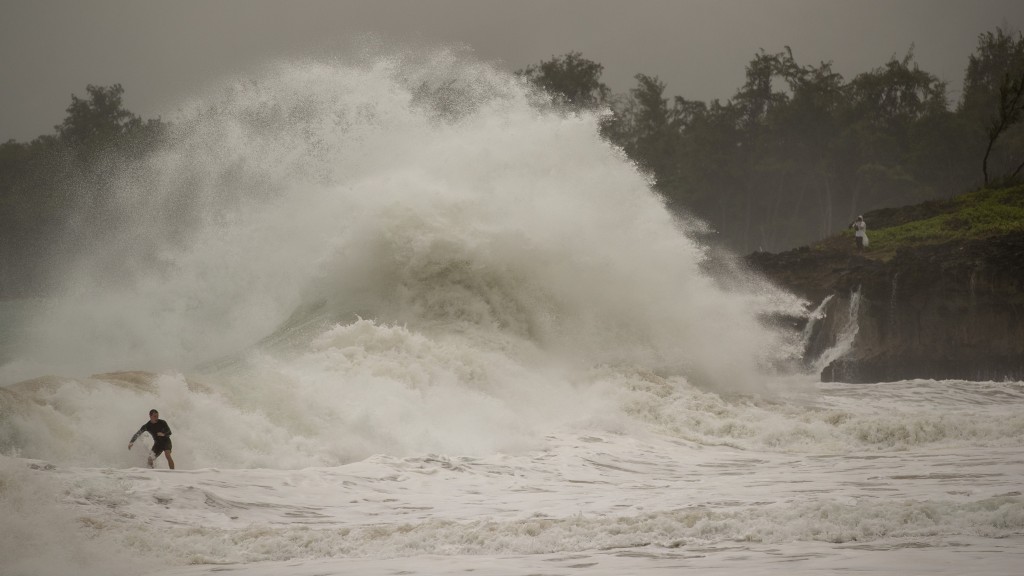 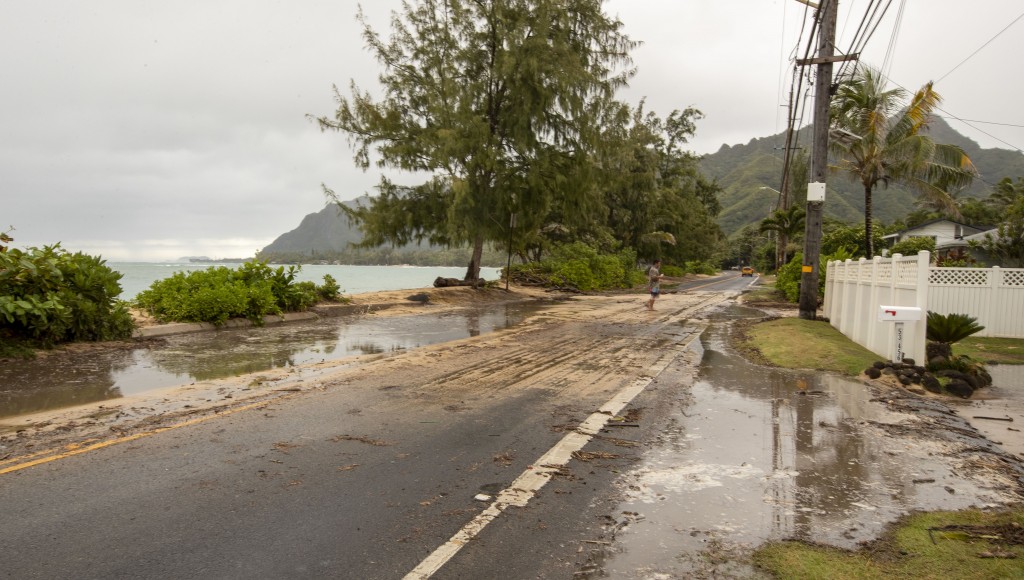 HONOLULU (AP) — Hurricane Douglas came within “razor thin” distance of the Hawaiian Islands but spared the state the worst of the strong winds, storm surge and flooding officials had warned about.

Meteorologists cautioned the hurricane's path could shift slightly and Douglas could still unload its destructive power on the islands of Oahu and Kauai.

“It’s still not out of the realm of possibilities. So we want people to really remain vigilant and stay prepared, at least for tonight,” Eric Lau, a meteorologist with the National Weather Service in Honolulu said Sunday.

Late Sunday, Douglas was 65 miles (105 kilometers) northeast of Honolulu. It had maximum sustained winds of 85 mph (140 kph), making it a Category 1 hurricane.

Heavy rain and wind gusts battered Maui during the morning, downing a small tree on the Hana Highway.

Despite the dangers, surfers rode waves and residents took selfies at a lookout point next to the ocean.

Lau said Douglas would have been a lot worse had its track been 20 or 30 miles (32 to 48 kilometers) to the south.

One reason is that this path put Douglas to the north of the state and not directly over the islands. Another is that this path mostly put the island chain near the southwest quadrant of the storm, which is often less destructive than the northeast and the right side of a hurricane's eye, Lau said.

“We were really playing with a really fine line, a razor thin line between what we’ve experienced today compared to what we could have experienced,” he said.

Duke Stevens, who lives in Hana on Maui’s eastern tip, said by early afternoon there was no longer any wind and the light rain that fell persistently through the night had subsided.

Antonia Hall of Kihei in west Maui said the storm avoided her area, although she and others were prepared for the worst.

“Maui has skirted so many hurricanes,” she said. “This is just kind of something we go through here.”

She brought her porch furniture inside, bought nonperishable food and filled her bathtub for an emergency water supply. Hall also made an early recording of her weekly podcast and gave it to a friend in case she was unable to broadcast from home.

Honolulu Mayor Kirk Caldwell urged residents to take the threat seriously, saying Oahu has repeatedly gotten lucky in recent years as hurricanes bearing down on the island have ultimately fizzled out or veered away. But he cautioned that “we're not always going to be lucky.”

About 300 people evacuated to the Hawaii Convention Center on the edge of Waikiki. On Maui, 22 people were at five shelters around the island.

Evacuees were told to bring masks and hand sanitizer along with the usual emergency supplies of food and water. People will have to wear face coverings to be admitted, and will have to wear them unless they are eating, drinking or sleeping.

State health department officials contacted each of the 625 people who were currently in isolation or quarantine as of Friday because they are either COVID-19 positive or have been in contact with someone who is. Every one of those indicated they would shelter-in-place and not seek refuge at a hurricane shelter.

Hawaii has some of the lowest coronavirus infection rates in the nation, but COVID-19 numbers have been rising in recent weeks. For three consecutive days through Saturday, Hawaii reported record highs of newly confirmed cases.

President Donald Trump issued an emergency declaration for Hawaii because of the hurricane, directing federal assistance to supplement state and local response efforts.

Hawaiian Airlines canceled all Sunday flights between Hawaii and the U.S. mainland and also between the islands.