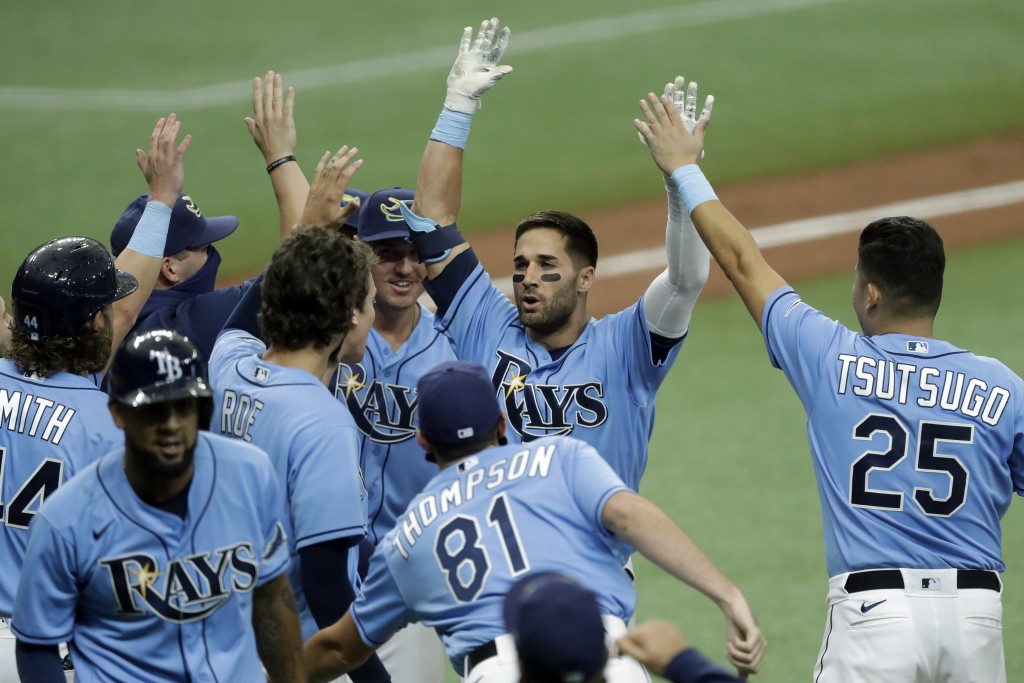 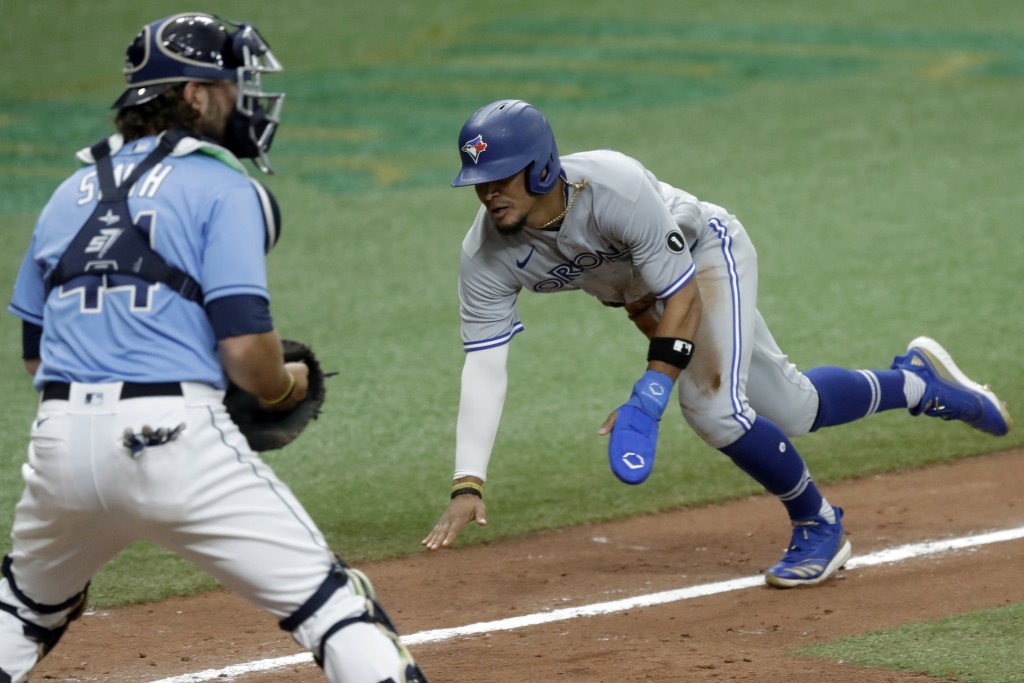 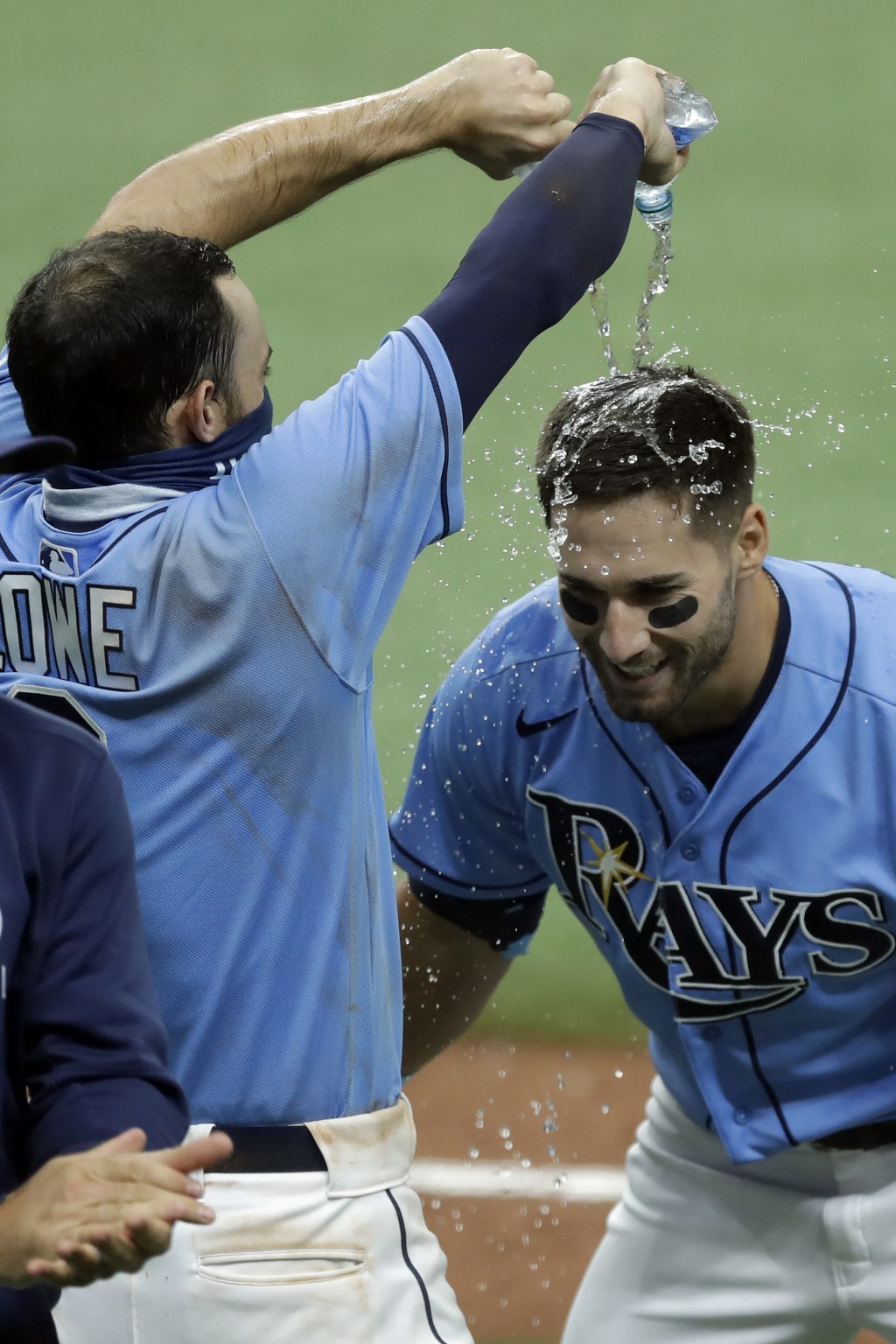 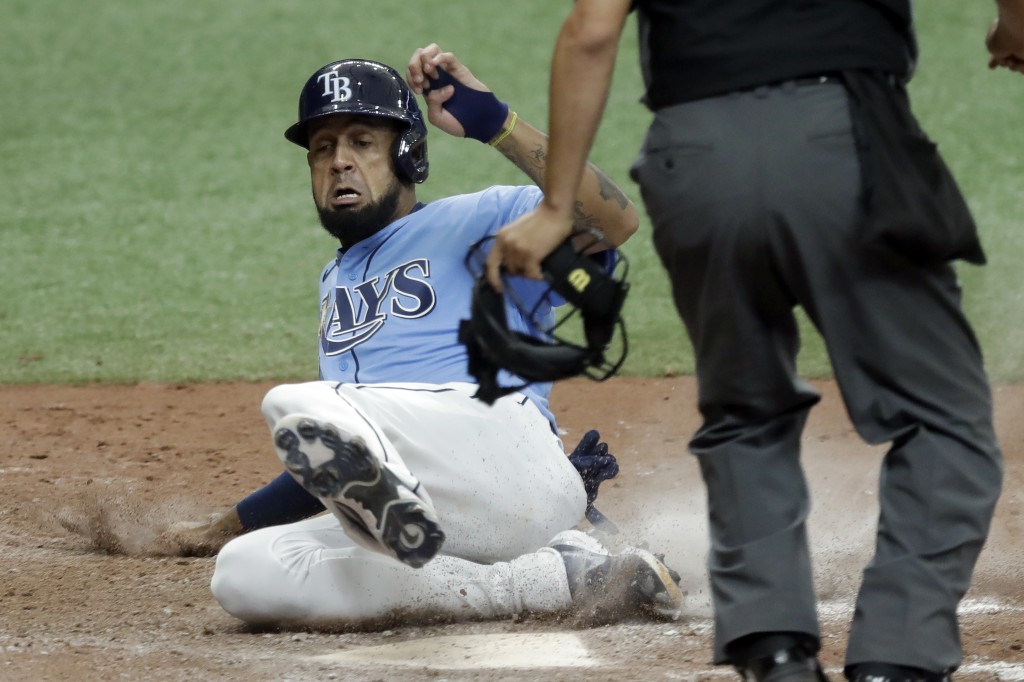 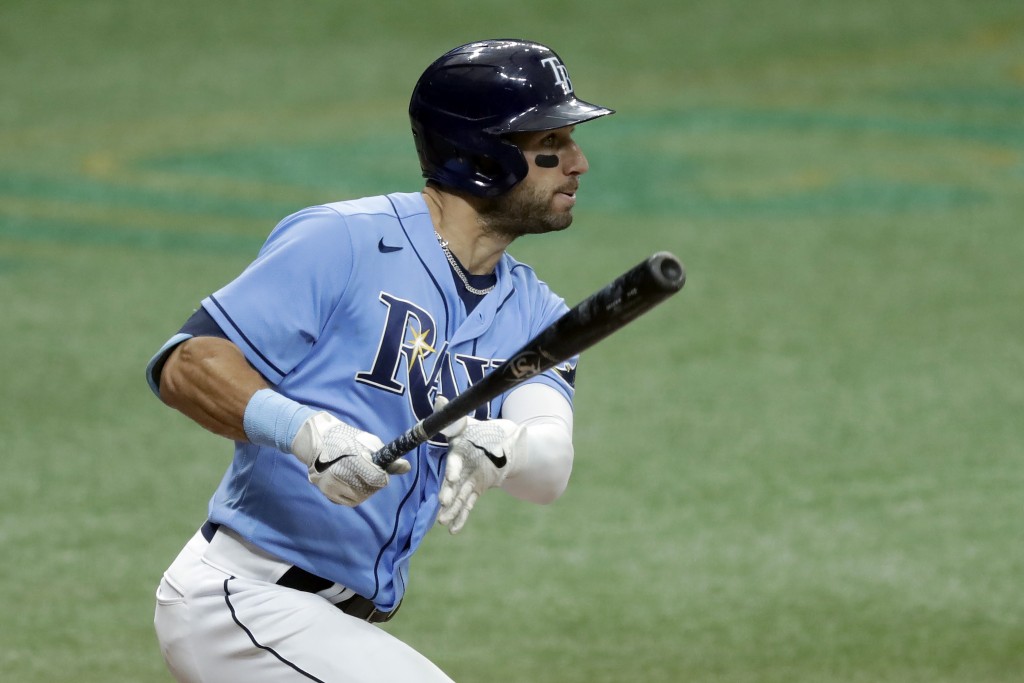 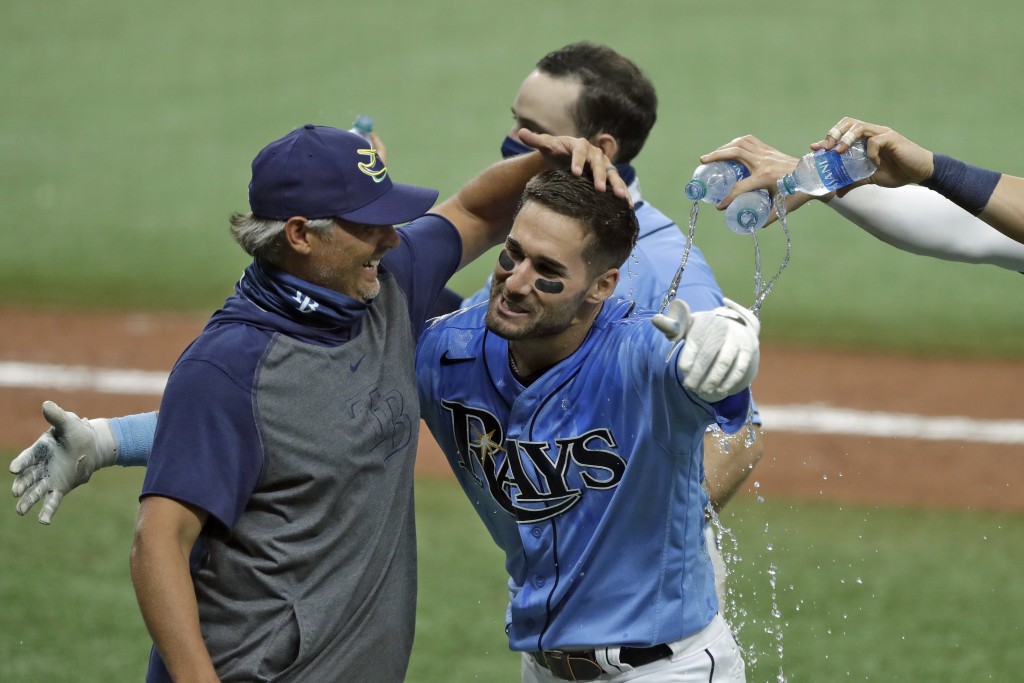 ST. PETERSBURG, Fla. (AP) — Kevin Kiermaier's first hit of the season, a two-run triple into the right field corner in the 10th inning, gave the Tampa Bay Rays a 6-5 victory over the Toronto Blue Jays on Sunday.

Tampa Bay's defensive whiz delivered the second walkoff hit of his career after the Rays scored twice in the ninth to force extra innings, then fell behind again 5-4 when Blue Jays pinch-runner Santiago Espinal stole third base and scored on Lourdes Gurriel Jr.'s sacrifice fly off Chaz Roe (1-0).

The Rays began the bottom of the 10th with Kevan Smith on second base. Jose Martinez drew a walk from Shun Yamaguchi before Kiermaier — a three-time Gold Glove center fielder — ended an 0-for-11 skid to begin the pandemic-delayed season.

The loss concluded an unsettling week for the displaced Blue Jays, who will not play any home games in Toronto this season after being denied permission by the Canadian government to play at Rogers Centre during the pandemic.

Instead, the team will play a majority of its home dates in Buffalo, New York, in a minor league stadium undergoing improvements.

Anthony Kay pitched 2 2/3 innings in relief of rookie starter Thomas Hatch, who made his major league debut for the Blue Jays. He was in a position to get the win until closer Ken Giles faltered after getting two outs in the ninth.

Hatch walked two but didn’t allow a hit while striking out three in 2 1/3 innings.

Kay worked into the sixth inning, when Tampa Bay’s Ji-Man Choi hit the first right-handed home run of his career and Brandon Lowe followed with a double to end the Toronto reliever’s day.

The lefty-swinging Choi, who experimented with batting right-handed during workouts in spring training and summer camp, switched over to the right side for two at-bats against Kay. After striking out in the third, he drove the left-hander’s first pitch of the sixth over the wall in left center field.

Blake Snell, the 2018 AL Cy Young award winner, started for the Rays. The lefty, looking to rebound from going 6-8 with a 4.29 ERA last season, pitched two scoreless innings but had to work out of jams in each of them.

Toronto left the bases loaded in the first, then stranded two more runners in the second. The Blue Jays finally broke through against Trevor Richards (0-1) in the sixth, beginning the inning with six consecutive hits.

Manuel Margot’s fielding error allowed the first Blue Jays run to score. Danny Jansen followed with a RBI single, and Bichette extended the lead to 4-0 with his two-run single.

Toronto’s Cavan Biggio singled in the eighth, extending his on-base streak to 32 games, the longest active stretch in the majors.

Blue Jays: CF Randal Grichuk left the game with an apparent injury during the sixth inning. Giles was removed with the bases loaded and a 3-1 count on Choi in the ninth. The Blue Jays did not make an immediate announcement on either player.

Rays OF Austin Meadows, placed on the injured list after missing most of summer camp due to testing positive for the coronavirus, took part in a simulated game in Port Charlotte, Florida. Manager Kevin Cash said there’s no definitive timetable on his return. Meanwhile, RH Diego Castillo remains on paternity leave, though he possibly could return as early as Monday.

Blue Jays: RH Trent Thornton (6-9, 4.84 ERA in 2019) takes the ball for the first of four consecutive games against defending World Series champion Washington, the last two of which will be “home’’ games. The Blue Jays announced last week that they will play a majority of their home games at Sahlen Field in Buffalo. The Triple-A ballpark is being upgraded and not yet ready for major league games.