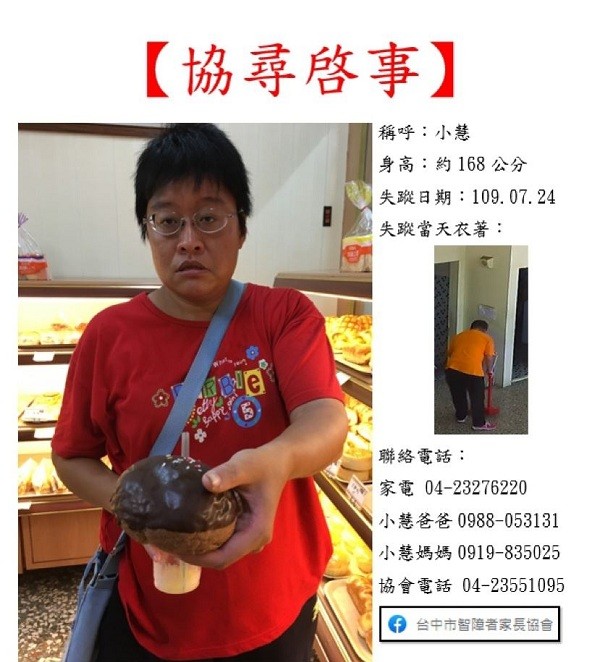 TAIPEI (Taiwan News) — The parents of a Taichung woman who has a mental disability have been searching for their missing daughter since Friday (July 24), when she went missing after getting off a bus at the wrong stop.

Xiao Hui (小慧), 39, is unable to speak, has no cellphone, and is only carrying a contact book for Taichung's association of parents with mentally disabled children (台中市智障者家長協會), per CNA. After Xiao Hui left the association, she took Fengyuan Bus 55, but as there are no records of her disembarking, locating her has proven difficult.

Police have so far failed to locate any relevant surveillance footage.

Xiao Hui's parents said that Xiao Hui, who on weekdays lives at the institute, whose booklet she carries, usually leaves home every Monday and comes back every Friday. She has not experienced any transportation mishaps in the last five years.

Her parents said that their daughter had originally meant to take Bus 300, get off at the National Museum of Natural Science stop, and walk five minutes home from there.

Instead, she apparently took the wrong bus, then took another Taichung Bus and got off again after two minutes. Finally, she took Fengyuan Bus 55, getting off at an unknown stop.

The Taichung Social Affairs Bureau has urged the public to keep an eye out for Xiao Hui. She is reportedly wearing an orange blouse, black pants, and glasses, and she has short hair and is slightly overweight. 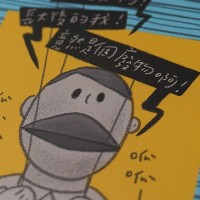 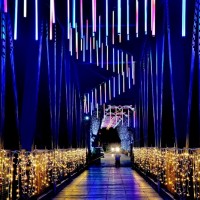 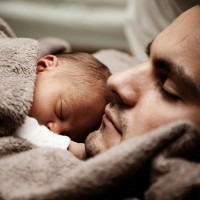