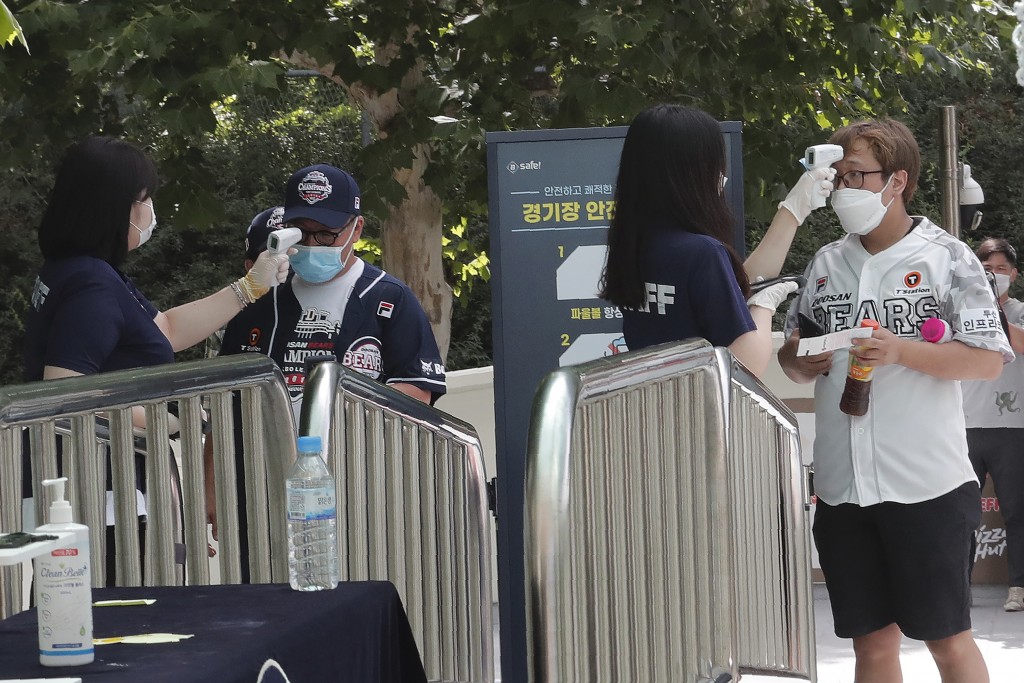 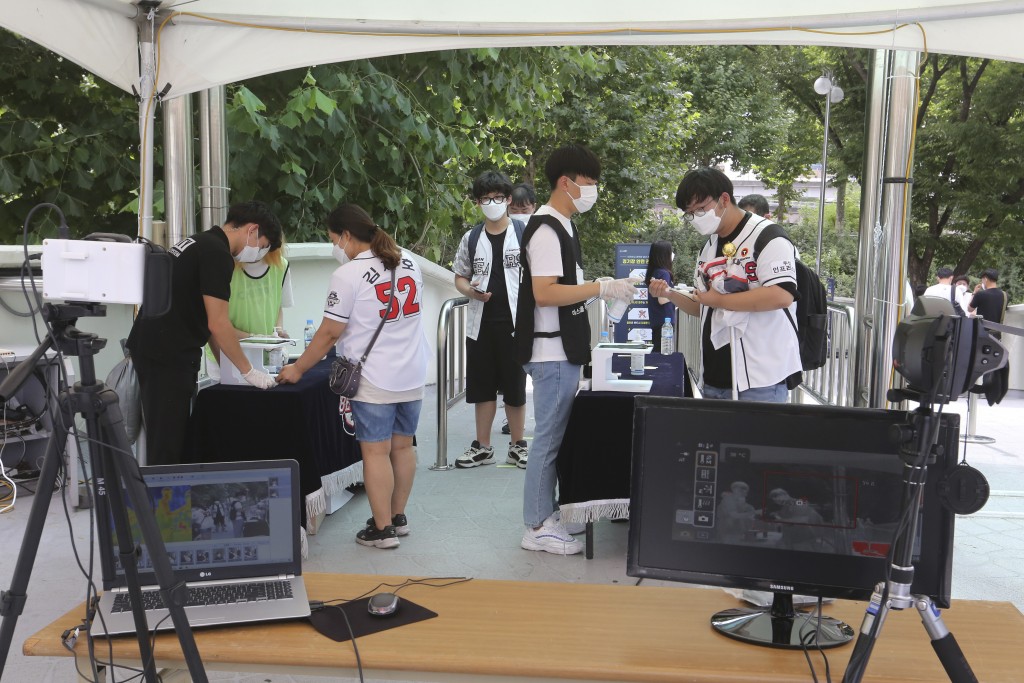 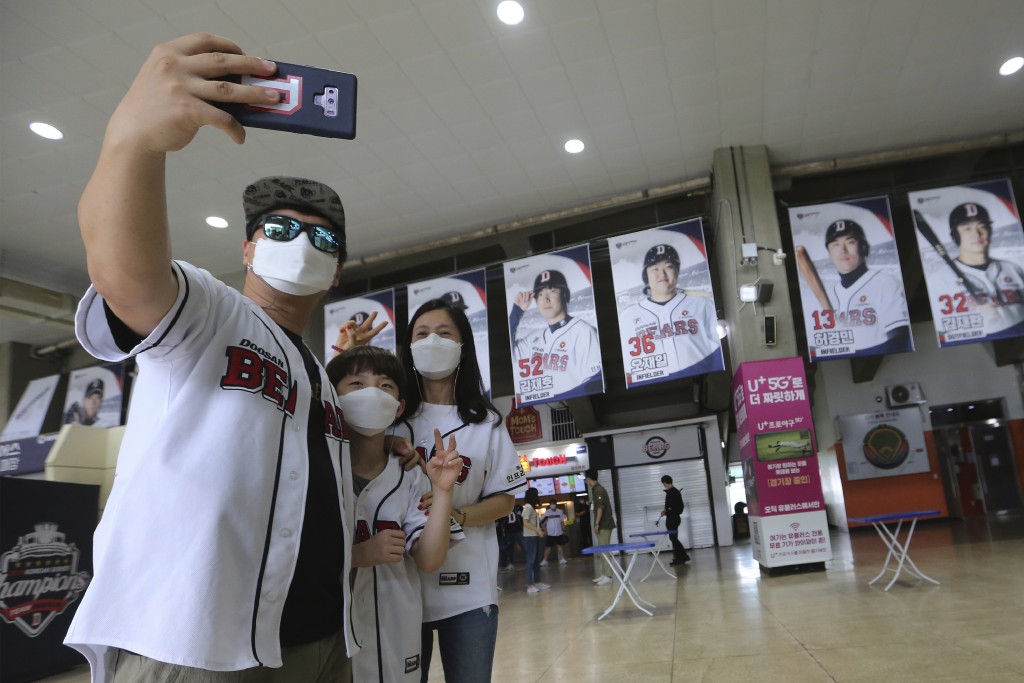 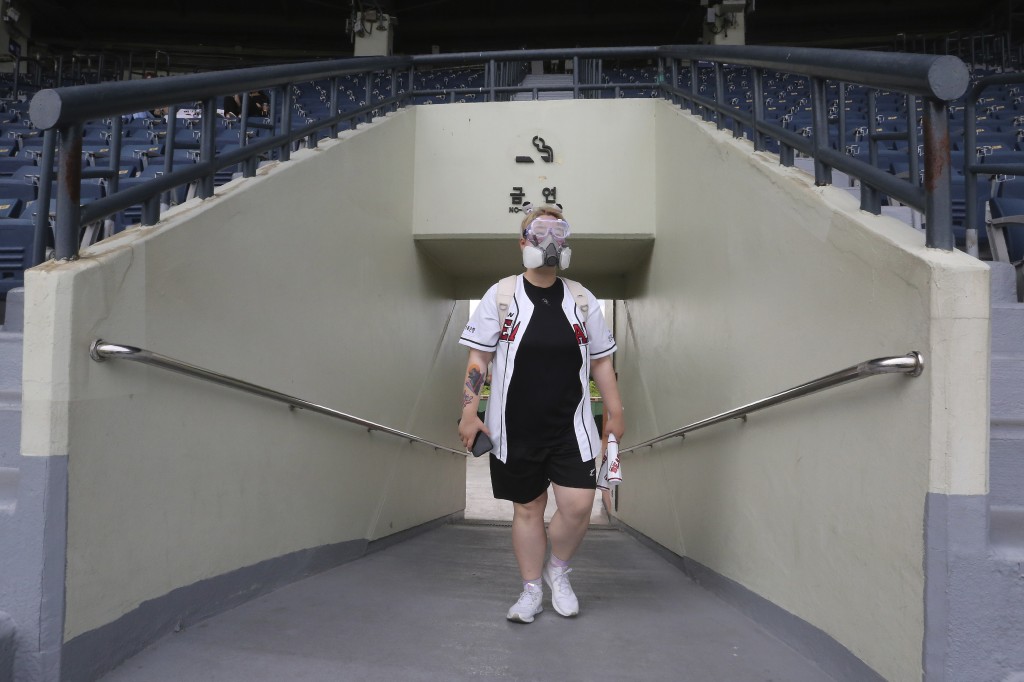 After a weeks-long delay, South Korea’s 2020 baseball season began in early May without fans in the stands amid a then-slowing virus outbreak in the country. Seats in baseball stadiums had since been filled with cheering banners, dolls or pictures of fans.

On Sunday, the Korean Baseball Organization allowed a limited number of fans, or 10% of the stadium capacity, to watch games live. They entered stadiums after their temperatures and smartphone QR codes were checked. During the games, they were required to wear masks and sit at least a seat apart while being banned from eating food and drinking any alcoholic beverages in line with the KBO guidelines.

During a game between Doosan Bears and LG Twins at Seoul’s Jamsil baseball stadium, fans wearing the teams' jerseys still shouted their favorite players’ names, raised banners and sang fight songs. Some Bears fans jumped from their seats when Choi Joo-hwan hit a two-run home run at the bottom the 2nd inning.

Two of the five baseball games Sunday still continued without fans because they were held in area where stricter social distancing guidelines are in place.

Health authorities said Friday that the professional soccer league will also be allowed to have fans back in the stands from Aug. 1, and also starting with 10% of the stadium capacity. Senior Health Ministry official Yoon Taeho told reporters that professional golf tournaments will still continue without galleries until at least late August.

South Korean officials plan to allow more fans into baseball and soccer stadiums if they report progress in anti-virus campaigning.

South Korea has seen an uptick in new virus cases since it eased its rigid social distancing rules in early May. But the country’s caseload hasn’t exploded like its earlier outbreak in late February and early March, when it recorded hundreds of new cases every day.

Earlier Sunday, South Korea reported 58 additional cases of the coronavirus over the past 24-hour period, a day after it reported 100-plus for the first time in nearly four months.