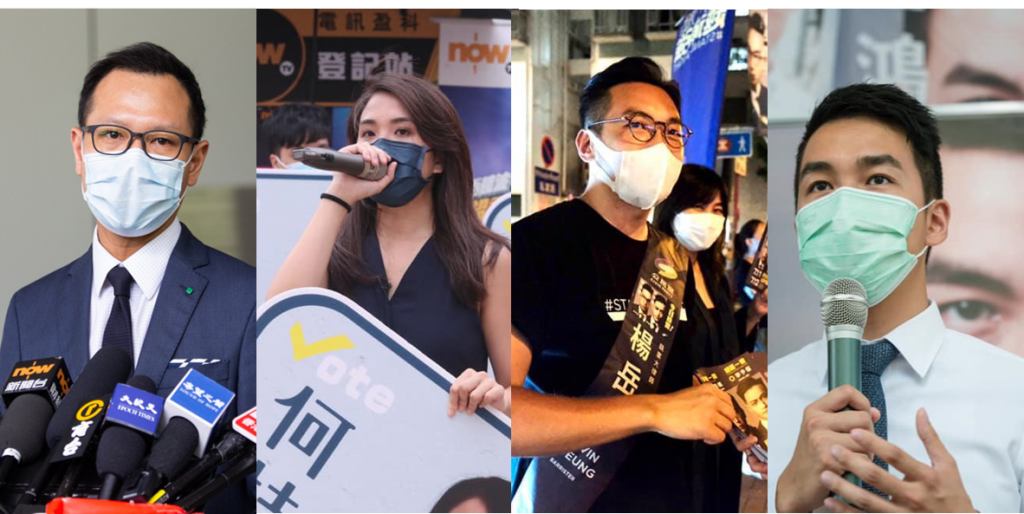 The questions in the letters vary from candidate to candidate, but they mainly focus on the following domains: whether they support foreign sanctions for the territory, whether they will boycott all the government's budget plans to achieve their demands once elected, whether they advocate Hong Kong's independence, and whether they object to the national security law.

Back in early June, numerous pro-democracy candidates signed a joint statement in which the signatories agreed to use the legislative power granted by the Basic Law to reject the government's budget plans. If they were to do so, the chief executive would need to respond to their "Five Demands," including withdrawing all the charges against protesters, holding police accountable for their violence, increased democracy, and more.

After the primary, several pro-democracy candidates categorized as in the localist camp released another statement, saying they firmly oppose the national security law and will not sign any paper that requires candidates to endorse the law in order to qualify.

According to the letter released by Gwyneth Ho, one of the questions the returning officer from the New Territories East constituency asked her is whether she disagrees with Beijing's national security law for Hong Kong.

The returning officer said that she would consider Ho's response to decide whether her nomination would be valid. Ho was told to reply before 2:00 p.m. on Sunday (July 26) — just a day later.

The Civic Party criticized the timing as unreasonably short. It added that to verify the political stances of candidates in order to determine eligibility violates the basic principles of fairness.

Civic Party candidate Alvin Yeung (楊岳橋) chose to respond to the questions before the deadline.