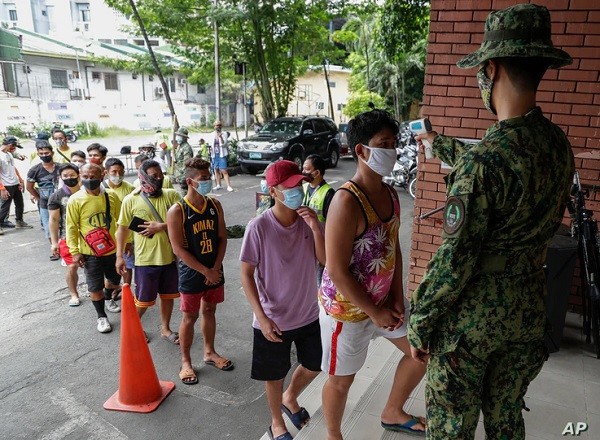 Case No. 456 moved to the Philippines for work in November last year. Starting on July 13, he developed a cough and began to feel fatigued, prompting him to seek medical treatment.

Although he tested negative for the disease on July 21, he was sent to a hospital to undergo further testing. On July 24, the man was diagnosed with the disease.

The health department has identified 32 individuals who came into contact with the man, including 21 fellow passengers and 11 crew members on his flight over. The passengers have been told to undergo home isolation while the crew members have been advised to implement self-health monitoring.

Case No. 457 traveled to the Philippines in March this year to visit relatives. He returned to Taiwan on July 13 and went to his residence to begin home quarantine.

From July 13-15, the individual developed symptoms of coronavirus, including a headache and loss of sense of smell and taste. Starting on July 17, he began to experience a fever and headache.

On July 20, he notified the health department, which arranged for him to undergo a test for COVID-19. On July 24, he was confirmed to have the disease.

The health department has identified a total of 37 persons who were recently in touch with the man, including 15 passengers and 14 crew members on his flight, as well as eight local people. As the CECC deems the 29 passengers and crew were properly protected during the flight, they have been asked to begin self-health monitoring.

As for the eight local individuals, seven live in the same residence as the man, and one lives in another location. All eight have been told to start home isolation.

The third patient, Case No. 458, went to work in the Philippines in January this year. On July 14, she began to develop telltale symptoms of the disease, including fever, loss of the sense of smell and taste, and diarrhea. After taking some medication, she said that her symptoms eased.

In addition, when she took a test for coronavirus at her company, the results were negative. When she returned to Taiwan on July 22, she proactively told quarantine officers that she had recently suffered symptoms of the coronavirus.

After testing the woman for the disease, she was transferred to a local quarantine center to await the results. On July 24, she was diagnosed with coronavirus and placed in a hospital isolation ward.

The health department has identified a total of five passengers who sat immediately in front or behind the woman on her flight over and have been told to undergo home isolation. Nine foreign crew members from the flight who did not enter the country have been identified and the CECC will contact their countries of origin, via the World Health Organization's National IHR Focal Point.

The CECC on Friday did not announce any new reports of people with suspected symptoms. Since the outbreak began, Taiwan has carried out 80,270 COVID-19 tests, with 79,263 coming back negative.

Taiwan has now extended its streak of no new local infections to 107 days, with the last local case reported on April 8. Out of 458 total confirmed cases, 367 were imported, 55 were local, and 36 came from the Navy's "Goodwill Fleet."

Up until now, seven individuals have succumbed to the disease, while 440 have been released from hospital isolation. This leaves 11 patients still undergoing treatment for COVID-19 in Taiwan. 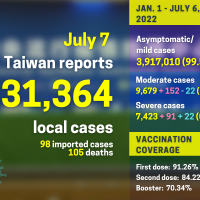