TAIPEI (Taiwan News) — Controversial Philippine President Rodrigo Duterte has made headlines again by suggesting the use of gasoline to disinfect face masks against the coronavirus.

The leader of the Southeast Asian nation, known for his off-the-cuff remarks, said in a public speech on Tuesday (July 21) diesel and gasoline can be used to sterilize masks for reuse.

“Hang it somewhere and spray it with Lysol if you can afford it,” the Rappler quoted him as saying. “Drench it in gasoline or diesel if you don’t have those. That son of a bitch COVID won't be able to fight that,” he added.

The remark has left many dumbfounded, with the Office of the President and Department of Health (DOH) rushing to clarify the public health message that it should not be taken seriously. DOH Undersecretary Maria Rosario Vergeire noted on Thursday (July 22) it was probably one the president’s jokes, “You know how the president speaks,” wrote Fox News.

Contentious speeches that sometimes contain offensive language have been a hallmark of Duterte's presidency. In April, he gave an order to the police to shoot people who flout disease control measures and create trouble.

His counterpart in the U.S., Donald Trump, has also proposed unconventional ways to counter the novel virus, by suggesting the “injection of disinfectant into the human body.” He later dismissed the claim as a sarcastic comment, amid a wave of criticism for his anti-science approach. 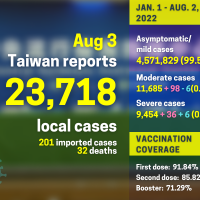 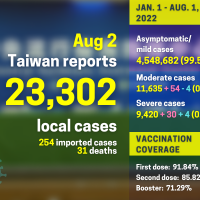