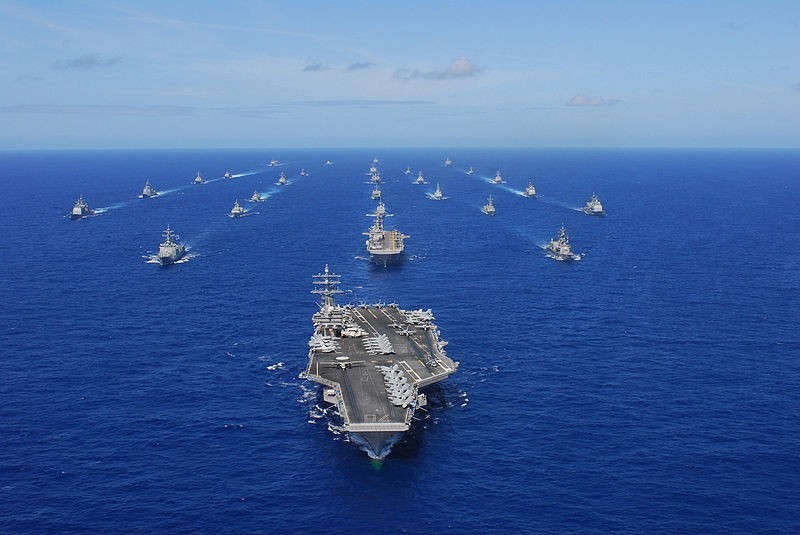 TAIPEI (Taiwan News) — The U.S. Senate on Thursday (July 23) passed its version of the 2021 National Defense Authorization Act (NDAA), which includes provisions to prevent China achieving a "fait accompli" occupation of Taiwan and for the country to take part in Rim of the Pacific (RIMPAC) maritime exercises in August.

In Section 1258, the bill reiterates the Taiwan Relations Act (TRA) and the "Six Assurances" as the foundation of U.S.-Taiwan relations. It points out the TRA does not impose restrictions on the deepening of extensive, close, and friendly bilateral relations, including defense relations.

The bill then cites the requirement in the TRA that the U.S. must maintain its ability to "resist any resort to force or other forms of coercion that would jeopardize the security, or the social or economic system, of the people on Taiwan." Also included is the U.S. assurance of preventing China from achieving a "fait accompli" occupation, meaning China's People's Liberation Army (PLA) manages to overwhelm Taiwan's defenses before the U.S. military can dispatch forces to the region.

Under Section 1259, the Senate suggests the U.S. Department of Defense should dispatch the USNS Comfort and USNS Mercy to make port calls in Taiwan, in order to continue collaboration between the U.S. and Taiwan in combating the Wuhan coronavirus (COVID-19) pandemic. Recommended areas of cooperation include research and development of tests, vaccines, and medicines and donations of face masks, in order to further improve collaboration between the U.S. and Taiwan in the fields of military medicine, humanitarian assistance, and disaster relief.

The bill also emphasizes that such exchanges could enable U.S. personnel to benefit from the expertise of their Taiwanese counterparts, "in light of the successful response of Taiwan to COVID–19."

The House passed its own version of the bill on Tuesday (July 21) with a vote of 295 to 125. The two chambers will negotiate on a finalized version that will have to be passed in both legislative bodies before it can be placed on the president's desk for signing into law.