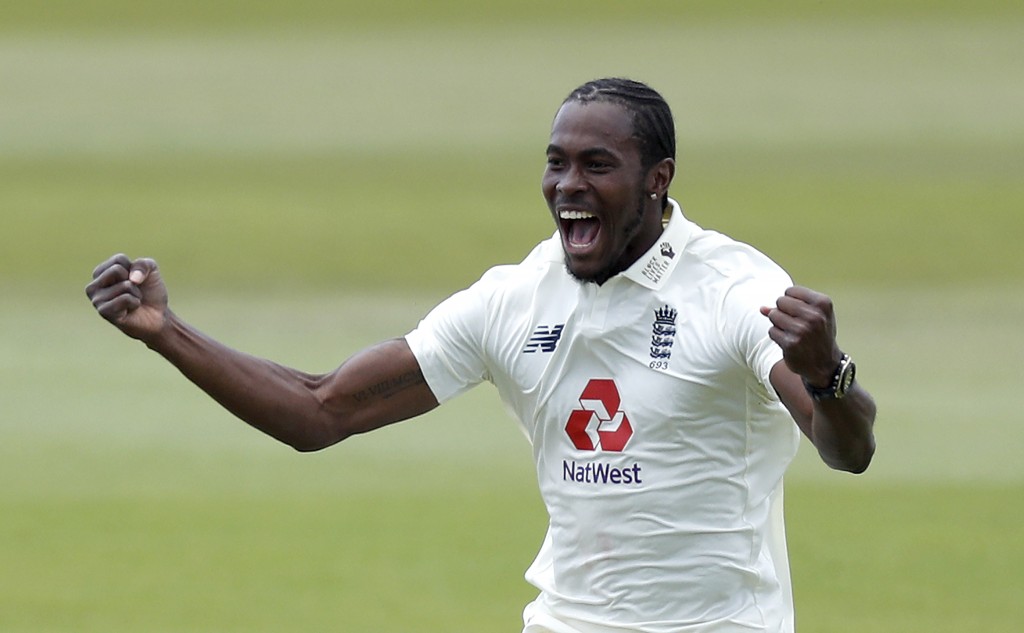 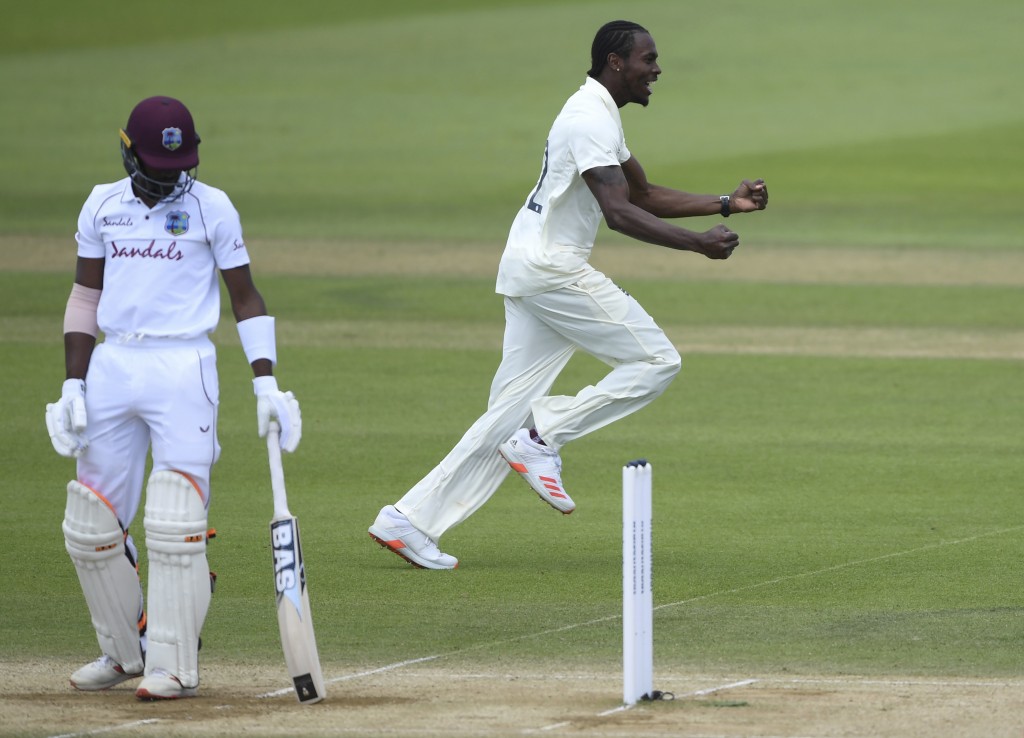 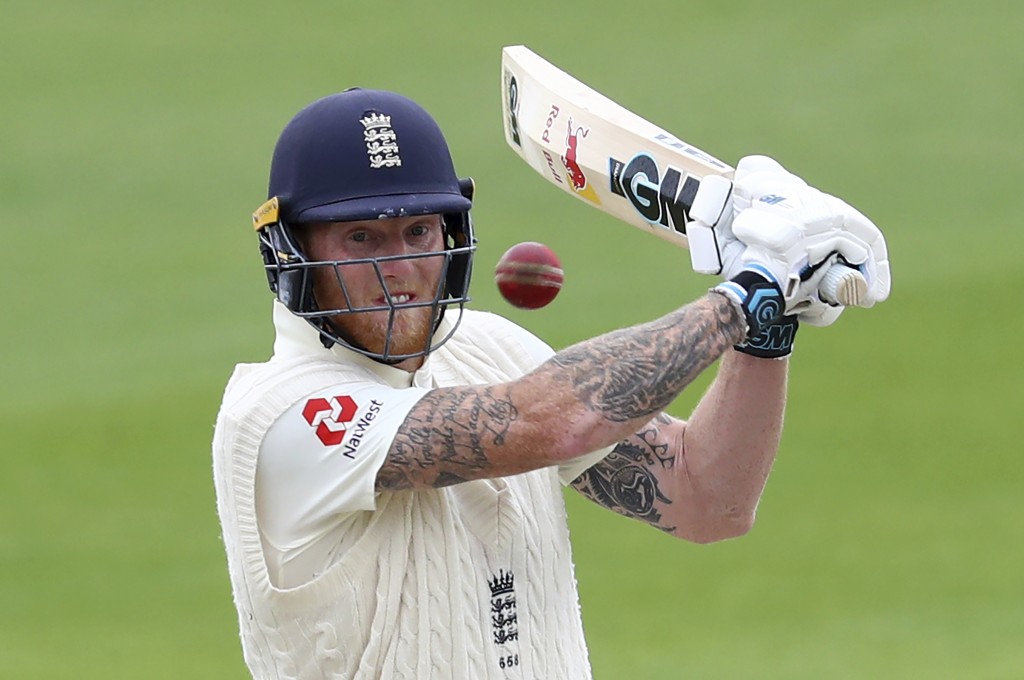 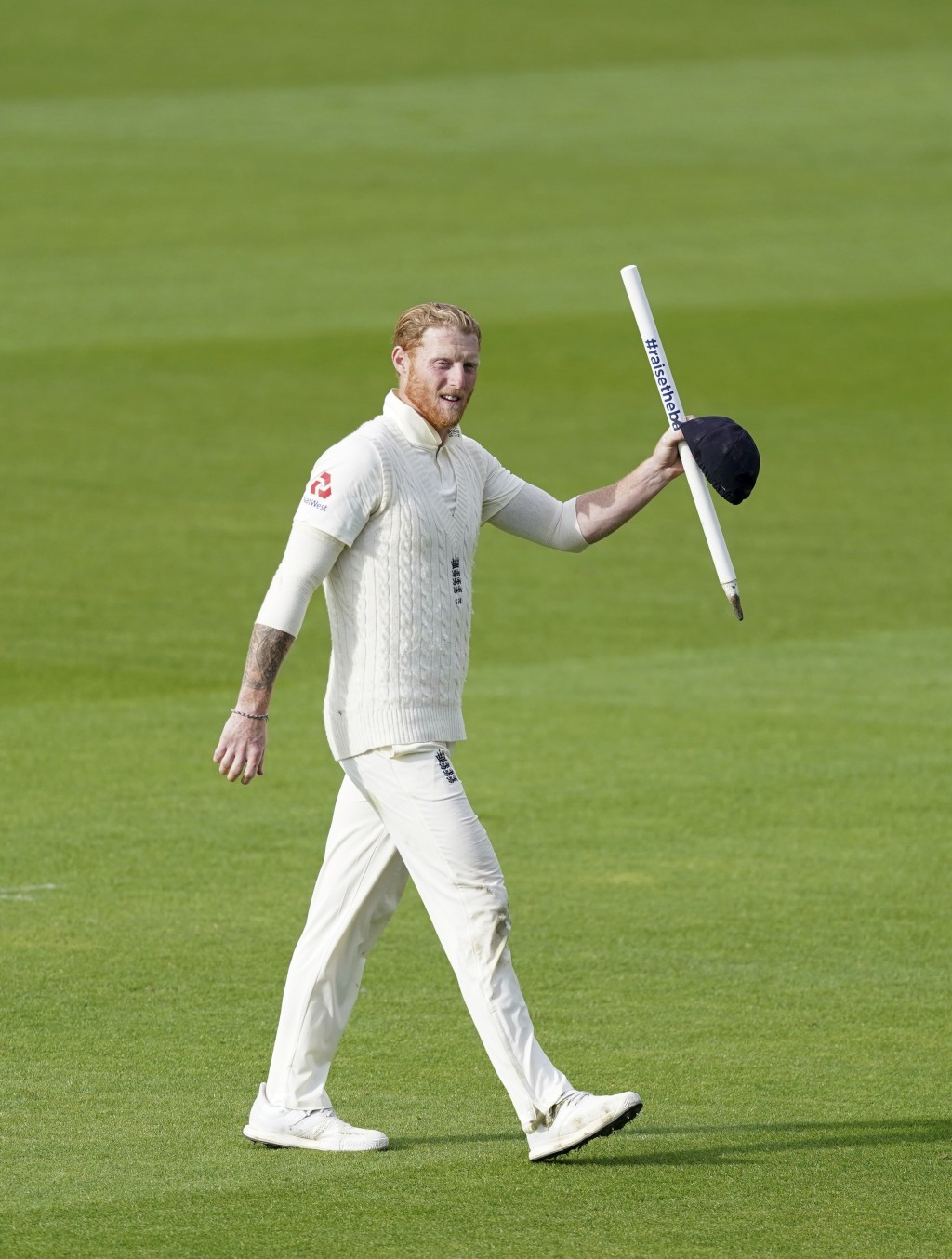 Six into three will not work on Friday, when England will reveal who are its best seamers for the deciding test against the West Indies at Old Trafford.

England named its squad on Thursday, and delayed showing its hand by picking all six of its seamers, including Jofra Archer, who was dropped before the second test for breaking health protocols through an unauthorized trip home.

Archer’s misdeed -- which also cost him extra isolation, a 15,000 pounds ($19,000) fine and a written warning -- won’t be counted against him for the three fast bowling berths in the playing XI, England says. Archer, who received racial abuse on social media, was cleared to play this week after two negative tests for the virus, and captain Joe Root said he's been bowling at “the speed of light.”

Archer, James Anderson and Mark Wood played in the first test in Southampton, where the West Indies won by four wickets.

England has talked about planning for the future but coach Chris Silverwood said this week the prime goal is to win the series, so some egos will have to be bruised. Silverwood said the best three will be chosen and the three who miss out will know their place.

“We’ve got to put out the strongest attack that’s available to us,” Silverwood said. “It’s very difficult to keep everybody happy all the time. But if you do things for the right reason, I think there’s an understanding there. It’s about being very honest and open with what we are trying to do and why.”

Workload will also be an issue. The three tests are condensed into 21 days, and while the fast bowling has been rotated, allrounder Ben Stokes hasn’t missed a day.

In carrying England through the second test by batting for most of both innings and chipping in with three wickets and inspirational fielding, he pulled up in mid-over on the last day with a quadricep injury. Root was moved to describe Stokes as “Mr Incredible” after the win.

But the injury to the world’s new No. 1-ranked allrounder and No. 3 batsman behind only Australia’s Steve Smith and India’s Virat Kohli has England considering playing Stokes as a specialist batsman, and possibly playing a fourth seamer at the expense of spinner Dom Bess.

“(Stokes is) fit to play the game, it’s just how much of an impact he can have with the ball throughout the whole game and in the second innings,” Root said. "We’ve got another day to work it out and be a bit more confident about it and we’ve got plenty of good options.”

While England rotated its seamers between tests, the West Indies went unchanged and Shannon Gabriel (nine wickets in the first test, none in the second) and Alzarri Joseph (2, 1) left the field in Manchester for running repairs.

West Indies assistant coach Roddy Estwick said they had no major injury concerns, but selection will rely on the honesty of their pace bowlers about how they’re holding up after another quick turnaround.

An alternative is offspinner Rahkeem Cornwall, in tandem with Roston Chase’s spin. Cornwall took 10 wickets against Afghanistan in his last test in November, and was rated by West Indies captain Jason Holder on Thursday as a better spinner than England’s Bess and Jack Leach.

Holder also backed top-order batsmen John Campbell and Shai Hope, who have totaled 52 and 57 runs in the series, to come right.

"The spirits in the dressing room are still very, very high,” Holder said. “We still have a really good opportunity to win this series and everybody’s upbeat for the occasion because we know what’s at stake.”

The West Indies still has a chance to win a test series in England for the first time since 1988, while England is defending a six-year unbeaten run at home.

Cricket’s comeback in the pandemic has been a resounding success, even in the sterile atmosphere of English stadiums without crowds. Despite rain interruptions -- or perhaps because of -- both tests entertained and were decided in thrilling last sessions.