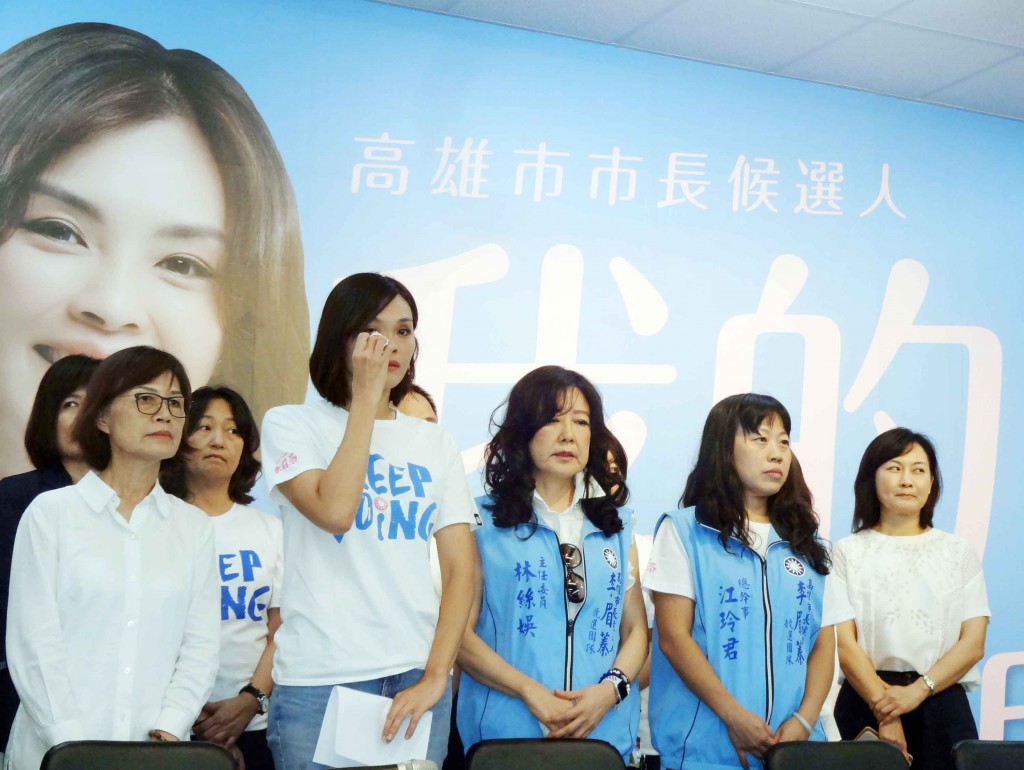 TAIPEI (Taiwan News) — The Kuomintang (KMT) candidate for the Kaohsiung mayoral by-election Li Mei-jhen (李眉蓁) said on Thursday (July 23) that she will give up her master's degree as plagiarism accusations against her thesis continue to mount.

"I hereby announce that I will give up my master's degree at the National Sun Yat-sen University (NSYU)," said Li during a press conference in Kaohsiung. In contrast to her earlier reactions to the scandal, which appear to have only fueled her critics, Li, with a choked voice and teary eyes, apologized for the controversy surrounding her academic ethics, citing carelessness as the culprit.

However, the current law regarding conferring degrees does not grant an individual the right to give up their master's degree. NSYU has launched an investigation into Li's thesis, which has been exposed by the media as having mostly consisted of plagiarism.

The university said on Wednesday that the investigation will be carried out by third-party scholars. If the plagiarism accusations against Li's paper are established, Li may have her degree revoked.

Li's thesis, which contains an analysis of the trade relationship between Taiwan and China, is said to have heavily plagiarized the thesis of Lei Cheng-ju (雷政儒) from the Department of Public Administration and Policy of the National Taipei University. The use of speech notes by Tung Chen-yuan (童振源), currently the minister of the Overseas Community Affairs Council, is also allegedly unattributed.

In fact, Mirror Media on Wednesday revealed 96 percent of the pages in Li's 123-page thesis to be either identical or very similar to Lei's paper, but with some paragraphs moved around. Li used statistics collected by Lei in his thesis — published in 2000 — for her paper submitted in 2008, going so far as to copy errors and typos from his work.

Li made a one-minute statement on Wednesday afternoon without taking any questions from the media, but her remarks have further inflamed the public. Without responding directly to the allegations about her paper, Li challenged President Tsai Ing-wen (蔡英文) for her doctoral degree at the London School of Economics 30 years ago.

The candidate said that she could "finally understand the feeling of Mayor Han Kuo-yu (韓國瑜) and why Hsu Kun-yuan (許崑源) jumped to his death from the 17th floor." Han, the former Kaohsiung mayor and also a member of the KMT, was recalled in June in a dramatic landslide, which prompted the suicide of Hsu, the former speaker of the Kaohsiung city council.