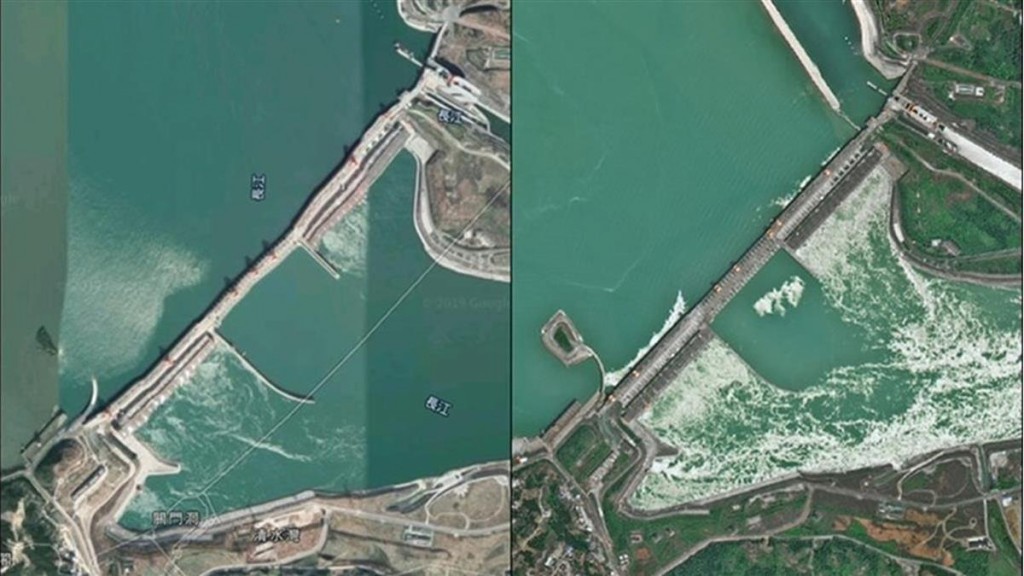 TAIPEI (Taiwan News) — China on Saturday (July 18) reported that the vaunted Three Gorges Dam experienced "displacement, seepage, and deformation" as it was hit with the "No. 2 Flood" of the year but that these were within "the normal range."

On Saturday, China's state-run mouthpiece Xinhua reported that the "No. 2 Flood" of 2020 had formed on the upper reaches of the Yangtze River on July 17. When the massive flood impacted the Three Gorges Dam, the inflow reached 61,000 cubic meters per second by 8 a.m. on July 18, marking the biggest flood to hit the dam this year.

When the flood arrived, the state-run outlet claimed that the Three gorges Hydropower-Complex Project "operated safely and smoothly." By 11 a.m., a Xinhua reporter claimed to witness the dam opening three lower flood gates, resulting in "huge streams of water gushing out."

The report then claimed that monitoring records from the dam's operators show that the main parameters of the dam, including "displacement, seepage, and deformation are within the normal range." It added that the safety indexes of the water retaining structures of the dam are stable.

In addition to a floodwater inflow rate of 61,000 cubic meters per second, the outflow rate has been 33,000 cubic meters per second, with the China Three Gorges Corporation claiming that 45 percent of the floodwaters have been retained behind the dam. According to the report, after absorbing the latest flood, the Three Gorges Reservoir water level has risen to 160.7 meters, more than 15 meters above the flood limit level.

The corporation predicted that the flood would recede after July 18, but a new round of flooding was expected to arrive on July 21. The firm bragged that the dam's 32 main generators, each with a capacity of 700 MW, "roared" and since 8:30 a.m. on July 15 had generated an average of 22,500 MW per day.

On July 21 Chinese state-run voicebox the Global Times cited engineers as saying that the "elastic deformation is recoverable and not permanent, and that of the Three Gorges Dam has always been within the design limits." In another article on July 22, the Global Times cited Wang Hao, an academician of the Chinese Academy of Engineering, as claiming that the "concrete materials used by the dam are different from ordinary concrete" and that it will continue to cure and strengthen until it reaches its "peak strength in 100 years."

Beyond the integrity of the dam, many have questioned the structure's purported purpose of flood control, given the extensive flooding recently seen both above and below the dam. Some Chinese citizens immediately downstream of the dam in cities such as Yichang, which has been hit by severe floods this year, suspect that authorities have been releasing more water from the dam than they are willing to admit to protect it rather than people from harm.

Indeed, satellite imagery of the dam taken on July 9 shows all the floodgates open, despite the fact that China has only admitted to opening "three flood discharging outlets."

In 2019, a Google Maps image surfaced appearing to show the Three Gorges Dam to be badly warped. However, Cao Yi (曹毅), director of the Operations Department of the Three Gorges Group Basin Administration, told The Paper.cn the Google Maps image in question was not taken directly by a satellite, but had been processed by a series of algorithms which caused the deviations. 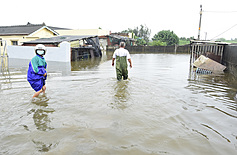