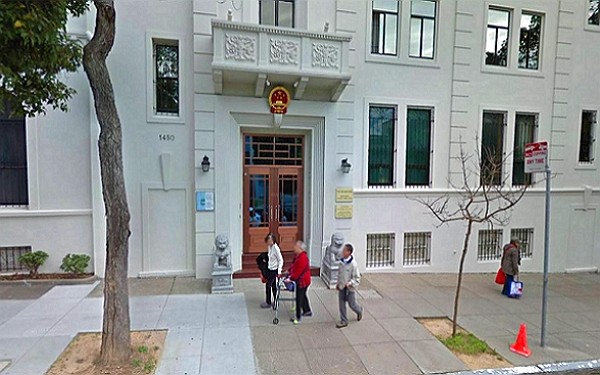 TAIPEI (Taiwan News) — The FBI has accused the Chinese consulate in San Francisco of harboring a Chinese biology researcher who lied about her affiliations with the People's Liberation Army (PLA) to receive an American visa.

According to a filing in the U.S. district court in San Francisco on Monday (July 20), Tang Juan (唐娟), who entered the U.S. last fall to conduct research at the University of California, Davis, had on her visa application denied that she had served in the Chinese military. However, investigators found photos on the Internet of Tang in a military uniform, later discovering that she had worked as a researcher at China's Air Force Military Medical University and was still considered active military personnel.

The FBI stated that when Tang was questioned about her alleged visa fraud on June 20, she insisted there was no connection between her and the PLA or Chinese Communist Party (CCP). The bureau said that sometime after the interview, Tang decided to seek shelter at the Chinese consulate, where she remains, reported Axios.

Tang was charged with visa fraud on June 26 after the investigators found evidence of her PLA connections in her home. Attorneys have described Tang's case as unusual since foreign consulates typically do not provide refuge to defendants in criminal cases.

The news comes shortly after the U.S. ordered China to close its consulate in Houston, Texas. U.S. government officials, including Secretary of State Mike Pompeo, have accused Beijing of ramping up spy operations in the country and claimed the move was to "protect the American people and their security," according to Reuters.