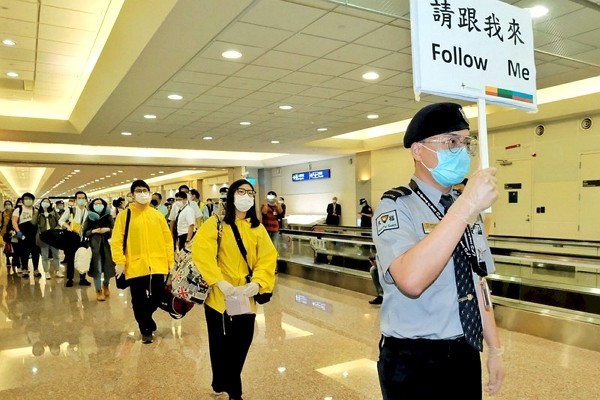 TAIPEI (Taiwan News) — While the Kuomintang (KMT) has expressed gratitude for the Ministry of Education’s (MOE) announcement Wednesday (July 23) that foreign final-year students from all countries (including China) will be allowed to return to Taiwan, the party voiced regret that the status of other degree-seeking students is not yet clear.

The opposition party stated in a press release that since mid-June, the Central Epidemic Command Center (CECC) and MOE have announced multiple times that they would be permitting overseas students to return to Taiwan in batches but that they have deliberately treated Chinese students differently, CNA reported.

The government is still considering political factors rather than assessing epidemic prevention, deliberately discriminating against Chinese students by setting a higher threshold for them than for foreign students from other countries, the KMT stated. The party added that this has severely hindered Chinese students from returning to school in Taiwan and undermined their right to an education.

The KMT pointed out that the right to education should not be based on race, nationality, or social status. Even if the epidemic situation of a nation cannot be ignored, the government must make careful evaluations to avoid infringing on this right, it said.

As far as China is concerned, the KMT said it is obvious that the government has not relied on epidemic experts in assessing the feasibility of Chinese students returning to Taiwan. The party further stated that Chinese students have been idling for an entire semester and that the Taiwanese government is to blame.

Nevertheless, the party remarked that the change to the policy is better late than never, reiterating that it hopes the government will expeditiously open its doors to all Chinese students, safeguard their rights to education, and refrain from hurting innocent students due to political factors, the KMT.