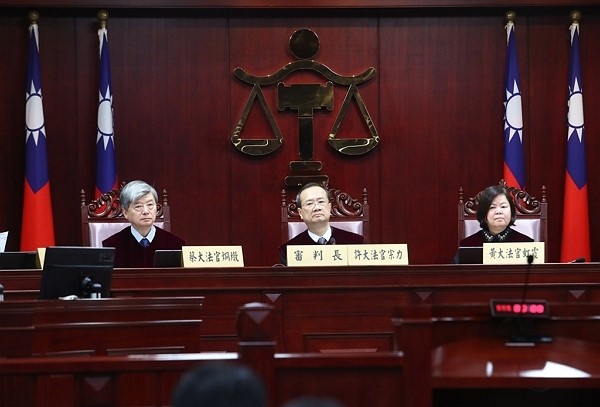 TAIPEI (Taiwan News) — Following the passage of the Citizen Judges Act by Taiwanese lawmakers on Wednesday (July 22), President Tsai Ing-wen (蔡英文) described the new legislation as the first step into a new judicial era and promised that the government would continue to push for legal amendments to the justice system.

After the Legislative Yuan passed the third reading of the new legislation, which enables participation of ordinary citizens in criminal trials, Tsai took to Facebook to address the milestone. She said she had promised Taiwanese citizens a judicial system that incorporates their voices during her 2020 inaugural speech and the act would help generate verdicts that meet the public's expectations.

Tsai pointed out that the current system, which solely relies on the judges to oversee trial proceedings and deliver verdicts, has been questioned due to the lack of citizen participation. She said there was not much room for citizens to voice their opinions in the past, but the new law has guaranteed systemic change.

The Taiwanese leader labeled the Citizen Judges Act "epoch-marking" and emphasized that a gradual judicial reform would be carried out to ensure societal progress and public consciousness of the rule of law. She also expressed gratitude to the lawmakers who spent more than 30 hours reviewing the draft bill as well as experts who offered their input, reported CNA.

Under the Citizen Judges Act, the presiding panel in a criminal trial will be comprised of three professional judges and six citizen judges, according to Yahoo News. At least six of the nine judges, including one professional judge, must find the defendant guilty for a guilty verdict or the death penalty to be handed down.

Meanwhile, any Taiwanese citizen aged 23 years or older is eligible to become a citizen judge after living in a jurisdiction for at least four months. The law is expected to take effect in 2023.