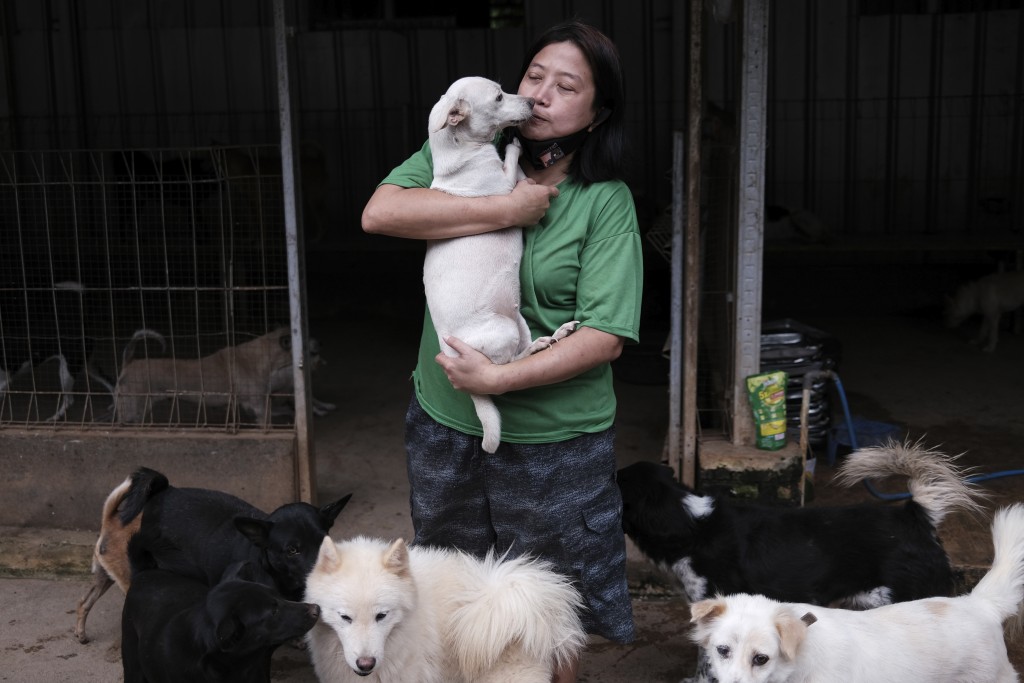 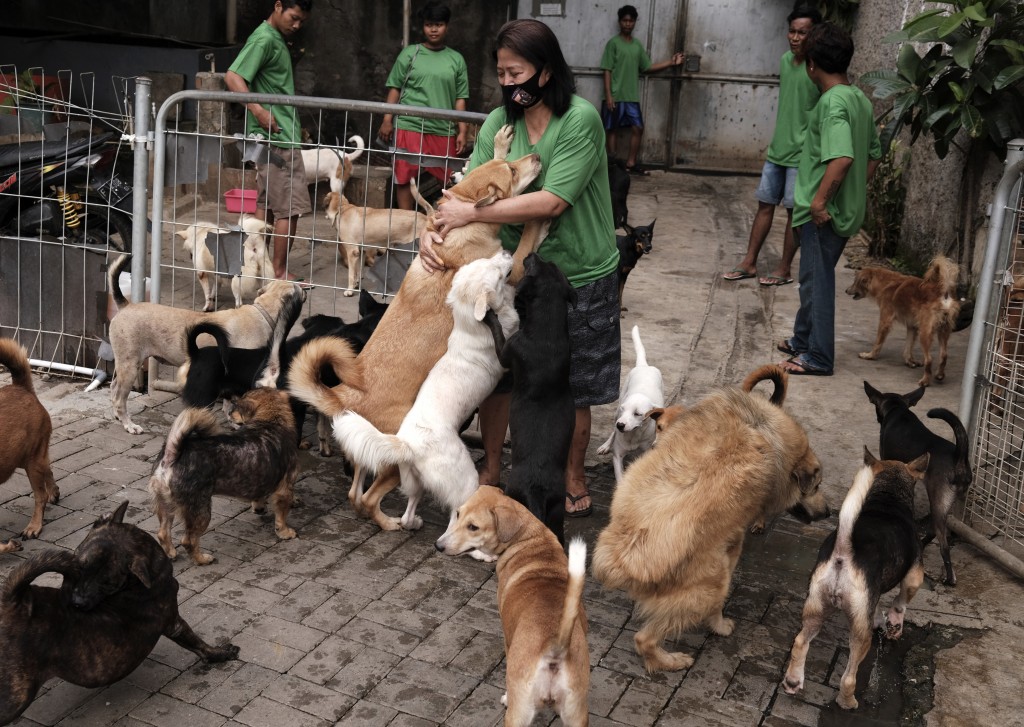 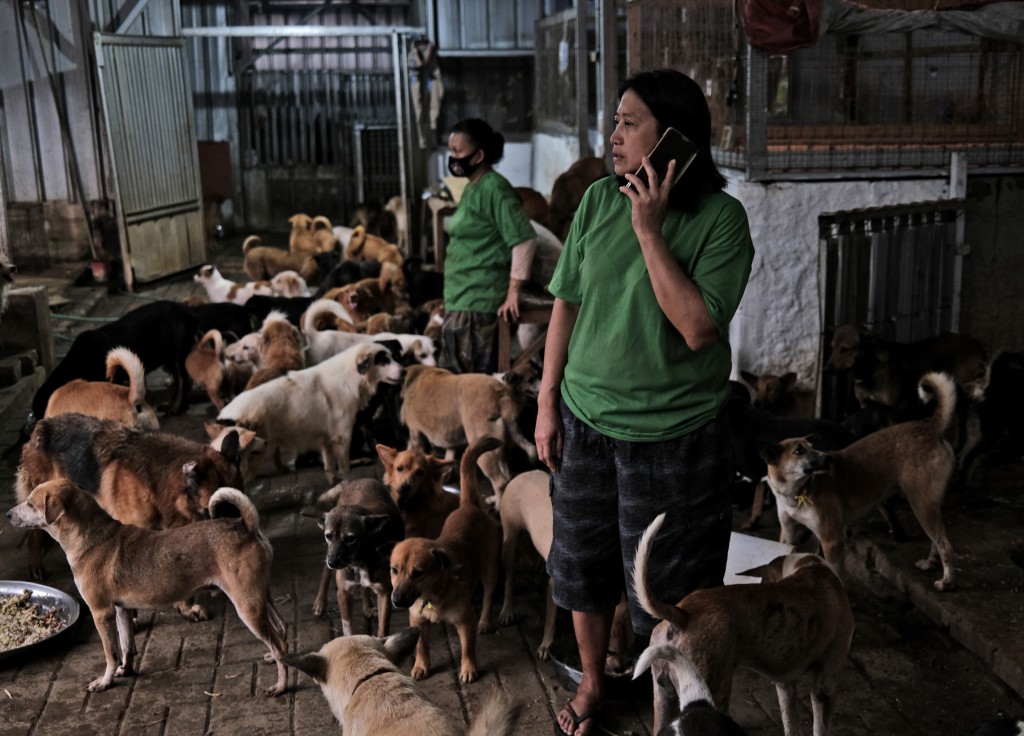 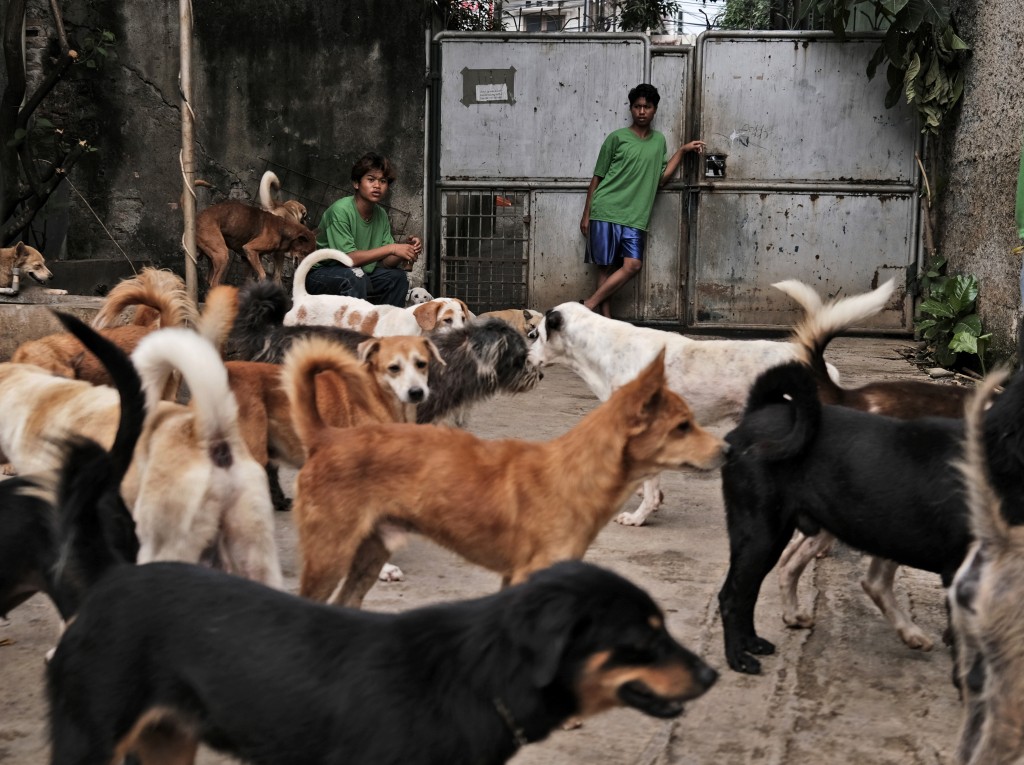 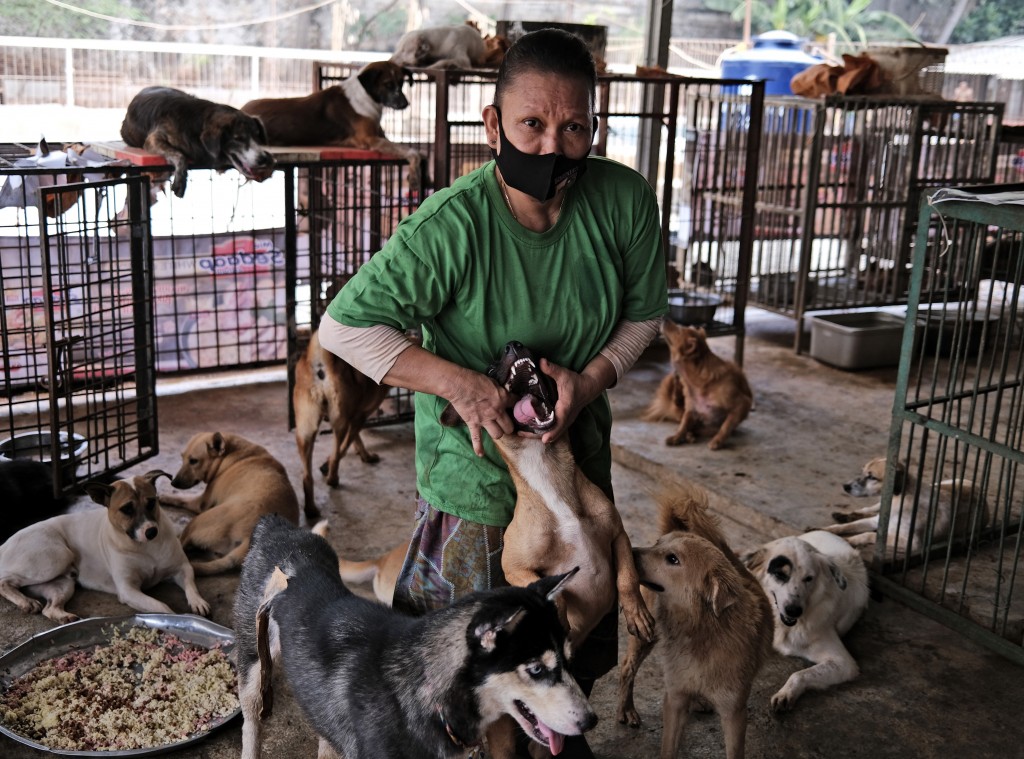 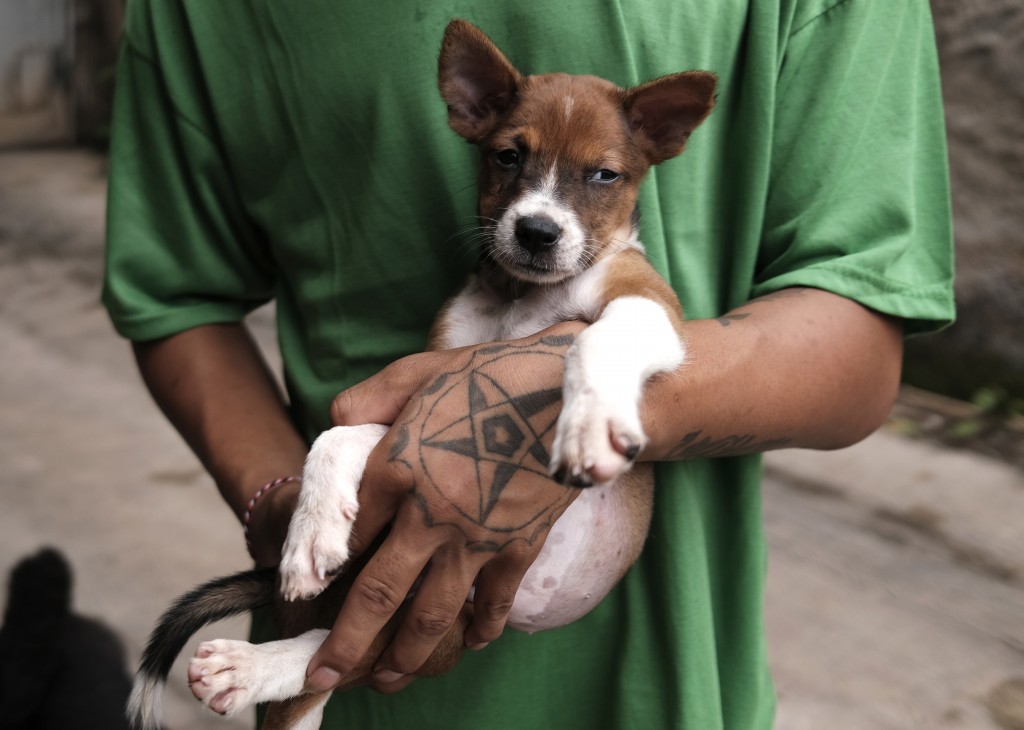 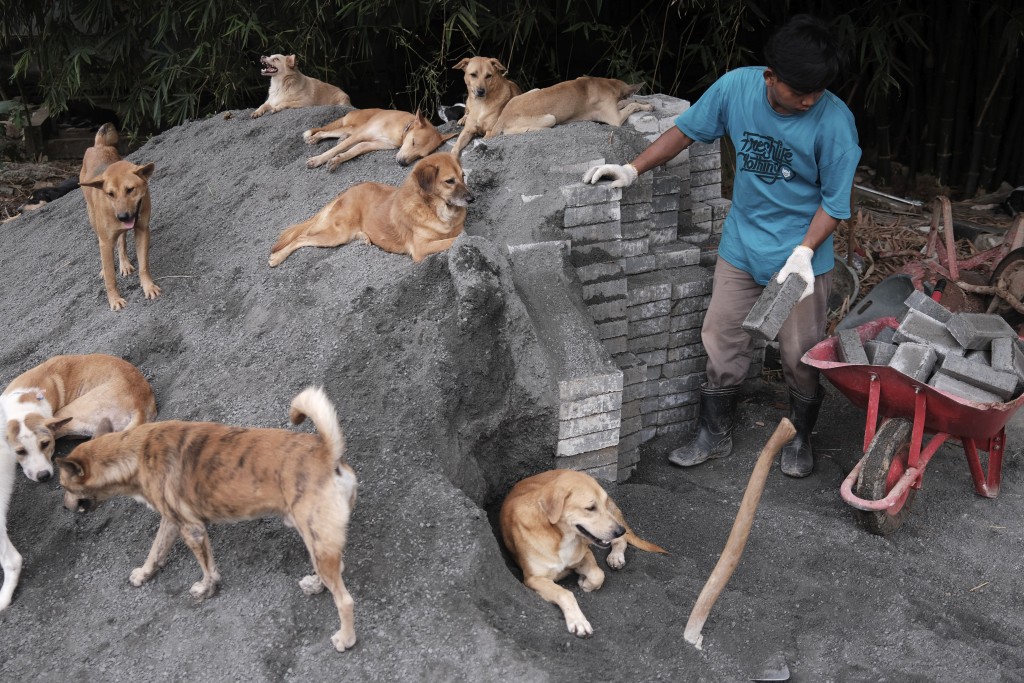 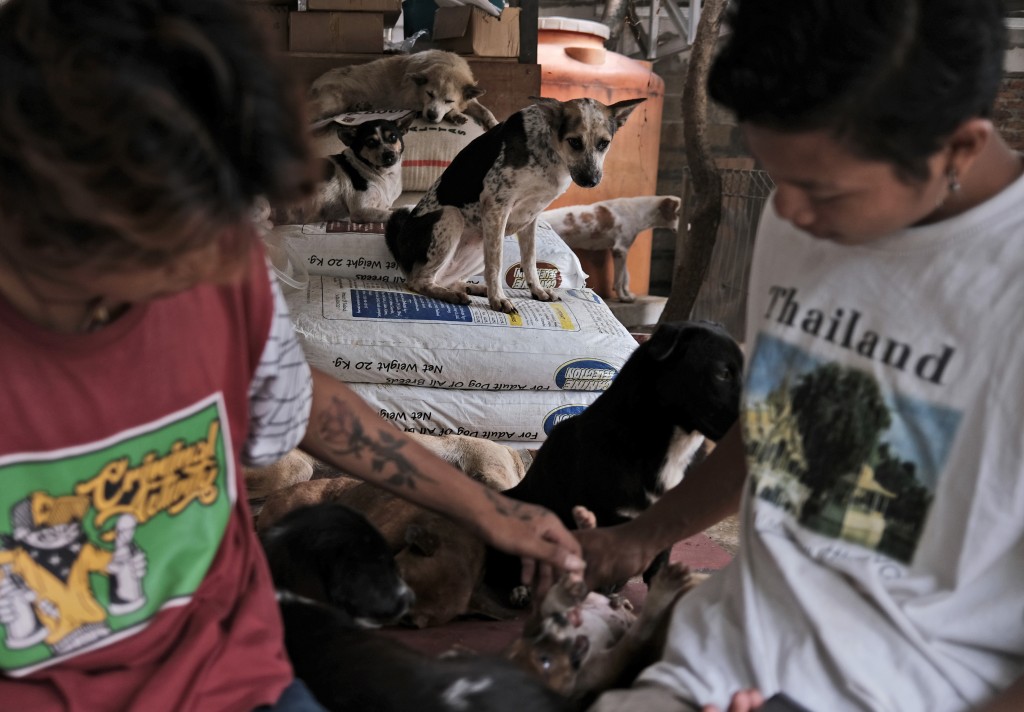 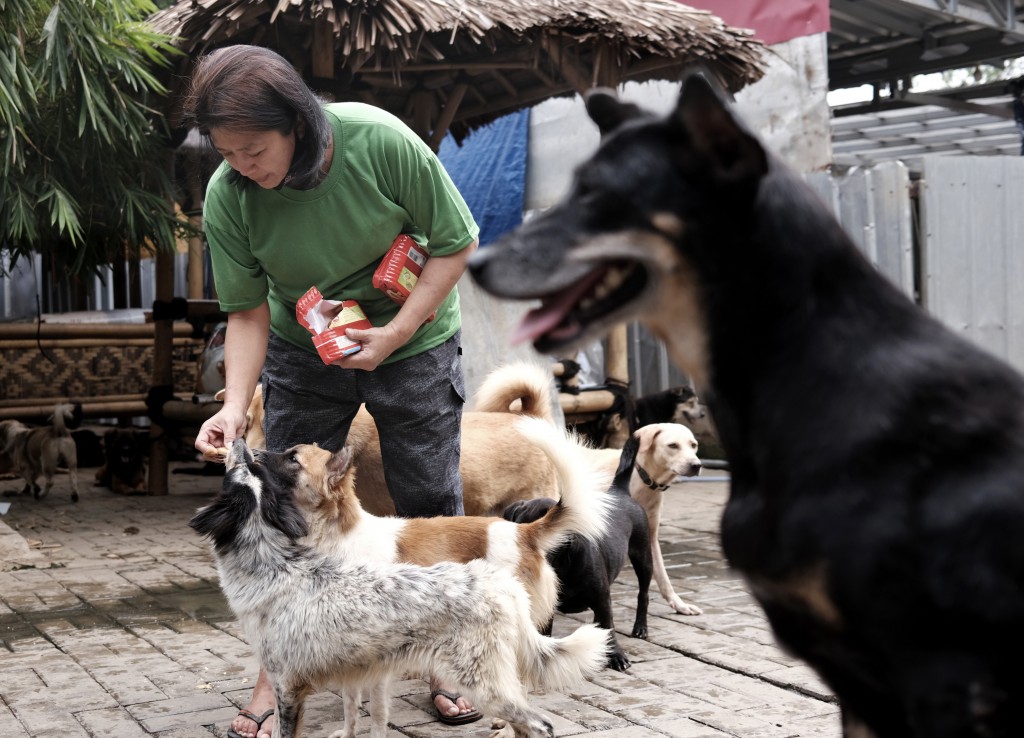 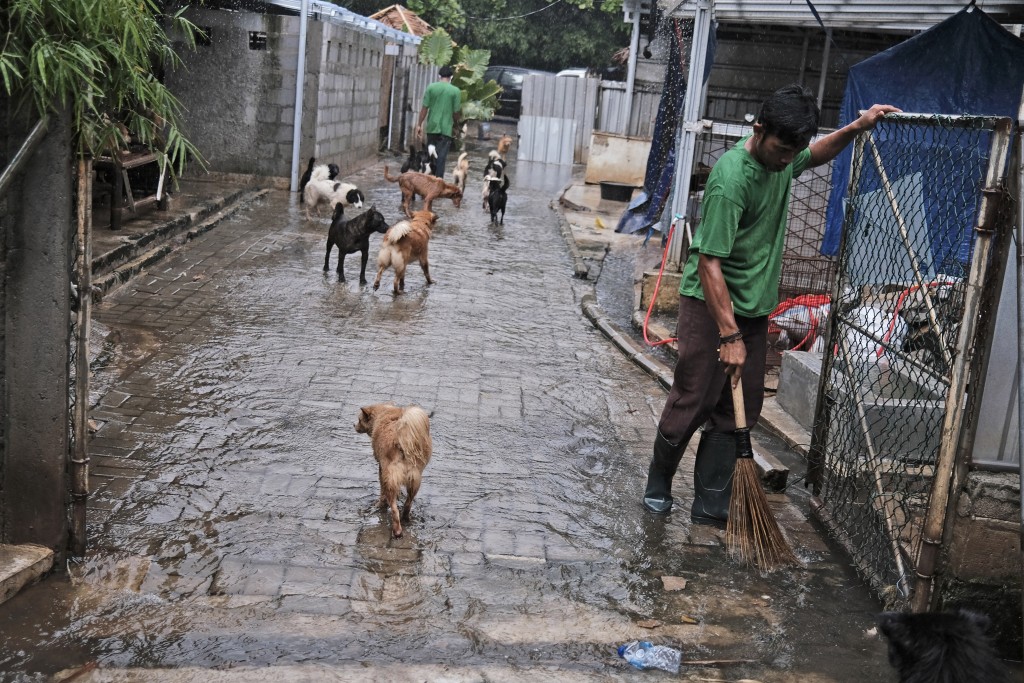 JAKARTA, Indonesia (AP) — The barking of the dogs at the entrance of Pejaten Shelter grows louder as they rush to welcome Susana Somali, the 55-year old pathologist who runs the place.

Located on half a hectare (1.2 acres) of land in Indonesia's capital, the shelter is now home to 1,400 dogs. It's a number that has been growing along with the economic hardship caused by the coronavirus pandemic.

Somali says she has taken in at least 700 dogs since the pandemic began, and she estimates 250 those are directly related to the fallout from COVID-19.

She has been running the shelter in south Jakarta for 11 years and normally takes in about 120 dogs a year, often canines rescued from the dog meat trade.

Almost of every corner of the shelter is now filled with dogs. Many of them, mostly street dogs, roam freely. Some larger breeds such as pitbulls and rottweilers are kept in cages.

Somali says there is little chance most of them will be adopted.

“If I take them, there is the possibility to extend their life,” she says. “But if I just let them outside, it will be the end for them.”

Somali has funded the shelter herself, but she too is feeling the financial pinch from the pandemic and has been seeking donations on social media.