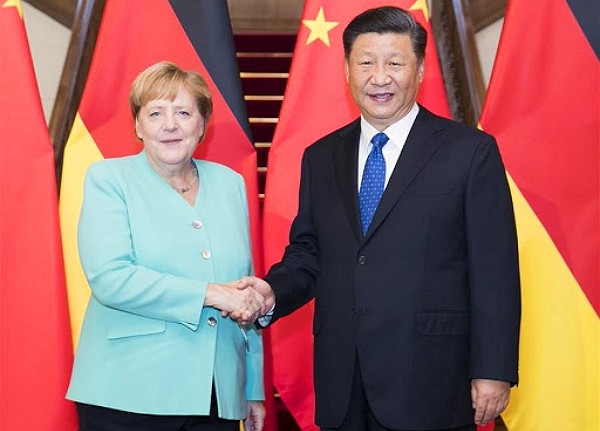 TAIPEI (Taiwan News) — More than 46 percent of German citizens want their country to distance itself from China, according to a survey commissioned by German news magazine Der Spiegel.

In the survey, conducted by the polling institute Civey, 24.5 percent of Germans said the government should distance itself further from Beijing, with another 21.9 percent advocating a "clear distance." Some 31 percent of respondents believe Germany should stick to its current diplomatic strategy, while only 18.3 percent are in favor of securing closer ties with the authoritarian regime.

Der Spiegel pointed out that while most Germans desired better relations with China at the end of 2018, with only approximately 20 percent supporting less, there has been a sea change since then. Although media reports of Beijing's persecution of Muslim Uighurs have had some effect on the German public's perception of China, the news agency believes the dramatic shift was mainly a result of the recent controversial Hong Kong national security law.

Der Spiegel stated that a growing number of Germans have called for sanctions against the Chinese Communist Party since the freedom-curtailing legislation was implemented and that the poll results indicate that change. The magazine also mentioned that German Chancellor Angela Merkel and other government officials have been rather ambiguous in their criticism of Beijing while promising to continue bilateral dialogue despite developments in Hong Kong, reported CNA.

The poll was conducted among German adults from April 20 to July 19. A total of 3,064 valid responses were gathered, and the poll has a margin of error of plus or minus 2.8 percent.