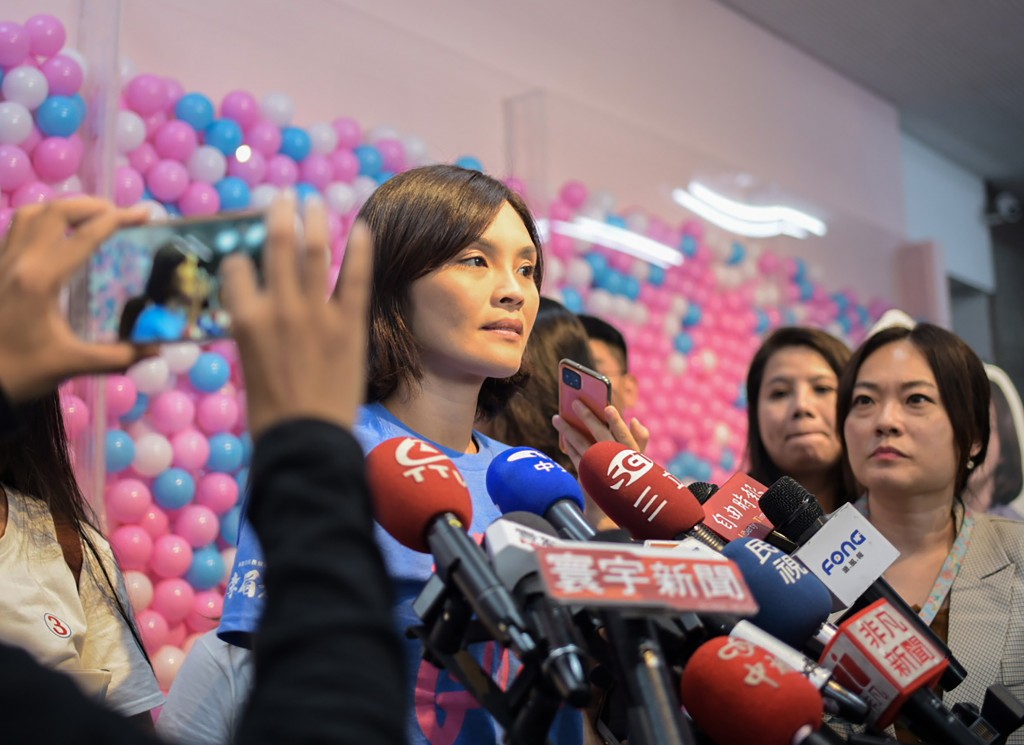 TAIPEI (Taiwan News) — The Kuomintang (KMT) candidate for the Kaohsiung mayoral by-election Li Mei-jhen (李眉蓁) has been accused of plagiarizing speech notes and an academic paper for most of her master’s thesis.

Li’s analysis of the trade relationship between Taiwan and China for her master’s degree at National Sun Yat-sen University’s (NSYU) Institute of China and Asia-Pacific Studies has been accused of plagiarizing speech notes of Tung Chen-yuan (童振源), currently minister of the Overseas Community Affairs Council, delivered in 2004. At least four pages from Li’s 123-page thesis were found to be identical to Tung’s speech and did not provide any citation.

Li said on Monday (July 20) that she “might have missed some footnotes” in her thesis and apologized for it. The thesis “has passed the review by the National Sun Yat-sen University, and I believe it should be cleared of any problem,” said Li, adding that NSYU is a reputable university.

Mirror Media revealed on Wednesday (July 22) that in addition to copying Tung’s speech, Li heavily plagiarized a 2000 thesis by Lei Cheng-ju (雷政儒) from the Department of Public Administration and Policy of the National Taipei University without giving any citations. The report found 96 percent of Li's paper was either identical or very similar to Lei's paper, but with some paragraphs moved around.

Her research objective and conclusion were copied verbatim from Lei's thesis, while she also used statistics collected by Lei rather than collecting her own data. The mayoral candidate even copied the errors and typos from Lei's paper, Mirror Media said.

At a press conference held at the KMT headquarters on Wednesday, Li made a one-minute statement without taking any questions from the media. Describing the current situation she is facing as overwhelming, Li did not respond directly to the plagiarism accusations, saying only that she had graduated from NSYU through “a normal process.”

Li also brought up conspiracy theories circulated by television pundits during the presidential race earlier this year that President Tsai Ing-wen (蔡英文) did not pass her doctoral examination at the London School of Economic (LSE) 30 years ago. She said if Tsai responds to the rumors against her LSE degree, then she will do the same.

Tsai provided her diploma shortly after the rumors surfaced, and the LSE later also made a statement reaffirming Tsai’s degree. Tsai’s dissertation is also available at the National Central Library.

NSYU has said a probe into the plagiarism accusations against Li’s paper will be carried out by a third party with academic backgrounds and it is expected to last up to six months. It said if the accusations are established, Li may have her degree revoked.