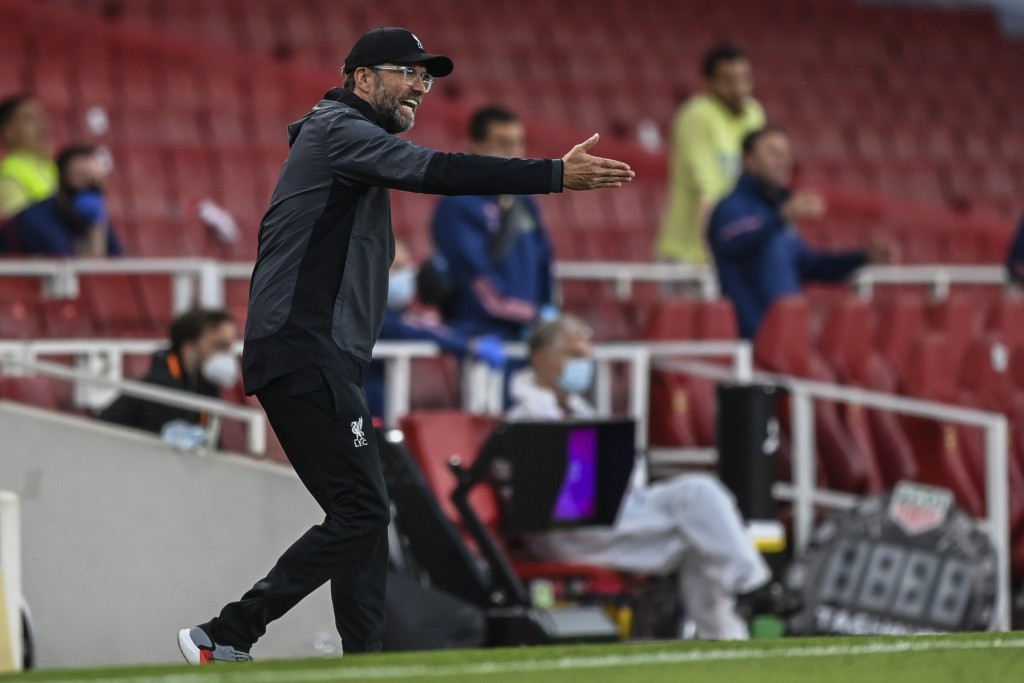 Liverpool's players will finally get their hands on the Premier League trophy — and will aim to mark an occasion for which the club has been waiting 30 years by beating Chelsea at Anfield. Third-place Chelsea also has plenty of motivation because a victory would secure a Champions League qualification spot for next season. Before that game, Manchester United hosts West Ham and is hoping for a win to move three points clear of fourth-place Leicester. United would then just need a point from its last game of the season — at Leicester on Sunday — to seal a Champions League spot.

West Bromwich Albion, Brentford and Fulham are vying for promotion to the Premier League on the final day of the regular season in the Championship. Only one of those clubs will earn automatic promotion behind already-promoted Leeds. West Brom starts the last round in second place and can go up with a home win over Queens Park Rangers. Brentford, which is a point back in third, can join the Premier League for the first time if it betters West Brom’s result when playing Barnsley in the last-ever competitive game at Griffin Park. That is unless West Brom loses, Brentford draws and fourth-place Fulham — a further point adrift — snatches second place with an away win over Wigan. Leeds is already champion and finishes at home to Charlton.

The teams finishing third and fourth will enter the four-way playoffs. Nottingham Forest and Cardiff occupy fifth and sixth, respectively, but are not mathematically certain of reaching the playoffs. Only Swansea can catch them, but is three points adrift. To miss out, Forest would have to lose to Stoke and for there to be a five-goal swing with Swansea, which visits Reading. It's more likely to come down to Cardiff and Swansea fighting for sixth. Cardiff only has to take a point off last-place Hull to book a spot in the playoffs. If Cardiff loses and Swansea wins, it will be the Swans in the playoffs. There's also drama at the bottom, with at least seven teams still in relegation danger, complicated by Wigan facing a 12-point deduction for entering administration.

Inter Milan will be bidding to move back into second place with a victory over Fiorentina, which has little to play for. A win would take Inter a point above Atalanta and five below league leader Juventus, which visits Udinese on Thursday. Napoli and Roma are vying with Milan for fifth spot in Serie A and they visit Parma and Spal, respectively. At the other end of the standings, Brescia will be relegated if it loses at fellow struggler Lecce. Genoa is only four points above the drop zone and visits Sampdoria in the city derby. Also, Torino hosts Hellas Verona.