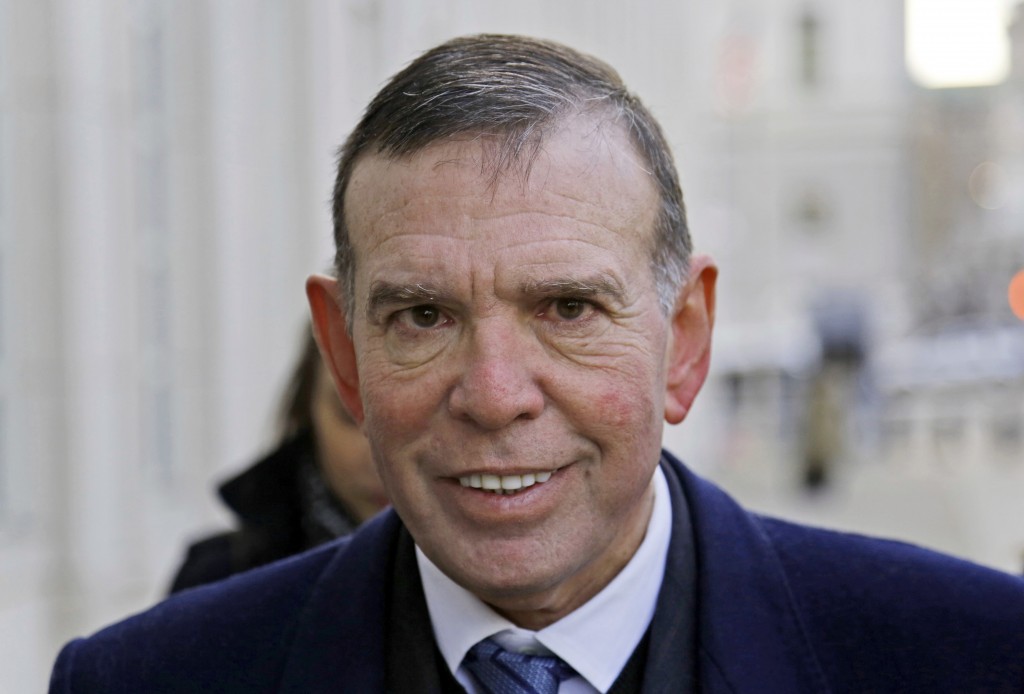 NEW YORK (AP) — A federal judge denied a request for compassionate release by the former head of South American soccer after he contracted the coronavirus while serving a nine-year prison sentence.

Napout tested positive for the virus on July 16 but has remained asymptomatic. He asked to be transferred to home confinement. U.S. prisons have seen widespread outbreaks of COVID-19, the disease caused by the virus.

“If circumstances change that tangibly demonstrate some serious risk of dire consequences or in themselves constitute a life-threatening event, that could well justify a compassionate release,” Chen said near the end of a two-hour telephone hearing. 'But now based on the record I have before me, I find that the request is based on speculation that is not sufficient."

Napout was convicted on Dec. 22, 2017, of one count of racketeering conspiracy and two counts of wire fraud conspiracy, and he was taken into custody that day. The 62-year-old is scheduled for release on Aug. 9, 2025. His conviction was upheld on June 22 by the 2nd U.S. Circuit Court of Appeals.

He has cited his age, hypertension and anxiety as increasing his risk for complications from COVID-19.

“Even accepting that data, the risk is still low according to the data that we have and does not to me suggest anything, thankfully, nearly as life-threatening as ordinarily gives rise to compassionate release,” Chen said.

She also denied Napout's request for compassionate release on April 10 and put off a decision on July 15, when she ordered he be tested for the virus. Napout has been quarantined since July 19 with another inmate who tested positive.

“Since we filed a motion in April and then to today, at each stage for some reason, everyone has always erred on the side of we’ll just assume all is going to be OK with Mr. Napout,” said his lawyer, Marc A. Weinstein. “I think we’ve gotten to a point where that didn’t work with respect to whether it would hit FCI Miami. It didn’t work with whether or not he would get the disease. He now has it. He’s got one step left, and to err on the wrong side this time could be a fatal decision.”

“He has throughout this entire case never admitted or acknowledged any culpability or expressed any remorse,” Chen said, citing “an utter resistance to any acceptance or admission of responsibility for being in what was so thoroughly a corrupt enterprise and even engaging in obstructive contract.”

“There needs to be a message of specific deterrence it seems to me, not to mention just punishment,” she added.

Napout was banned for life from soccer by FIFA last September and fined 1 million Swiss francs (then $1.01 million). He has appealed to the Court of Arbitration for Sport.