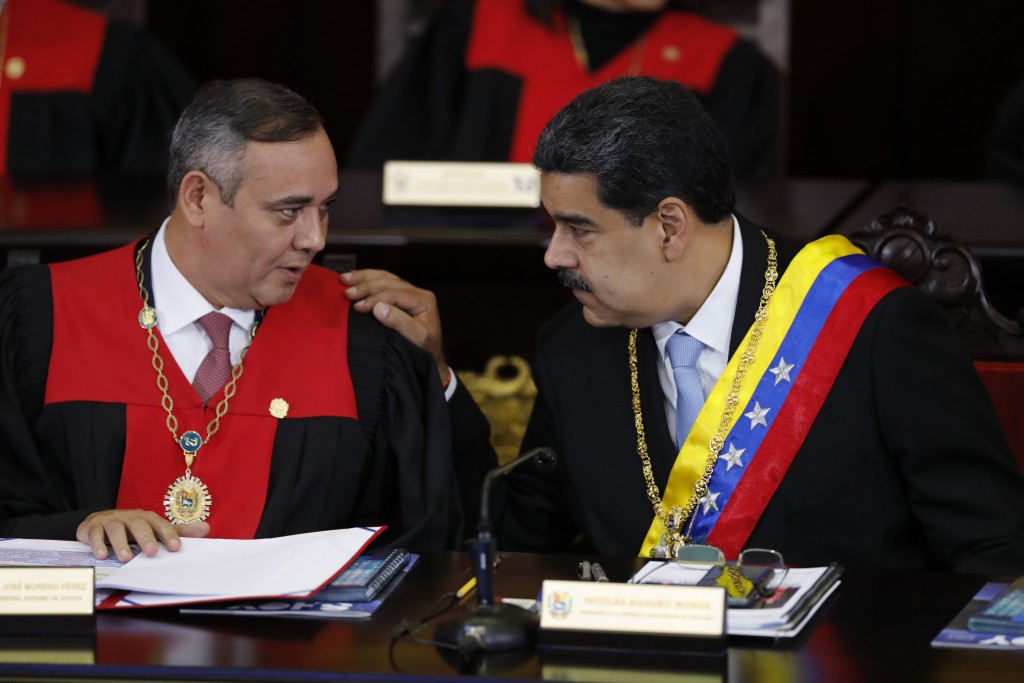 CARACAS, Venezuela (AP) — The Trump administration offered a $5 million reward on Tuesday for information leading to the arrest of the head of Venezuela’s high court, accusing the judge of taking bribes.

“The United States continues to stand with the people of Venezuela in their fight against corruption and for the peaceful restoration of democracy,” Pompeo said in a statement.

The Trump administration this year launched a “maximum pressure” campaign to oust Maduro as Venezuela’s economic and social crisis deepens in the once-wealthy oil nation. U.S. officials earlier this year charged Maduro as a narcoterrorist, offering $15 million for his arrest.

Moreno did not immediately comment on the U.S. reward money for his arrest. But Maduro has rejected the U.S. charges against him, saying the are politically motivated.