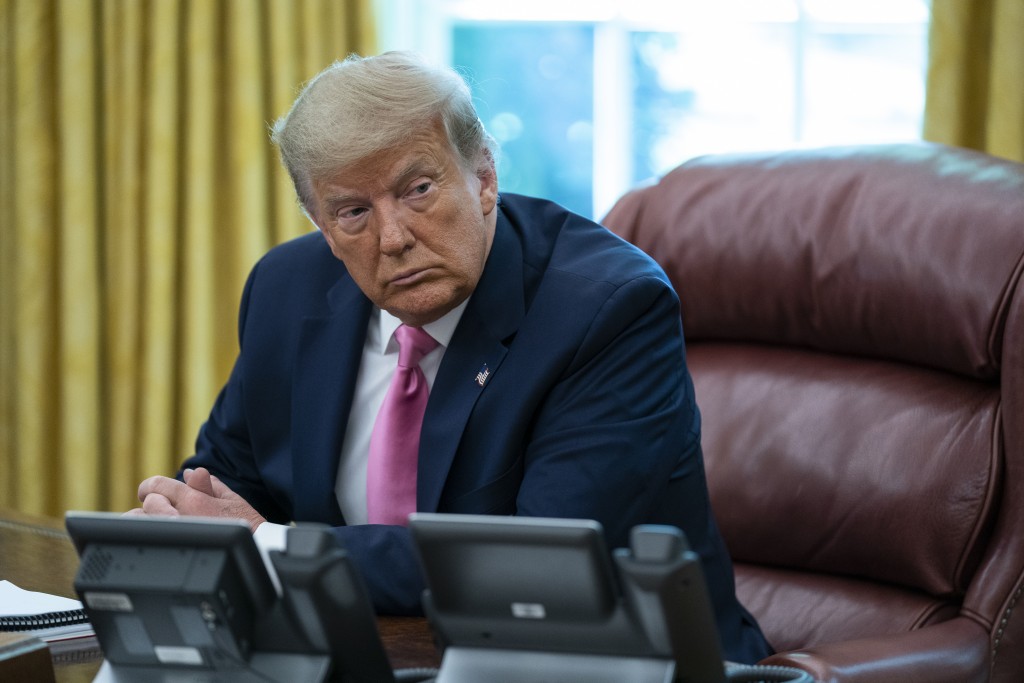 WASHINGTON (AP) — President Donald Trump is set to be officially renominated in a shrunken Republican convention truncated to four hours in Charlotte, North Carolina, next month because of the coronavirus.

The Republican National Committee outlined the agenda for the Aug. 24-27 event. Its public components were shifted last month to Jacksonville, Florida, amid a tiff with North Carolina's Democratic governor over the state's reopening guidelines.

Trump's plans for a packed arena in Florida have been thwarted by a resurgence in virus cases, with the RNC announcing last week that only delegates to the convention — not alternates or guests — will be permitted to attend the first three nights of the four-day event.

Charlotte is still hosting the RNC's summer meeting and will be the home for the official components of the convention, with 336 delegates casting proxy votes on behalf of the more than 2,500 delegates, beginning at 9 a.m. on Aug. 24.

The RNC will fly the cohort of delegates allowed to attend the Charlotte proceedings to Jacksonville on the afternoon of Aug. 24 so they can attend the four nights of made-for-television programming. Trump will formally accept the nomination on the last night of the convention.