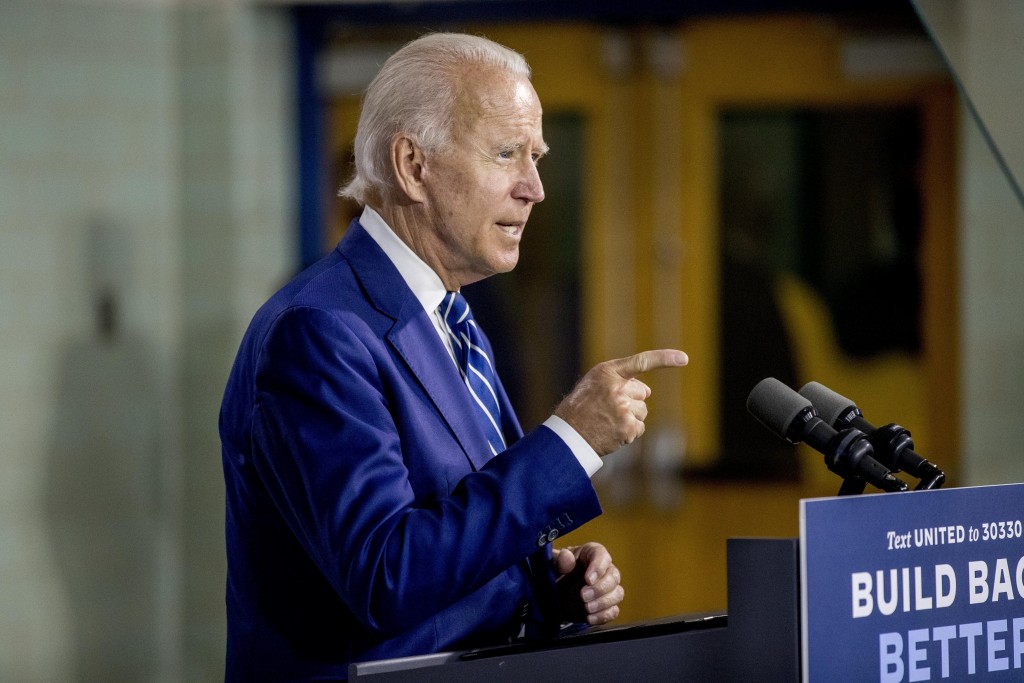 Joe Biden’s presidential campaign is ramping up its advertising and deploying some of its high-profile surrogates as it tries to solidify a broad battleground map that his advisers see as giving him multiple paths to an Electoral College majority.

While the Biden moves underscore his wide-ranging approach, they also highlight lingering questions about spreading the campaign too thin. Four years ago, Democrat Hillary Clinton’s presidential campaign made a show of expanding its efforts into Sun Belt states like Arizona and Georgia – GOP strongholds that have become more competitive – while the candidate herself spent no time in Wisconsin and little time in Michigan or Pennsylvania, states her campaign viewed as reliably Democratic. President Donald Trump ended up sweeping all those states.

Biden’s top aides have promised “an expanded map” that includes both traditional battlegrounds like the Great Lakes states that delivered Trump’s 2016 victory and more GOP-leaning states that are now in play because of demographic shifts and the president’s struggles responding to the coronavirus pandemic.

“We’re not trying to get to 400 electoral votes,” Biden’s deputy campaign manager Kate Bedingfield told The Associated Press in a recent interview. “But we’re trying to have as many paths as possible to the 270 that it takes to win.”

As an example, Trump won Michigan in 2016 by fewer than 11,000 votes. Clinton lost ground in whiter, working-class areas beyond the urban areas and in Detroit, as compared to President Barack Obama’s 2012 marks. Although addressing either shortfall could flip Michigan back to Democrats, Biden’s campaign insists it is not prioritizing one slice of the electorate over the other.

Northern Virginia and Raleigh, North Carolina, meanwhile, represent growing urban and suburban areas where Democrats can run up big vote totals from white liberals, nonwhite voters and college-educated white voters who have leaned Republican in the past but have soured on Trump.

The presumptive Democratic nominee still has not reserved television advertising for the fall. Trump’s Republican reelection campaign has reserved more than $146 million already, led by a $36.3 million investment in Florida and $18.4 million in Ohio, which is not included in the latest Biden spending. In 2016, Clinton did not start buying post-Labor Day television spots until late August.

Harris, one of the party’s most recognizable women of color, is leading Biden’s event in North Carolina, where the Democratic path to victory depends both on high Black turnout and cajoling enough white swing voters. Klobuchar, who built her presidential campaign identity as a Midwestern moderate, is being deployed as the envoy in Iowa.

Biden’s campaign manager, Jen O’Malley Dillon, and other Biden aides have pointed to the campaign’s uptick in fundraising to assert that they can build a wide playing field without being spread too thin. The campaign and the Democratic National Committee have outraised Trump for the last two months but still trail the GOP’s combined accounts in cash on hand.