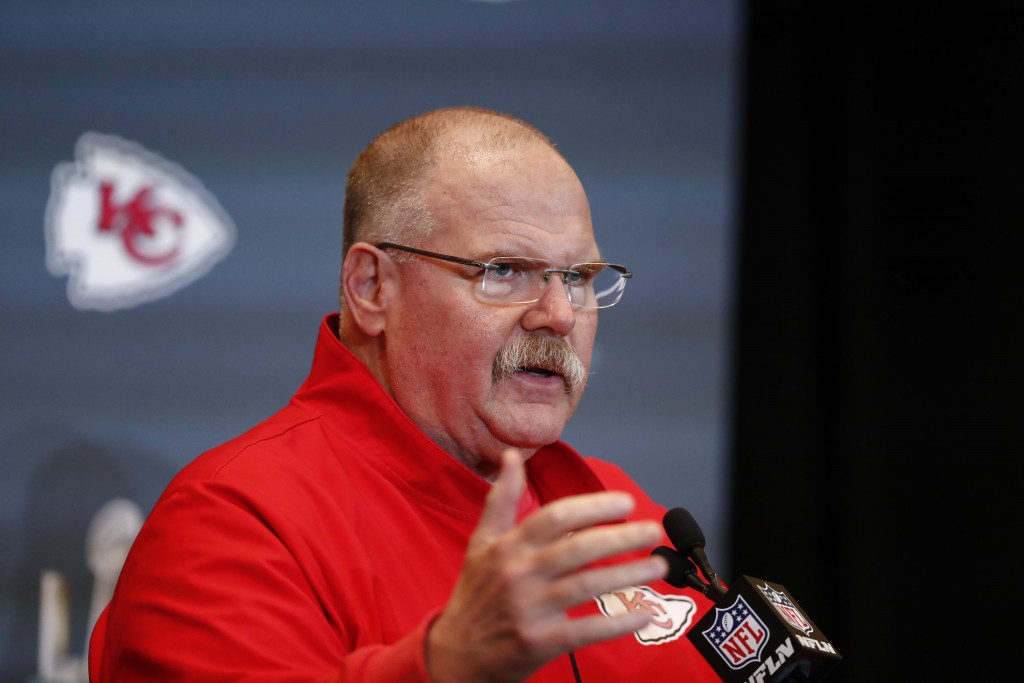 In seven weeks, the NFL expects to kick off its 101st season with the Super Bowl champion Chiefs hosting Houston.

Still set on conducting a somewhat normal training camp, though without any preseason games, and then opening the regular season on time, the NFL pushes onward.

Rookies are reporting to team facilities this week, nearly all of them for the first time. Veterans are set to come in next week, and after testing for COVID-19 and a lengthy acclimation period, practices should begin sometimes next month.

Of course, there are more questions than ever for America's most profitable sports league, most notably how to keep people safe in a contact sport during a pandemic.

“Everything that we’re doing is centered around the concept of risk mitigation," says Dr. Allen Sills, the league's chief medical officer. “We know that we can’t eliminate risk, but we’re trying to mitigate it as much as possible for everyone. We know that this is going to be a shared responsibility.”

Already this year the NFL has had to switch to remote, well, everything: free agency, the draft, offseason workouts, owners meetings. Now come the biggest and most critical tests as 90-man rosters attempt to stay healthy while preparing to play a game that requires close contact nearly all the time.

“We could have a ton of social distance, more than we have with our football team,” Chiefs coach Andy Reid says. “It’s all set up with monitors and everything else. Then the testing, these guys are going to be tested often. It’ll be good that way. There’s a responsibility for coaches and players to make sure we handle ourselves right when we’re away from it. We are still keeping as much social distance as we can. It’s a contact sport, but when there’s no contact we’re going to keep our distance.”

The NFL has been studying the approaches of other sports, seeing the success NASCAR and the PGA Tour have experienced with their traveling shows, and the many issues Major League Baseball has dealt with. But auto racing, golf and baseball don't involve close-quarters action from beginning to end.

Thus, the elimination of exhibition games, which went from four to an owners' proposal of two and then to none — though the players' association, which proposed no preseason contests, still must approve the league's offer. That's one of many steps that will cost those owners millions, but a necessary one.

The business of pro football will take a major hit, with ramifications extending into next year and beyond, affecting salary caps and contract negotiations and, of course, bottom lines in a league that has $15 billion in revenues. Or did.

Still, plenty of NFL business has taken place since mid-March, when the coronavirus led to nationwide shutdowns.

In a normal year, Tom Brady's switch from the Patriots to the Buccaneers would have overridden every NFL story, from early winter through the spring and summer and into his debut against fellow 40-something QB Drew Brees and the Saints in September.

The Chiefs vowed they would pay star quarterback Patrick Mahomes, locking him up long term. Does 10 years for potentially $500 million work? Yes, half a billion dollars.

Not that he is in Mahomes' class, but Dallas QB Dak Prescott wound up with the one-year franchise tag salary of $31.4 million, hardly a pittance. The Cowboys could wind up the losers here, though, with quarterback pay now stretching beyond the stratosphere thanks to Mahomes setting the bar so high.

The pandemic could lead to teams that remained relative intact (Chiefs, Saints, Bills, Titans, Ravens, 49ers) having a major advantage over those experiencing upheaval.

That's particularly true where coaching changes were made: Mike McCarthy in Dallas, Ron Rivera in Washington, Matt Rhule in Carolina, Kevin Stefanski in Cleveland, and Joe Judge with the Giants. The last three have never been head coaches in the NFL.

Not to mention the humongous jump from college ball for the likes of top overall selection QB Joe Burrow in Cincinnati, defensive stud Chase Young in Washington, and the rest of a draft class that has yet to take a formal snap with their teams.

Ever since Colin Kaepernick took a knee during the national anthem to protest social injustice, the NFL has been slammed for being blind to the message Kaepernick and many fellow players were trying to deliver. In this year of racial reckoning, there has been an awakening across much of the league.

Right now, the NFL is planning to allow players to have decals on the back of their helmets bearing names or initials of victims of systemic racism and police violence. Trying to catch up, the league has gotten involved in earnest with initiatives that its players have sought or inaugurated over the past few years.

And, not to be overlooked, the Washington football team will have a new nickname very soon.