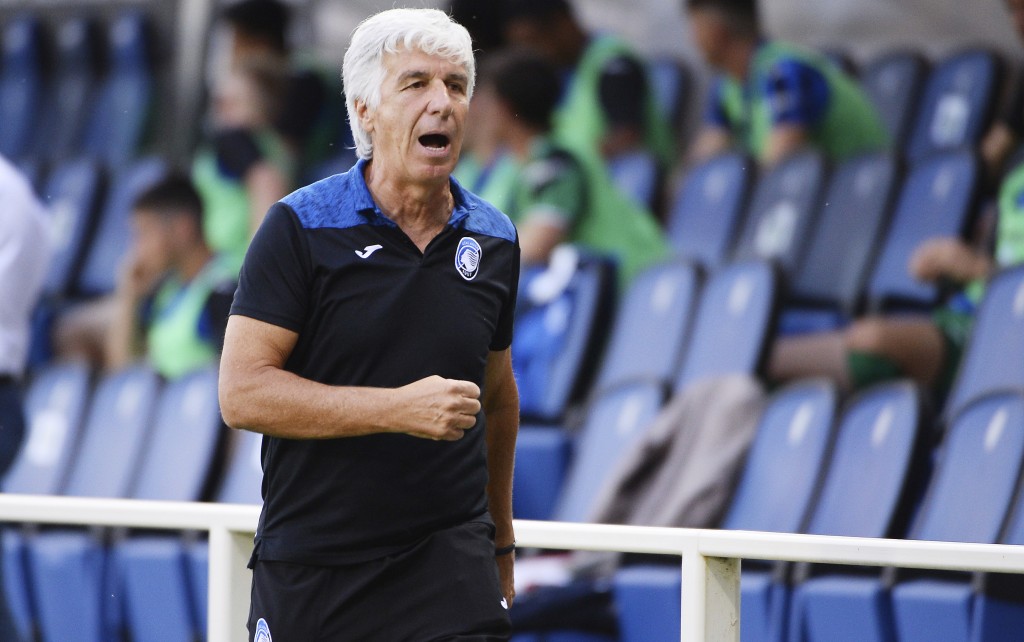 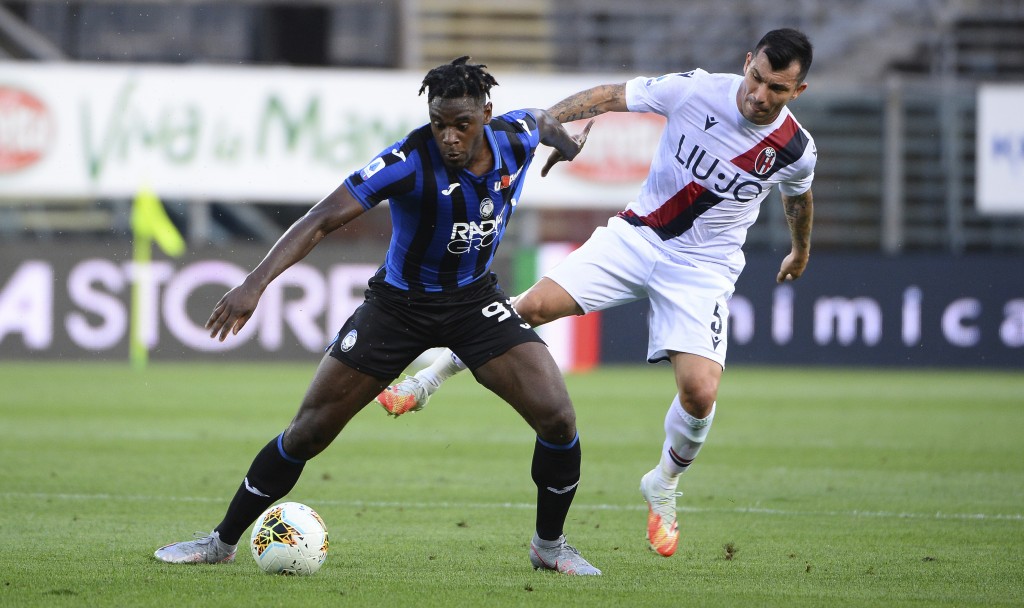 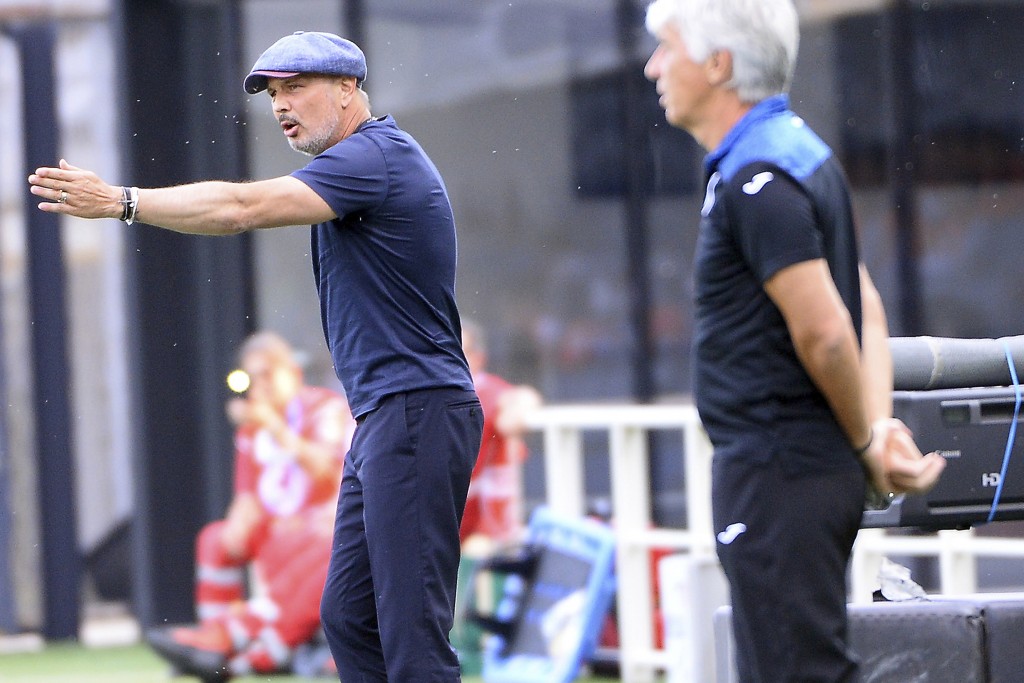 MILAN (AP) — Luis Muriel proved he has no lasting effects from a domestic accident as he scored the only goal to help Atalanta beat Bologna 1-0 in Serie A on Tuesday.

Muriel, who was wearing protective headgear after needing stitches following a fall on the edge of a swimming pool last week, scored in the 62nd minute.

Atalanta moved into second spot, six points behind Juventus and two above Inter, which both have played a match less. AC Milan was playing Sassuolo later.

Atalanta dominated possession but it was Bologna which went closest in the first half with Musa Barrow hitting the crossbar.

Moments earlier Atalanta coach Gian Piero Gasperini was sent to the stands for dissent following an argument with his Bologna counterpart Siniša Mihajlović, who was shown a yellow card.

Muriel was brought on at halftime and he broke the deadlock with a fierce strike after an assist from Duván Zapata.

It was Muriel’s 18th league goal of the season, with most of those goals coming when he has been a substitute.

It also saw Atalanta become the first team since Fiorentina in 1958-59 to score 95 Serie A goals in a season.