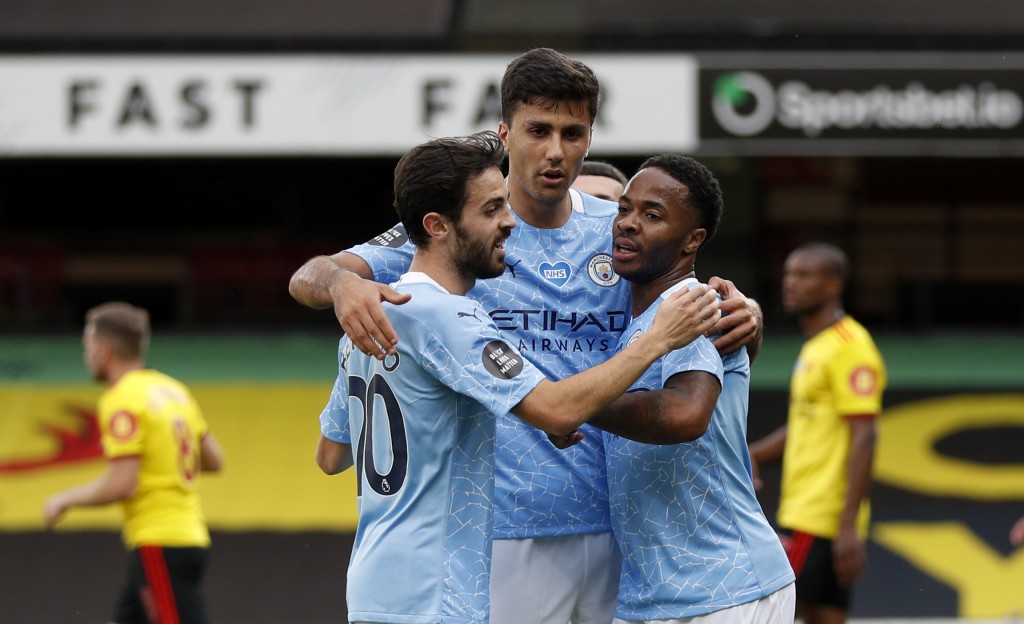 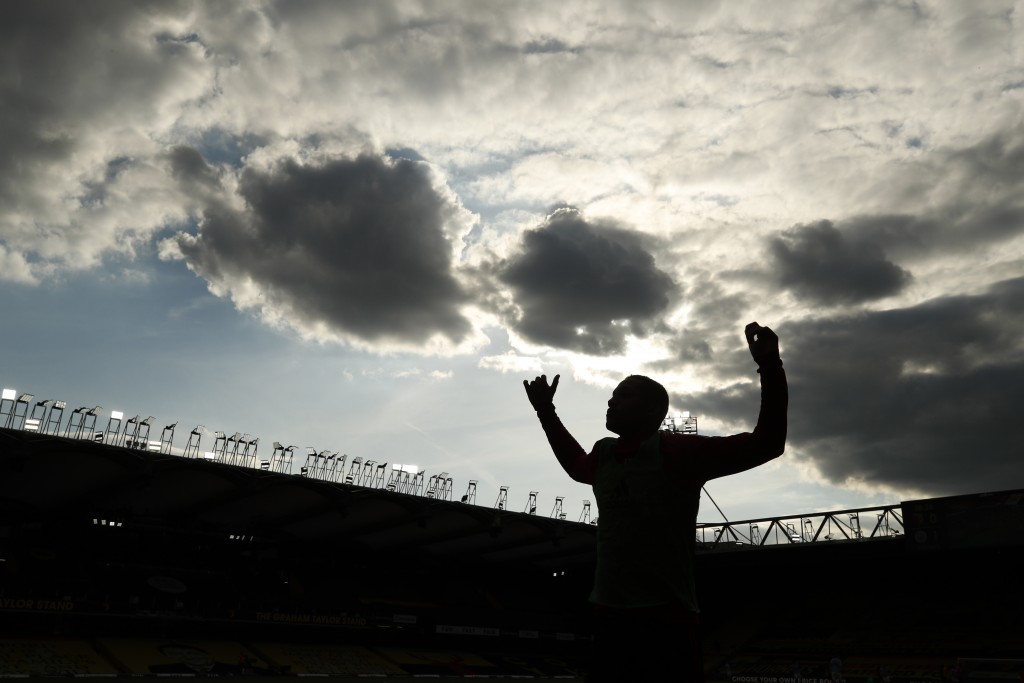 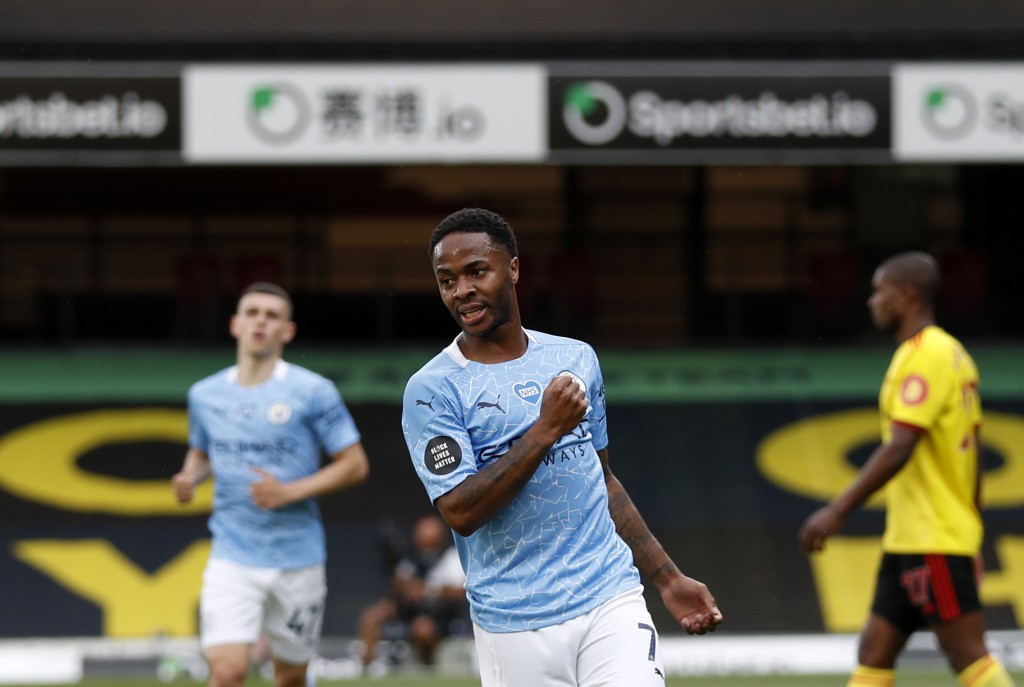 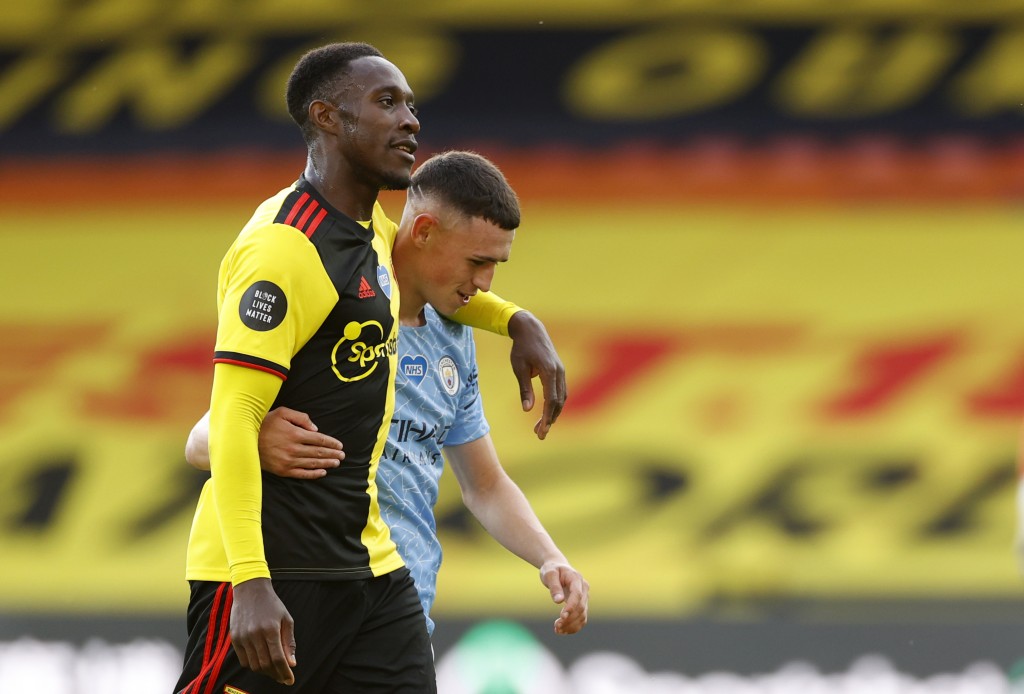 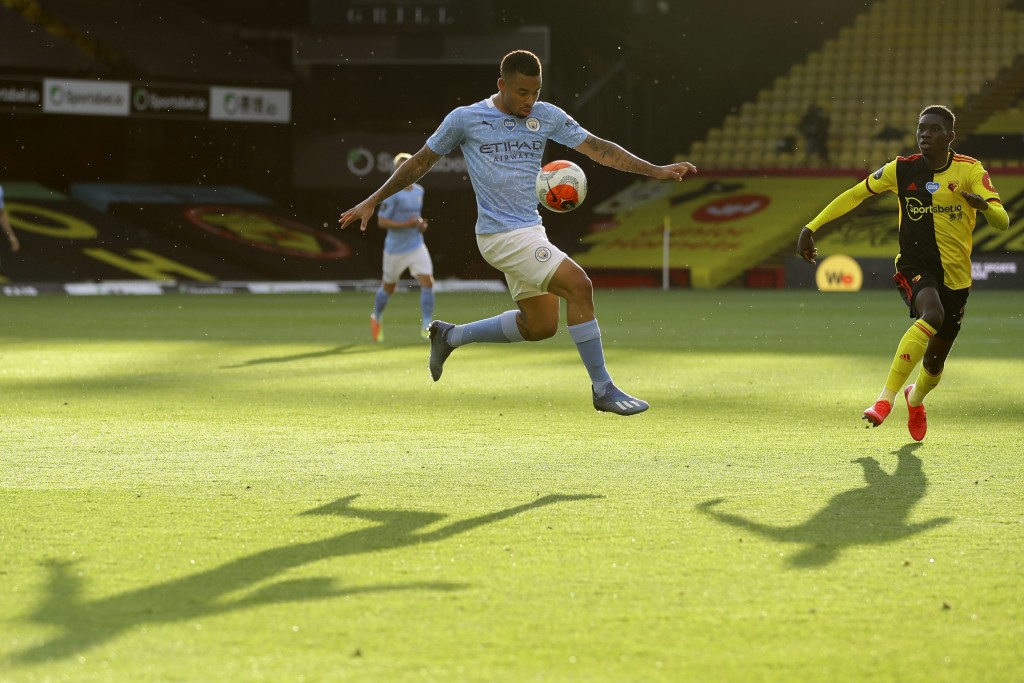 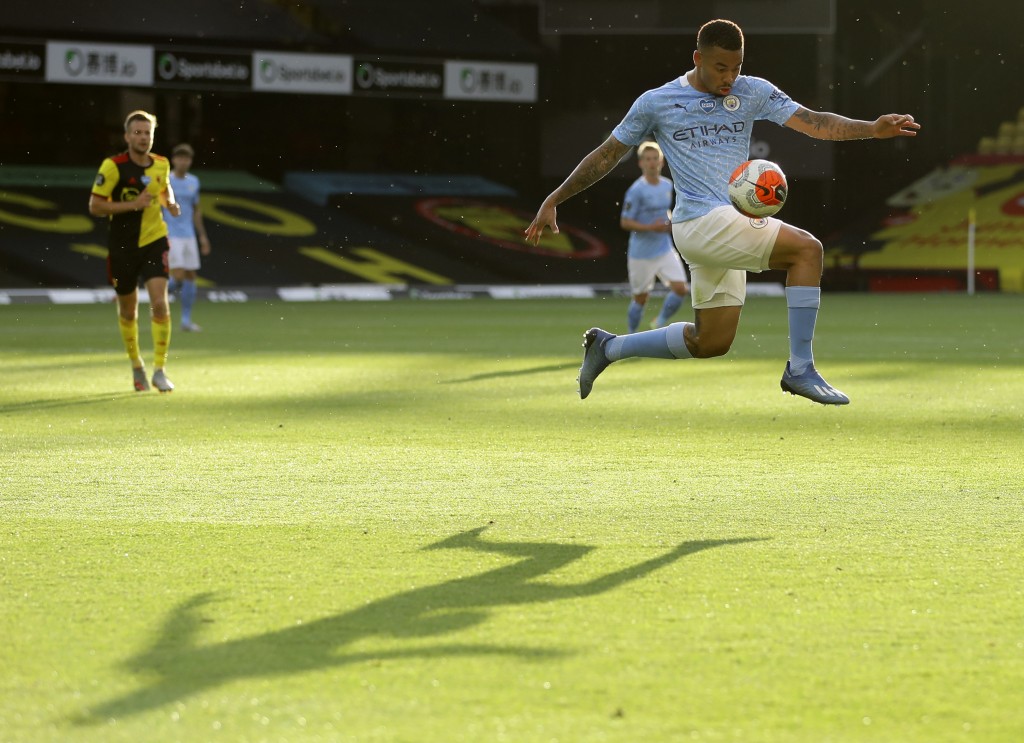 WATFORD, England (AP) — A late, desperate change of manager but no change in fortunes for Watford.

Taking points off Manchester City was always going to be a tough task but collapsing 4-0 to the Premier League runners-up also wiped out Watford's goal difference advantage on relegation rivals on Tuesday.

Premier League survival is looking even more precarious for Watford heading into Sunday's finale at Arsenal with Hayden Mullins in charge after the club fired its third manager of the season for a divisional record.

Raheem Sterling left Vicarage Road with a welcome record of his own. A first-half double — a half-volley and a follow-up after having a penalty saved — took his season's goal tally to a personal high of 19.

Sterling set up the third when his close-range shot was saved by goalkeeper Ben Foster and Phil Foden tapped into an empty net in the 63rd minute.

When it comes to assists, Kevin De Bruyne leads the way in England. The Belgium playmaker is now one away from a league record-equaling 20 assists after providing a cross for Aymeric Laporte's downward header in the 66th minute.

The only thing in Watford's favor was Gabriel Jesus having a fifth goal ruled out in stoppage time for offside.

Watford has now been outscored 18-0 in its last four meetings with City in all competitions with three different managers in charge.

Javi Gracia was still at the helm when City crushed Watford 6-0 in the final game of last season in the FA Cup final. The Portuguese was fired in September before he got the chance to take Watford to City later that month where Quique Sánchez Flores oversaw an 8-0 humiliation.

Flores didn't even reach the midpoint of the season before he was dismissed in December and replaced by Nigel Pearson. With only two games remaining, Pearson was ousted on Sunday and denied the chance of replicating the shock over Liverpool in February that ended the eventual champion's unbeaten start.

For a City side that has already surrendered the Premier League trophy to Liverpool and saw its FA Cup defense ended by Arsenal on Saturday, the Champions League is now Pep Guardiola's priority ahead of the resumption of the competition in August after the pandemic-enforced break.