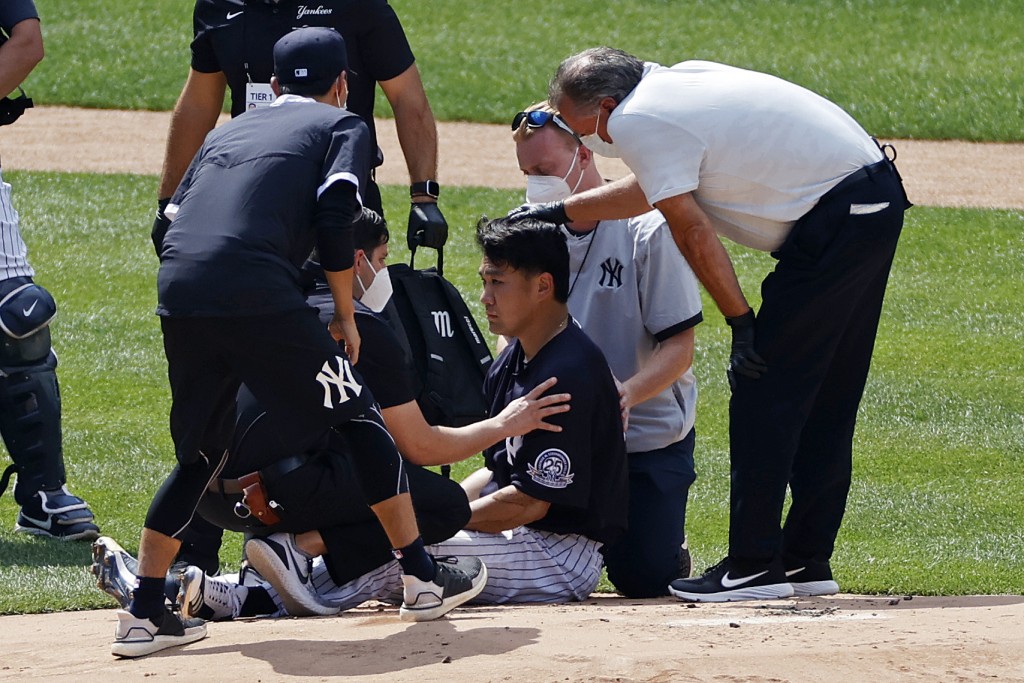 NEW YORK (AP) — Masahiro Tanaka threw 20 pitches during batting practice Tuesday and is on track to make his first start July 31 against Boston after missing one turn in the New York Yankees' rotation.

Tanaka walked two in his one inning, his first time facing batters since he was hit in the head by Giancarlo Stanton's line drive on July 4.

He is to throw batting practice again on Sunday, likely 35-40 pitches.

“If everything comes out OK, I should be ready to go,” he said through a translator.

He did not use a protective screen. Tanaka thought about getting hit only before delivering his first pitch.

“After I threw that, it was back to business, back to normal,” he said.

The 31-year-old right-hander is 75-43 in six major league seasons and is entering the final year of his contract.

A 24-year-old right-hander selected 16th overall in the 2017 amateur draft, Schmidt had a 2.57 ERA over seven innings and four appearances, striking out eight.