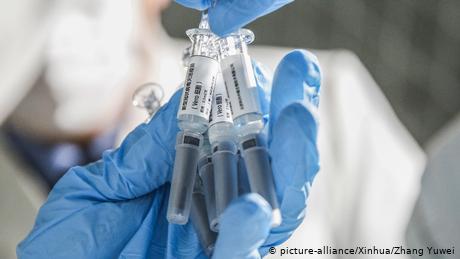 The two defendants, Chinese nationals and residents 34 and 33 years of age, are also accused of stealing "millions of dollars worth of trade secrets, intellectual property, and other valuable business information." The indictment said the hackers targeted companies in the US as well as Australia, Belgium, Germany, Japan, Lithuania, the Netherlands, Spain, South Korea, Sweden, and the United Kingdom.

Prosecutors say they acted for their own personal gain in some cases and for the benefit of China's Ministry of State Security and other Chinese agencies in other instances.

The indictment was filed in the northwestern state of Washington earlier this month and was unsealed on Tuesday.

China in 'that shameful club'

John Demers, the Assistant Attorney General for National Security said in a Justice Department statement that China had joined a "shameful club" of countries providing safe havens for hackers.

"China has now taken its place, alongside Russia, Iran and North Korea, in that shameful club of nations that provide a safe haven for cyber criminals in exchange for those criminals being 'on call' to work for the benefit of the state," Demers said.

Demers said the hackers' purpose was to "feed the Chinese Communist party’s insatiable hunger for American and other non-Chinese companies' hard-earned intellectual property, including COVID-19 research."

The indictment did not indicate whether the two hackers obtained information related to COVID-19 research.

However, prosecutors say that, in January 2020, the hackers "conducted reconnaissance" on a Massachusetts biotech firm known for researching a COVID-19 vaccine. During that time, they also "searched for vulnerabilities" at a Maryland biotech firm that had announced it was researching a vaccine a week earlier.

The hackers are also accused of targeting a California biotech company in February of this year. The firm had announced it was researching antiviral drugs to treat coronavirus patients.