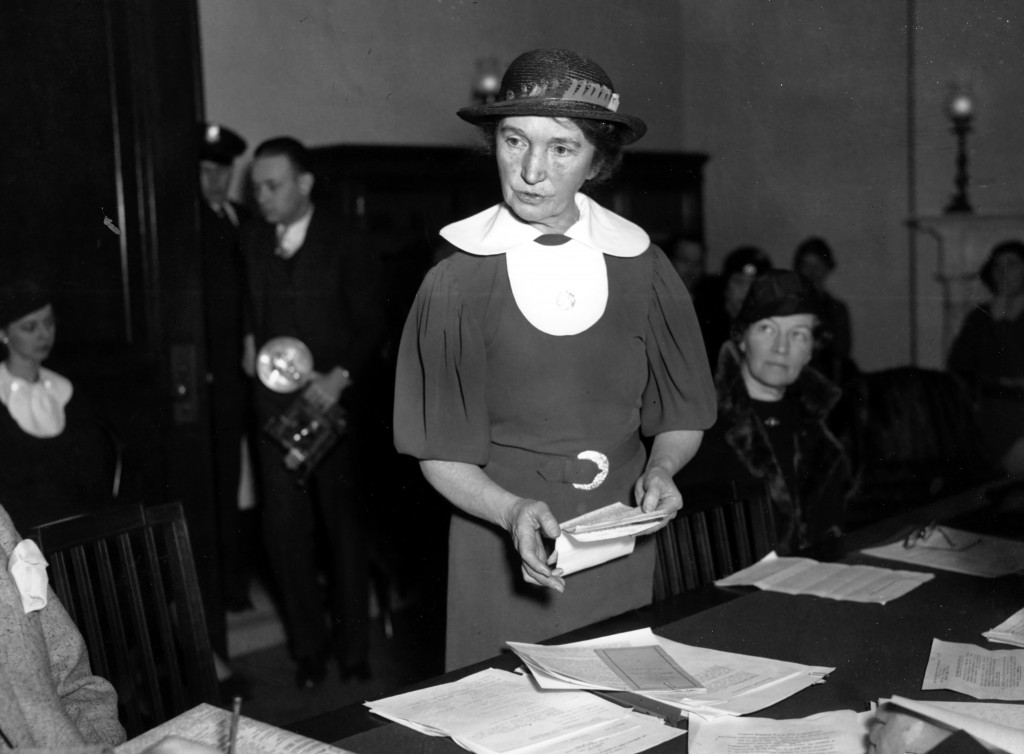 NEW YORK (AP) — Planned Parenthood of Greater New York will remove the name of pioneering birth control advocate Margaret Sanger from its Manhattan health clinic because of her “harmful connections to the eugenics movement,” the group announced on Tuesday.

Sanger, one of the founders of Planned Parenthood of America more than a century ago, has long provoked controversy because of her support for eugenics, a movement to promote selective breeding that often targeted people of color and the disabled.

“The removal of Margaret Sanger’s name from our building is both a necessary and overdue step to reckon with our legacy and acknowledge Planned Parenthood’s contributions to historical reproductive harm within communities of color,” Karen Seltzer, the chair of Planned Parenthood of New York, said in a statement. “Margaret Sanger’s concerns and advocacy for reproductive health have been clearly documented, but so too has her racist legacy."

Officials with the national organization said they supported the move.

“Planned Parenthood, like many other organizations that have existed for a century or more, is reckoning with our history, and working to address historical inequities to better serve patients and our mission,” said Melanie Roussell Newman, a spokesperson for the Planned Parenthood Federation of America.

Planned Parenthood dates its beginnings to 1916, when Sanger, her sister and a friend opened America’s first birth control clinic in Brooklyn.

Although Sanger has long been viewed as a feminist hero for championing women's right to decide when to bear children, her support for the then-popular “science” of eugenics is troubling by contemporary standards. She wrote in 1921 that “the most urgent problem today is how to limit and discourage the over-fertility of the mentally and physically defective.”

Sanger’s defenders say she was not racist, citing her relationships with Black leaders like W.E.B. Du Bois and her work to provide contraceptive services in Black communities — not for eugenics, but to give Black parents the ability to choose how many children to have.

The move by Planned Parenthood to distance itself from its founder takes place amid a nationwide reckoning with the legacies of once-revered figures whose views on race are now seen as abhorrent.

Princeton University announced last month that it would remove the name of former President Woodrow Wilson from its public policy school because of his segregationist views.

Opponents of Planned Parenthood welcomed the removal of Sanger's name from the Manhattan clinic. Abortion rights foes have long invoked Sanger’s name in contending that Planned Parenthood’s provision of services, including abortion to Black communities, is racist.

The anti-abortion group Students for Life of America said in a statement Tuesday that Sanger should not be honored anywhere.

“Margaret Sanger’s intense campaign to push contraception and the abortion mentality on minority communities to ensure that fewer black babies would be born deserves our condemnation and demands that she be removed from places of honor,” said Kristan Hawkins, the organization's president.

The clinic that had been named after Sanger will now be known as the Manhattan Health Center. Planned Parenthood of Greater New York said it is also urging New York City leaders to remove Sanger’s name from a street sign near the clinic.