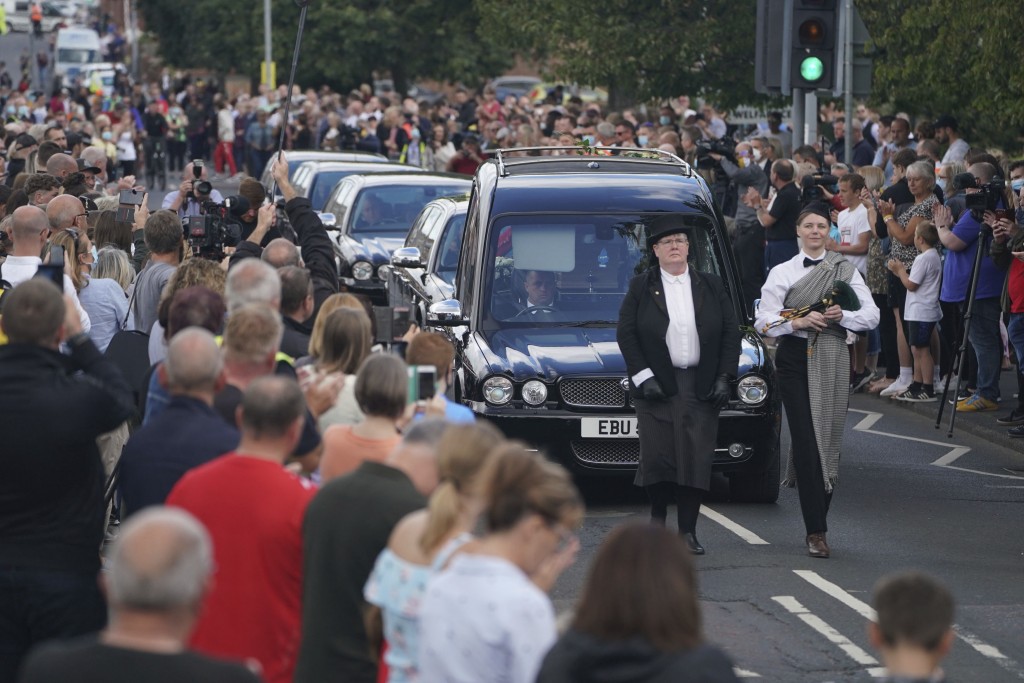 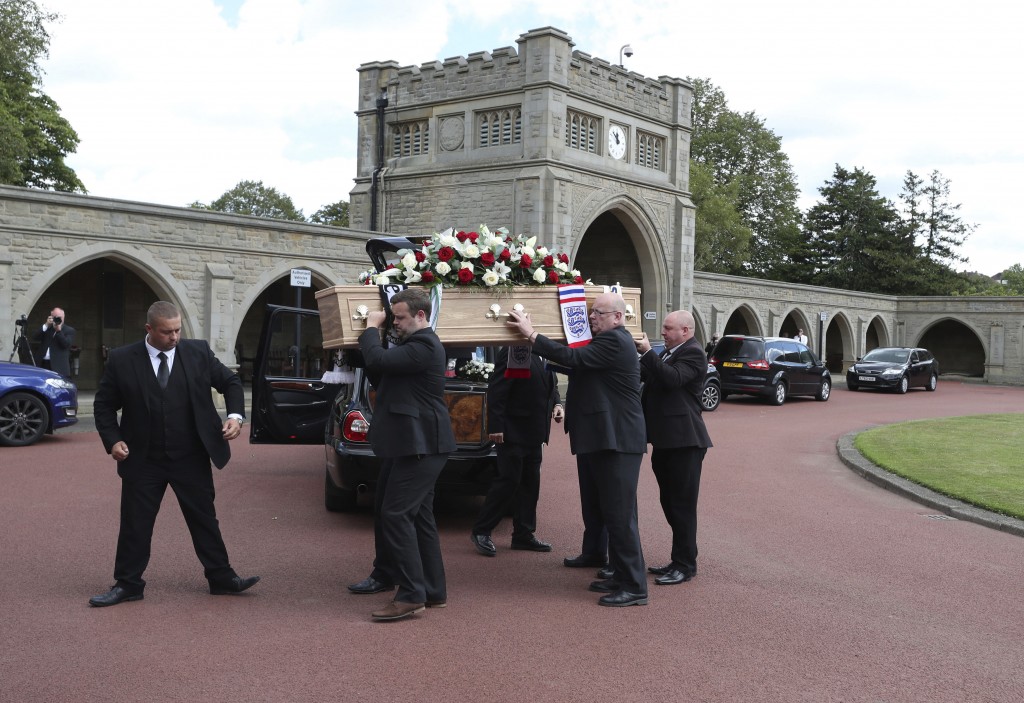 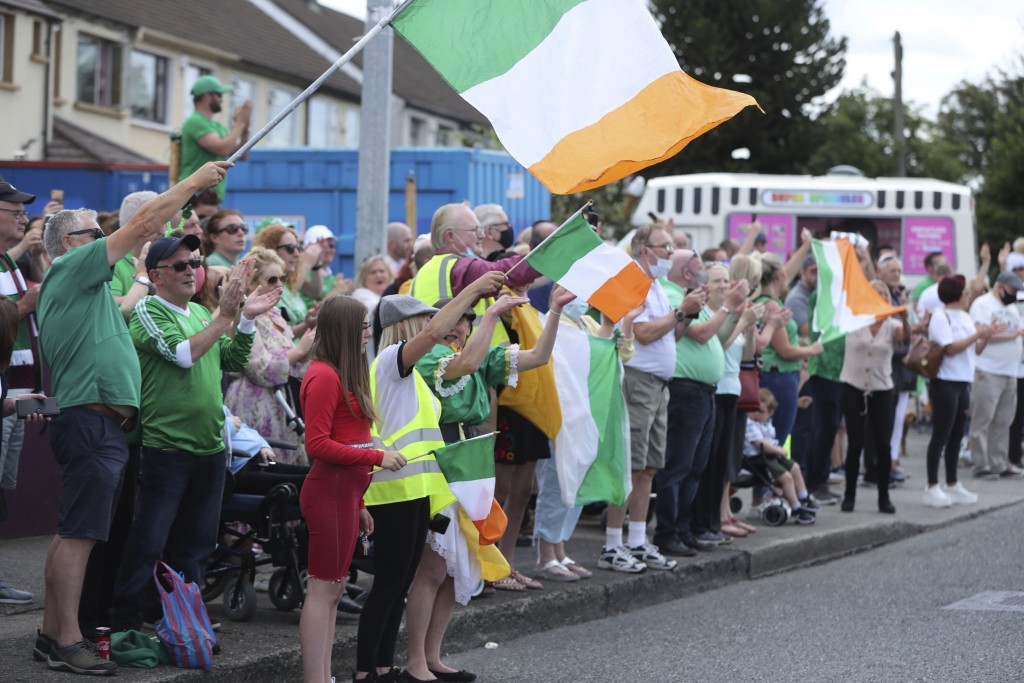 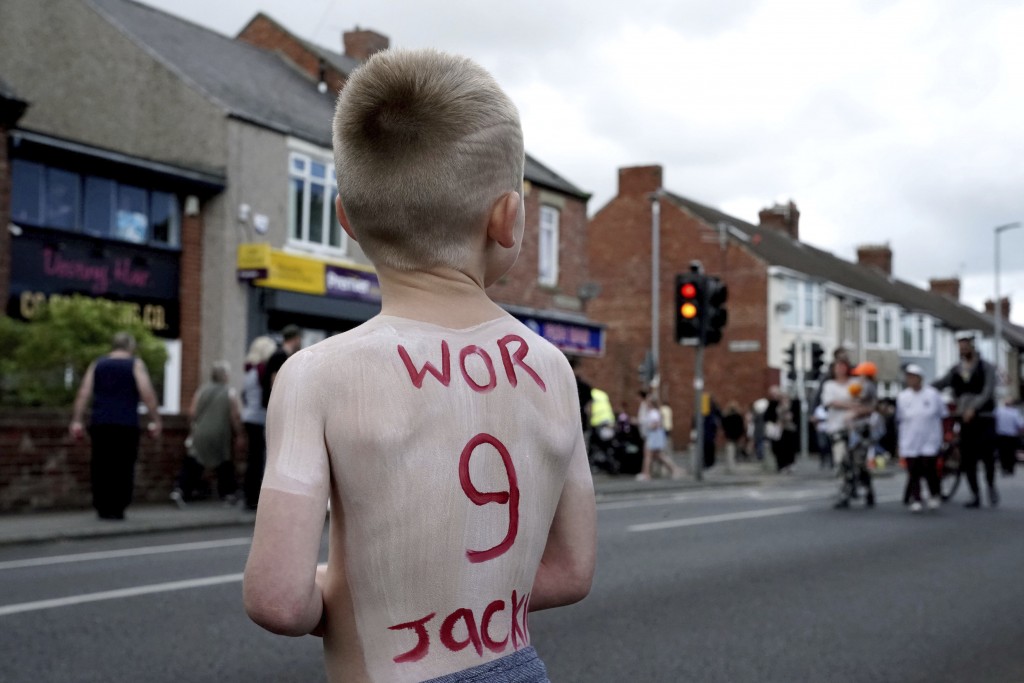 ASHINGTON, England (AP) — Applause and cheers broke out in celebration of the life of Jack Charlton as thousands of people gathered in a former mining community in northern England before the funeral of the 1966 World Cup winner on Tuesday.

Ashington, a town in the northeast of England, came to a standstill as the funeral cortege made its way through the streets and well-wishers paid their final respects to Charlton, a local hero who died July 10 at the age of 85.

People threw flowers on the hearse and the procession slowed as it passed close to the street where Charlton and his younger brother, Bobby, lived and played football in the back lane.

Bobby Charlton, who was also in England's World Cup-winning team, was not well enough to attend the service at Newcastle Crematorium. A floral tribute from him and his wife, Norma, was placed next to the coffin, saying: “Rest in peace Jack, sending our deepest sympathy.’”

The coffin was draped by scarves of England’s football team and also those of Ireland, which Jack Charlton coached to its first major tournaments.

Nicknamed “Big Jack” and celebrated for his earthy “beer and cigarettes” image, Charlton was Footballer of the Year in England in 1967. He spent all his club career at Leeds from 1952-73, tying its all-time record of 773 appearances. He won every domestic honor, including the league title in 1969.