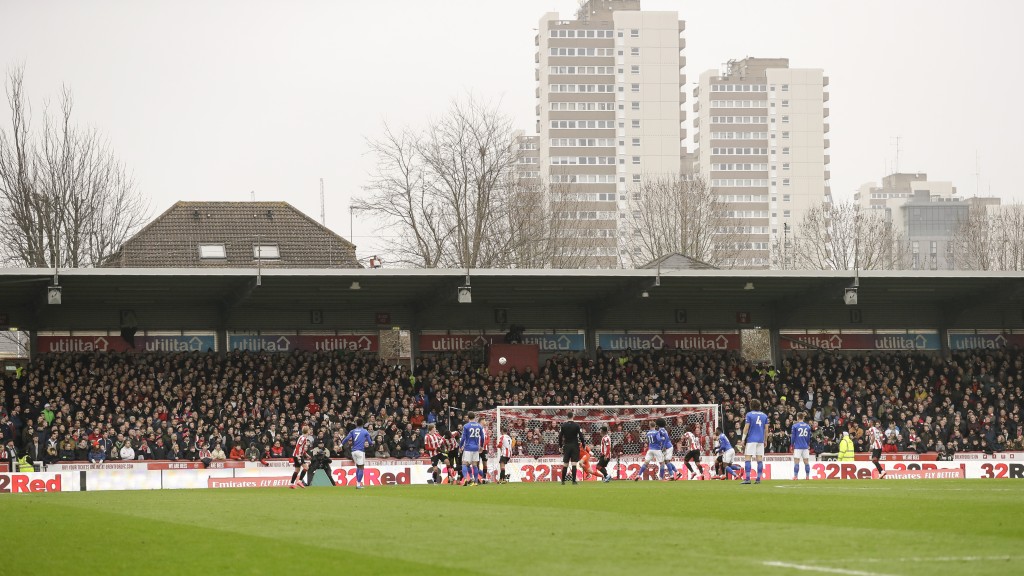 LONDON (AP) — With another win at home on Wednesday, west London club Brentford could end up saying goodbye to its 116-year-old stadium and hello to the Premier League for the first time.

The Bees returned from the pandemic-forced break in June and went on a roll, winning seven games in a row to move up the standings and close in on second place — the final automatic promotion spot in the Championship behind champion Leeds.

When soccer resumed in England following the three-month shutdown, Brentford played its first game at London rival Fulham and won 2-0. Six more victories followed before a 1-0 loss last weekend on a rainy Saturday in Stoke.

Brentford will play its final game of the regular season at home on Wednesday against Barnsley, a match that could be its last at Griffin Park — the team's home since it was built in 1904. The club is planning to move to the 17,250-seat Brentford Community Stadium next season.

A victory for Brentford against Barnsley combined with a loss or a draw for West Bromwich Albion against Queens Park Rangers will give the Bees a spot in the Premier League for next season. It would be Brentford's first chance to play in the top division since 1947.

Fourth-place Fulham still has a chance to grab that second-place spot as well. The Cottagers play at Wigan and need a win combined with a loss for West Brom and a draw or loss for Brentford.

Regardless of the outcomes, two of those three clubs will still be in the four-team playoffs for the third and final promotion spot. The teams that finish in third, fourth, fifth and sixth place all enter the playoffs, with the final at Wembley Stadium.

Barnsley, however, will have plenty to play for at the other end of the standings. The team is in second-to-last place and needs a win to have any chance of avoiding relegation to the third division.

As usual since the restart, none of the matches will have any fans in attendance because of the coronavirus pandemic.

“Of course we miss the fans," Frank said. "Football is for the fans and about the fans.”