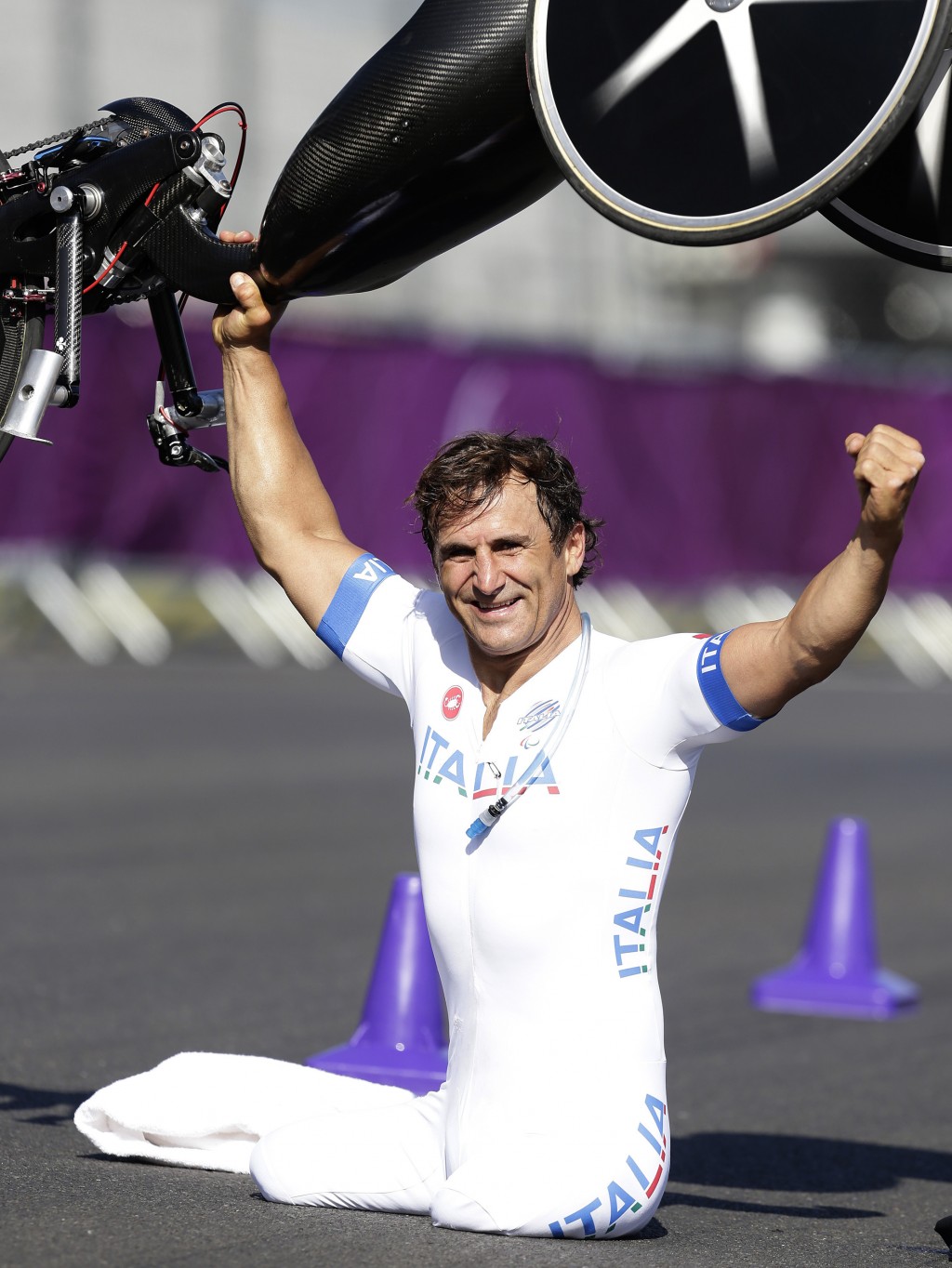 SIENA, Italy (AP) — Alex Zanardi, the Italian auto racing champion-turned-Paralympic gold medalist, was transferred to a neurological rehabilitation center Tuesday, a month after getting seriously injured in a handbike crash.

The Siena hospital that had been treating Zanardi since the June 19 crash announced that the athlete had been released but, in accordance with Zanatrdi's family, did not say where he was taken.

Zanardi underwent three delicate surgeries at the Siena hospital to stabilize him and reconstruct his severely damaged face since he crashed into an oncoming truck near the Tuscan town of Pienza during a relay event.

“His clinical condition and vital signs have shown he’s on the road toward stability, which allowed for the reduction and suspension of the sedative, and therefore the possibility to be transferred to a facility where he can receive the necessary neuro-rehabilitation,” said Valtere Giovannini, director of the Santa Maria alle Scotte Hospital.

“(Zanardi) has shown extraordinary strength, which is a precious gift that he’ll need on the new challenge beginning today,” Giovannini added.

The 53-year-old Zanardi, who lost both of his legs in an auto racing crash nearly 20 years ago, had been on a ventilator in a medically induced coma since the crash.

The hospital would not say if Zanardi was awake or not.

Zanardi won four gold medals and two silvers at the 2012 and 2016 Paralympics. He also competed in the New York City Marathon and set an Ironman record in his class.

Last month, Pope Francis penned a handwritten letter of encouragement assuring Zanardi and his family of his prayers. The pope praised Zanardi as an example of strength amid adversity.