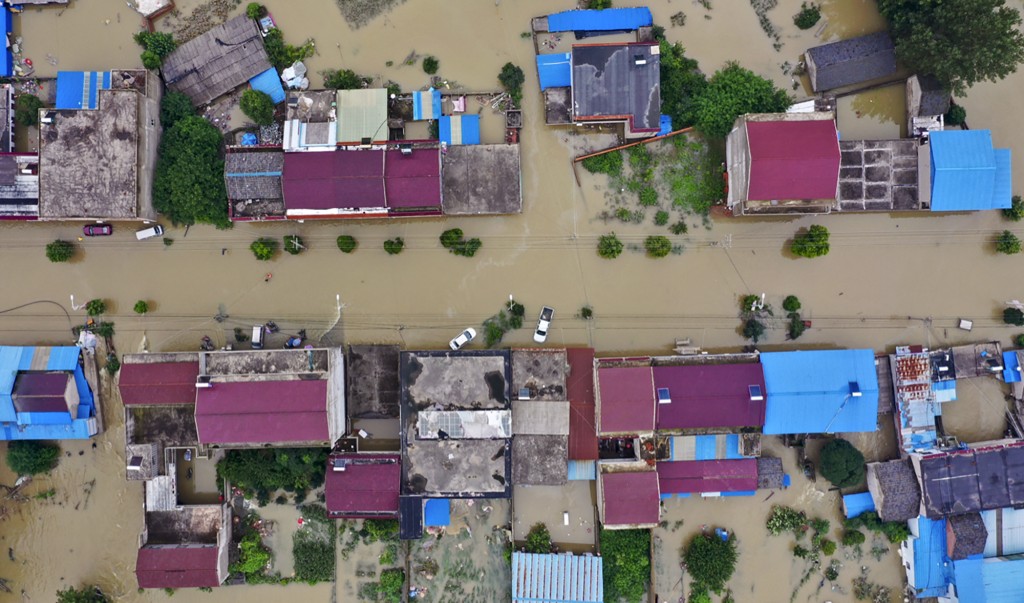 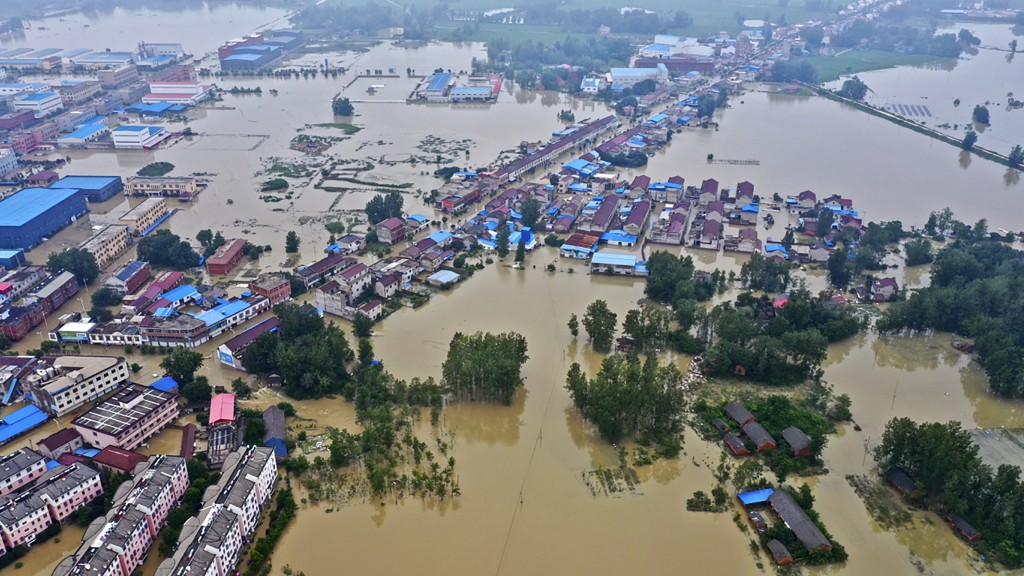 BEIJING (AP) — Breached levees have trapped more than 10,000 people in an eastern Chinese town as flooding worsens across much of the country, local authorities said Tuesday.

About 1,500 firefighters were rushed to carry out rescues in the province, where weeks of heavy rains have disrupted the lives of more than 3 million people, Xinhua said.

China’s Meteorological Administration said more heavy rainfall along the Yellow River and Huai River is expected over the next three days.

At least 141 people have died or gone missing in flooding since the beginning of June, with more than 150,000 houses damaged and direct economic losses estimated at about $9 million.

On Sunday, a dam in Anhui was blasted to allow flood waters to flow downriver. The province's Wangjiaba dam on the Huai River opened its 13 sluice gates on Monday, flooding cropland and forests to prevent more extensive damage down river.

The move forced more than 2,000 people to seek safety in the middle of the night, some loading blankets and furniture onto three-wheel motorcycles..

Built in 1953, the Wangjiaba dam is a key defense against flooding along the Huai and has only opened its sluice gates on 15 occasions, the last time in 2007.

Other parts of Aunhui have also been forced to take extreme measures, with the Liu’an city government reporting that Huai River waters had been directed into seven flood retention areas on Tuesday.

Both the Yangtze, China's mightiest river, and the Yellow River to the north have become engorged following torrential rains.

The western city of Lanzhou, on the Yellow River, has already seen a second flood crest as the river speeds past it toward eastern China and the Bohai Gulf.

In the central province of Hubei, authorities in Enshi prefecture that lies to the south of the Yangtze warned residents Tuesday to prepare to evacuate because a nearby newly formed barrier lake could burst anytime. Such lakes are usually formed when rivers become blocked by earth, stones and other debris.

While rainfall has been heavier than usual this year, the level of death and destruction is below the annual average for the last few years, according to Xinhua.

China experienced its worst flooding in recent years in 1998, when more than 2,000 people died and almost 3 million homes were destroyed, mostly along the Yangtze.