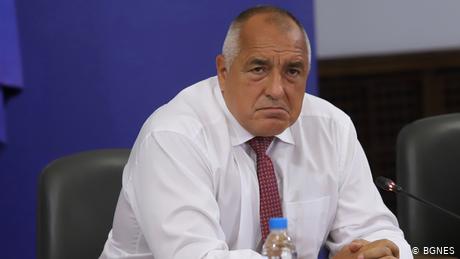 Bulgaria's parliament on Tuesday voted down a no-confidence motion brought against Prime Minister Boyko Borisov and his center-right coalition government.

The vote, called for by the opposition Socialists amid accusations the government has failed to tackle corruption, saw 124 lawmakers oppose it, with 102 in favor.

Allegations of corruption and favoritism towards oligarchs has fueled the wave of popular anger towards Borisov and his government.

The sacking of three ministers last week failed the quell the unrest. Thousands of demonstrators have continued to take to the streets, demanding Borisov's resignation.

The protests began after police raids on two senior officials working in Socialist President Rumen Radev's office. Prosecutors say the raids were carried out as part of probes into influence-peddling, but Radev's supporters argue they were aimed at delaying corruption investigations into Bulgaria's political elite and oligarch class.

The raids have sparked a standoff between the president and prime minister. Radev has urged on the protesters, and called on Borisov's "mafia" government to resign.

Borisov has thus far refused to step down. His current term ends in 2021.

A former firefighter and bodyguard, Borisov first rose to power in 2009 and has dominated Bulgarian politics ever since. He is now facing one of his greatest crises yet as prime minister.