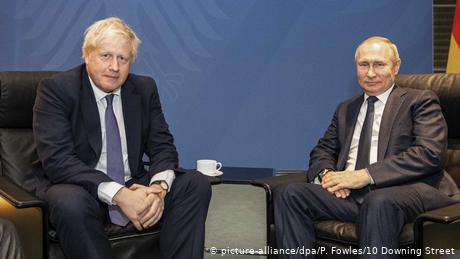 A report on Russian interference in British politics concluded on Tuesday that the Kremlin tried to influence the outcome of the 2016 Brexit referendum and the government's ignorance of potential meddling was "astonishing."

The report also found similar evidence for interference in the Scottish independence referendum of 2014.

The 50-page document that has been released after a nine-month delay stated Number 10 "had not seen or sought evidence of successful interference in UK democratic processes" at the time, and made no serious effort to do so.

The body conducting the investigation, The Intelligence and Security Committee (ISC), demanded a government inquiry as a result of its findings.

The ISC also said the reasons Boris Johnson and his government gave for the delays in the publication of the report were "not true."

Read more:From Russia with love: How damaging is the 'Russia Report' for the UK?

SC member Stewart Hosie spoke to reporters recognizing the Russian interference in the EU membership referendum but said it was impossible to say if the meddling influenced the outcome. He said: "The actual impact of such attempts on the result itself would be difficult, if not impossible, to prove."

'Slow to recognise the threat'

"However what is clear is that the government was slow to recognize the existence of the threat, when it should have been seen as early as 2014," he said after the body found that Moscow also tried to interfere with the Scottish independence referendum that took place two years before the Brexit vote.

Hosie continued: "The government did not take action to protect the UK's process in 2016. The committee has not been provided with any post-referendum assessment, in stark contrast to the US response to reports of interference in the 2016 presidential election. In our view, there must be an analogous assessment of Russian interference in the EU referendum."

The UK government subsequently rejected the ISC's calls for a government inquiry. Foreign Secretary Dominic Raab released a statement from Downing Street citing that any interference in the Brexit vote was not "successful" and that "a retrospective assessment of the EU referendum is not necessary."

The Kremlin has denied any involvement in the outcome of elections and referendums in any country outside of Russia.