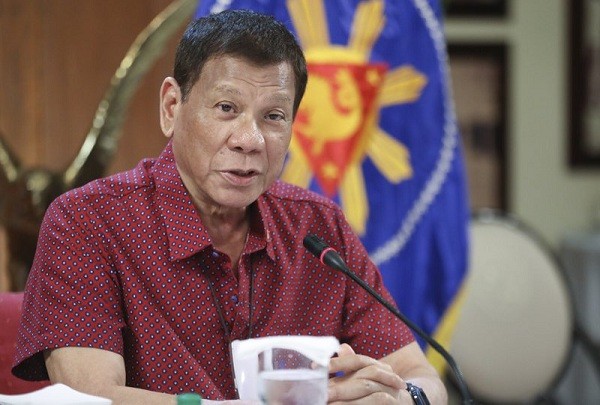 TAIPEI (Taiwan News) — As the Wuhan coronavirus (COVID-19) pandemic has continued raging in the Philippines since the country reopened its economy in June, Philippine President Rodrigo Duterte reportedly reaffirmed on Tuesday (July 21) his intention to have people arrested for not wearing masks.

The Philippine authorities pointed out on Tuesday that since the country eased its lockdown in June, confirmed COVID-19 cases and the death toll have both risen. The number of confirmed cases, which currently stands at 68,898, has increased fourfold, and 1,835 have died of the disease.

Among Southeast Asian nations, the situation in the Philippines is better only than Indonesia's, per Liberty Times.

As the numbers surge, hot spots in the country have been placed on lockdown again. The authorities said that they will further ramp up the country's testing capacity from 20,000-23,000 daily tests to 32,000-40,000.

The Philippines is currently ranked No. 24 in terms of testing capacity among the 30 countries in the world most impacted by the pandemic.

In April, Duterte warned that the government would arrest people who were spreading the virus, including those who refused to wear a mask and maintain social distancing. The president reiterated the policy on Tuesday, saying that the government will not feel guilty about arresting anybody violating the rules.

He issued a warning to those caught not wearing a mask, saying being jailed would "give [them] a lesson for all time." Last week, Duterte's government said that health workers and police have the right to take COVID-19 patients with mild or no symptoms from their homes and put them into quarantine centers, raising alarm among human rights advocates in the Southeast Asian country.