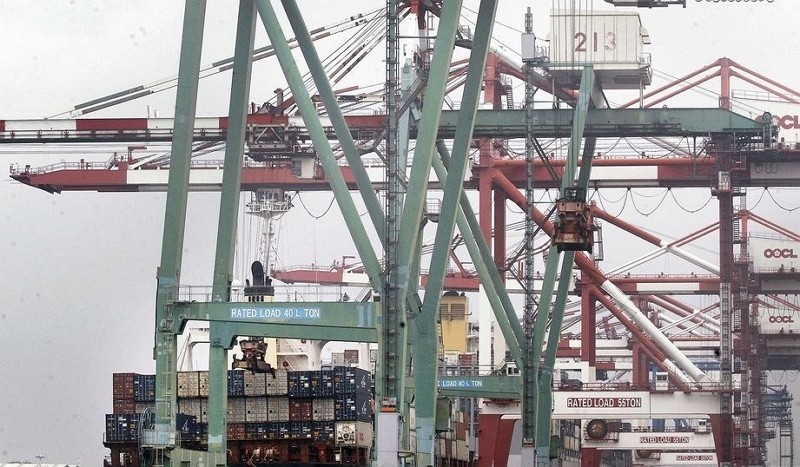 The value of orders received by Taiwan-based companies in June totaled US$41 billion, up 6.5 percent from a year earlier after a year-on-year increase of 0.4 percent in May, data compiled by the MOEA showed.

On a month-on-month basis, the June figure was up 5.4 percent, and after seasonal adjustments, it was up 1.4 percent, the data indicated.

The ministry said the demand for work-from-home products and video conferencing equipment triggered by the COVID-19 pandemic has driven strong consumption of information technology devices such as notebook computers, giving a boost to Taiwan's export orders in June, and also bringing year-on-year growth for the past few months since March.

The last time Taiwan's export orders posted a year-on-year growth for four consecutive months was from July to October 2018, according to the MOEA.

Huang Yu-ling (黃于玲), director of the MOEA's Department of Statistics, told reporters that export orders in June were up thanks to strong demand for information and communication technology (ICT) products such as laptops. The COVID-19 pandemic has forced people around the world to work from home and there was also a pent-up demand for semiconductor chip design and production driven by a shift to 5G mobile phones, Huang said.

In the second quarter, export orders totaled US$118.42 billion, up 3.1 percent from a year ago, stopping a six-quarter decline since the fourth quarter of 2018, Huang said.

Although the COVID-19 pandemic continues to spread in the United States, orders for exports received by Taiwan-based companies from the country reached US$13.3 billion, up 13.6 percent from a year earlier, the biggest increase since September 2018, according to the MOEA data.

The spike was mainly because the U.S. had partially lifted its lockdown measures, letting people out of their homes for shopping, which helped boost domestic demand.

The orders were placed largely for electronics and ICT devices, Huang said.

He cautioned that whether the existing trend of increase in exports will be sustainable remained to be seen.

In terms of Taiwan's biggest export markets, in June the United States placed the largest orders to Taiwanese exporters at US$13.3 billion, followed by China/Hong Kong (US$10.56 billion, up 13 percent from a year earlier) and Europe (US$7.47 billion, up 10.8 percent).

Compared to the brilliant performance of the ICT and electronics industries, the old economy sector, however, continued to witness a decline in demand caused by the COVID-19 pandemic, seeing their export orders falling at a double-digit pace in June, the MOEA said.

In June, export orders placed to base metal and chemicals makers in Taiwan fell 15.9 percent and 20.1 percent, respectively, from a year earlier to US$1.77 billion and US$1.3 billion, the statistics showed.

Meanwhile, plastics and rubber makers in Taiwan saw their export orders falling 10 percent from a year earlier to US$1.65 billion in June.