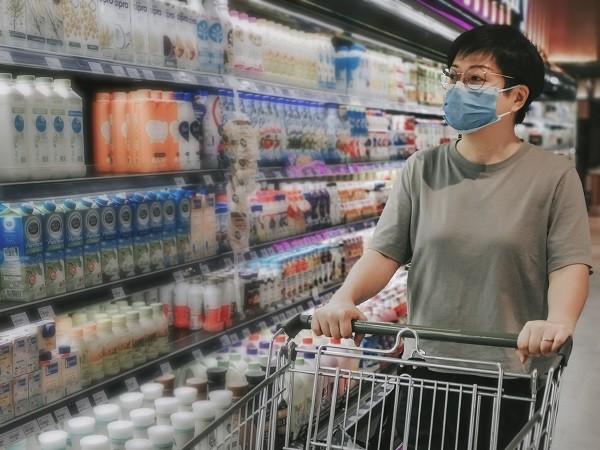 TAIPEI (Taiwan News) — A Chinese blogger who goes by the pen name Wang Xiaoqi (王小七) was arrested by police in Shanghai on July 18 for his article disclosing the truth about the Chinese dairy industry.

According to 維權網, a Chinese human rights blog, the abrupt arrest did not leave Wang enough time to contact his friends. He later sent out messages through his social media account asking for help: "I am now at the Hua Cao police station in the Minhang District. Any lawyer who can help, please come!"

Wang was released on the same day and returned home.

In his article, Wang described the rise of two Chinese dairy giants, Mengniu and Yili, and how they conquered the Chinese market. He said the two companies achieved their dominance by manipulating industry standards and silencing opponents with state power.

Based in Hohhot, Inner Mongolia, the two firms are now among the world's top 10 dairy companies in terms of sales value. The companies' broad range of "long-life milk" — milk that can be stored for extended periods — is where their empires began.

According to Wang, Mengniu and Yili acquired their advantage in 2005 when they successfully lobbied the authorities to ban the word "fresh" on milk cartons, preventing Chinese customers from distinguishing fresh milk from long-life milk. Over the next three years, fresh milk became relabeled as "pasteurized milk," losing ground to its competitor.

The intense competition pushed Chinese dairy companies to choose speed over quality, and the use of additives became common practice in treating raw milk. Whey powder, penicillin, and hydrogen peroxide were among the substances used to meet regulations.

Famous for his straightforward criticism of the dairy industry, the former executive director of the China Dairy Industry Association, Wang Dingmian (王丁棉), previously revealed the truth of how large dairy companies in China interfered with the standards of raw milk to facilitate mass production.

Companies like Yili even cooperated with local police to silence the industry's critics. In 2018, a dairy farmer living in Shanxi Province was arrested for writing an article accusing Yili's employees of forcing the companies' dairy suppliers to pay extra in exchange for contract renewals.

On July 15, a court of appeals upheld the guilty verdict from the farmer's first trial. She was found guilty of defaming Yili and sentenced to one year in prison.

The Chinese government forbids citizens from publicly criticizing famous Chinese companies in the name of protecting domestic industries. To date, there have been at least seven people arrested in China for criticizing Yili, per RFA.