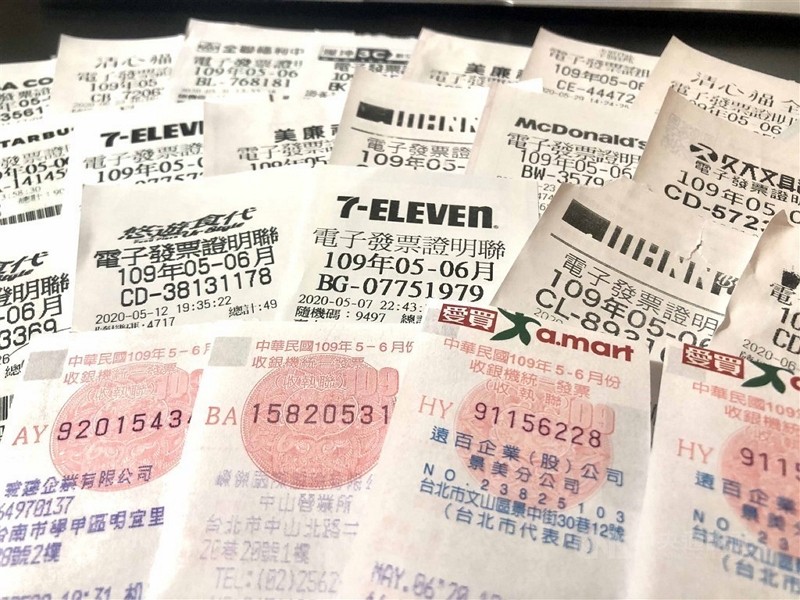 The MOF said the four winners were among 16 that won the NT$2 million grand prize with a winning receipt number of 08501338 in a draw held in May.

The MOF urged the four winners to claim their prize before the Sept. 7 deadline.

All 11 winners of the special prize of NT$10 million with a winning number of 91911374 in the March-April draw have claimed their winnings, according to the MOF, which said the 100 percent claim rate was a rarity.

Since the special NT$10 million prize was launched in 2011, all special prizes in a draw have only been collected four times, the last three coming in 2011 and 2012.

As for the four unclaimed grand prizes, none of the receipts were for large amounts.

One of them was issued by a car park in Zhongli run by City Parking for NT$30, according to the MOF.

The fourth winning receipt was issued by a branch of Siao Bei Warehouse Ltd. located in Tainan's Hsinyin District to a consumer who bought daily necessities worth NT$185.