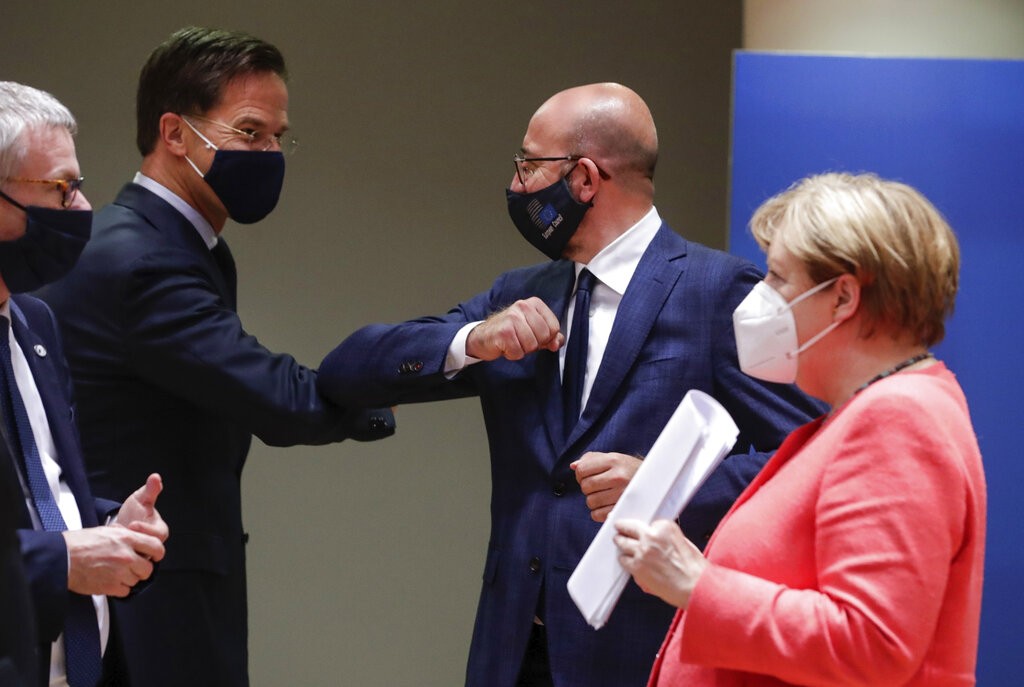 Meanwhile, testing of an experimental vaccine showed it may protect people against the coronavirus. The urgency of such research is rising with the pandemic still gaining momentum in parts of the U.S., India and elsewhere in the developing world.

India added more 37,000 new cases for a national total now exceeding 1,155,000, the third most behind the U.S., with more than 3.8 million, and Brazil, with 2.1 million, according to a tally by Johns Hopkins University.

India's new cases have hovered around 40,000 a day in recent days, with experts warning it is likely to witness a series of peaks as the infection spreads in rural areas where the healthcare system is weak. The Indian Council for Medical Research, the top medical research body, was urging state governments to add more labs and improve testing capacity for the country of 1.4 billion people.

Across Asia, coronavirus outbreaks have waxed and waned, with the latest flare-ups in Australia, South Korea and China's far west appearing to be coming under control.

Australian military personnel were helping health authorities in Victoria state, where the country's second largest city, Melbourne, has shut down to combat a rebound in infections.

“We’re still very much in the hard part of this fight, as you can see from the daily case numbers and I’m not expecting that to change a lot in the short term,” Australian Prime Minister Scott Morrison said. “And we just need to keep working the problem.”

South Korea reported 45 new virus cases, 25 of them among quarantined people arriving from abroad. In many Asian countries, most newly reported infections are among those new arrivals, raising hopes that local outbreaks may be under control.

But Japan has been reporting hundreds of new cases daily, especially in Tokyo, and the death toll has risen above 1,000, with nearly 26,000 total infections.

Worldwide, almost 610,000 people have died from COVID-19, according to Johns Hopkins, with more than 14.7 million people infected, numbers that are both widely acknowledged to be lower than the true toll of the disease.

Weary after four days and nights of haggling, European Union leaders clinched an unprecedented 1.8 trillion euro ($2.1 trillion) budget and coronavirus recovery fund to confront the biggest recession in the history of the region, which faces an estimated economic contraction of 8.3%.

A 750 billion-euro ($858 billion) coronavirus fund will finance loans and grants for countries hit hardest by the virus. That comes on top of the seven-year, 1 trillion-euro EU budget.

“We have laid the financial foundations for the EU for the next seven years and came up with a response to this arguably biggest crisis of the European Union," said German Chancellor Angela Merkel.

The political stakes of providing more support to the U.S. economy, as the first federal relief package is expiring, are high and rising ahead of the November election. Unemployment claims have topped 1 million for 17 straight weeks, leaving many households in a cash crunch and at risk of losing employer-backed health insurance coverage.

But Congressional Republicans remained at odds with Democrats over how much money is enough to ease the financial burden as businesses endure repeated closures to contain the spread of the virus.

Democrats have passed a $3 trillion package in the House. The Republican plan totals about $1 trillion.

“We have to end this virus,” House Speaker Nancy Pelosi said on MSNBC. Any attempt by the White House to block virus-testing money “goes beyond ignorance.”

In San Francisco and Chicago, fresh precautions were ordered to help curb outbreaks, while other places reported signs of progress. Arizona's hospitalizations were at their lowest level in more than two weeks, while in Texas, health officials in Houston said they appeared to be tapering off slightly.

Businesses also are being squeezed. Potions in Motions, a catering company in Fort Lauderdale, Florida, would ordinarily be in high gear for summer weddings, graduations and corporate events, but is down to “micro-events” of eight to 15 people and has had to cut most of its staff.

“We’re trying to just stay alive," said company founder Jason Savino. “There’s no support coming from any government or anywhere that are accommodating these businesses that are being ordered to dial their business back.”

Financial markets pushed higher on Tuesday, tracking overnight gains on Wall Street after scientists at Oxford University said their experimental vaccine had prompted a protective immune response in hundreds of people in an early trial.

The head of emergencies at the World Health Organization hailed the results as “good news” but warned “there’s a long way to go.”