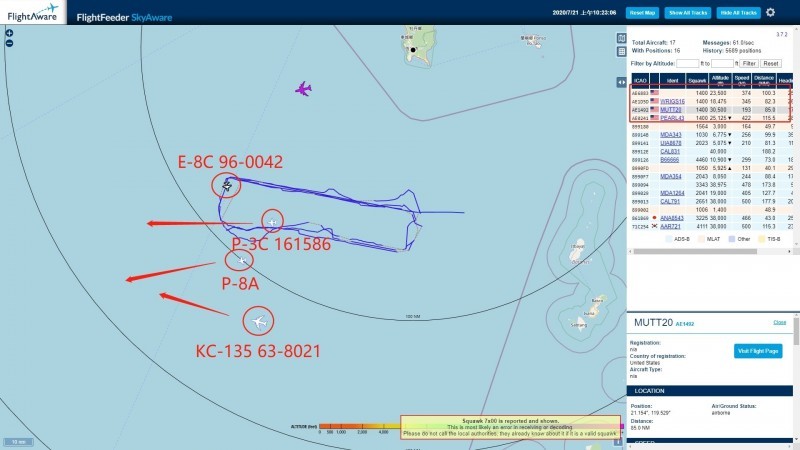 TAIPEI (Taiwan News) — A sophisticated U.S. Air Force E-8C was spotted circling just off the southern tip of Taiwan on Tuesday (July 21) and was soon joined by two other American reconnaissance aircraft.

At 9:25 a.m. on Tuesday morning, aircraft spotter Golf9 on Twitter reported that a Northrop Grumman E-8C Joint Surveillance Target Attack Radar System (Joint STARS) aircraft that had taken off from Kadena Air Base in Japan was flying just to the south of Taiwan. At 9:29, aircraft spotter Callsign: CANUK78 also reported detecting the E-8C.

Callsign: CANUK78 at 10:33 a.m. reported an E-C8, a P-8A Poseidon maritime patrol aircraft, and a KC-135R Stratotanker all flying to the south of Taiwan. By 11:13 a.m., Aircraft Spots reported that the E-C8 was still circling south of the island nation. The website Flightaware.com reported that after hovering 80 nautical miles off of Taiwan's Hengchun Peninsula for about an hour, the E-8C was joined by a U.S. P-3C Orion surveillance aircraft, a P-8A, and a KC-135R in the Bashi Channel.

Liberty Times cited Taiwanese military buff A-Rui (阿睿) as saying that an E-8C flew near Taiwan on at least four previous occasions as two U.S. aircraft carrier battle groups took part in military exercises in the South China Sea. To add to the complexity of the situation, a Chinese warplane entered Taiwan's air defense identification zone (ADIZ) on Thursday (July 16) during a live-fire drill that was part of the country's five-day Han Kuang Exercise (漢光演習).

In recent weeks, the U.S. has frequently sent military aircraft to the South China Sea and near coastal areas of southern China to monitor the communist country's military movements. Last week, an E-8C reconnaissance plane belonging to the U.S. Air Force flew from the Bashi Channel toward Guangdong, China, at one point coming within 72.5 nautical miles (about 134.27 kilometers) of land, according to the report. 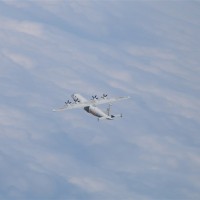 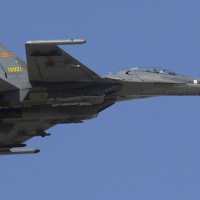 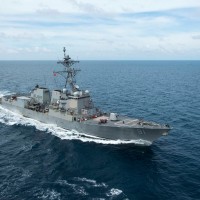