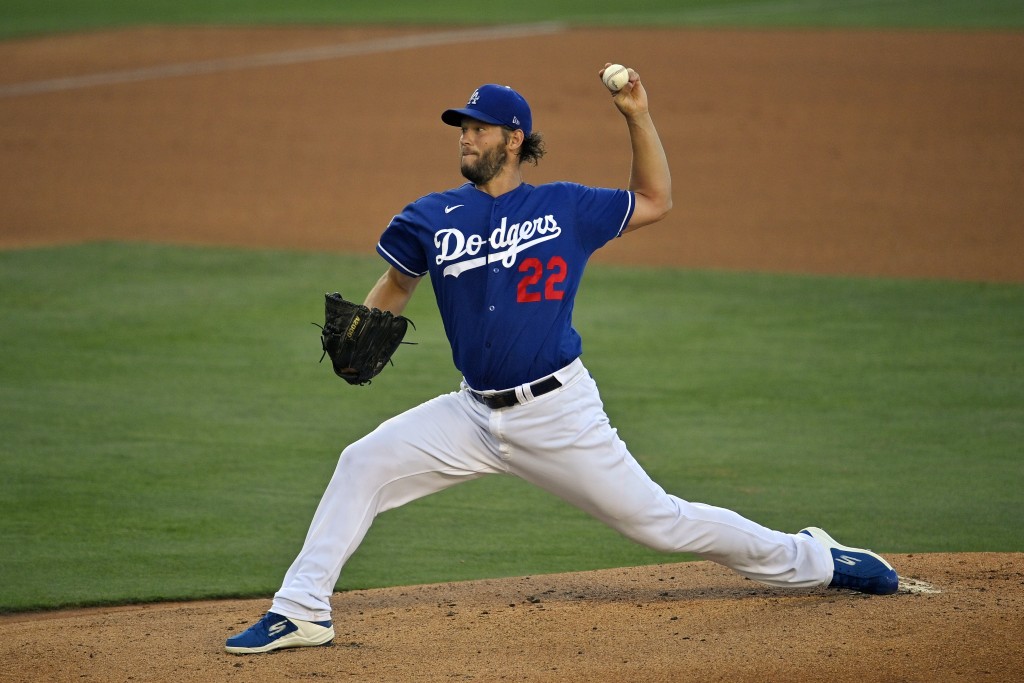 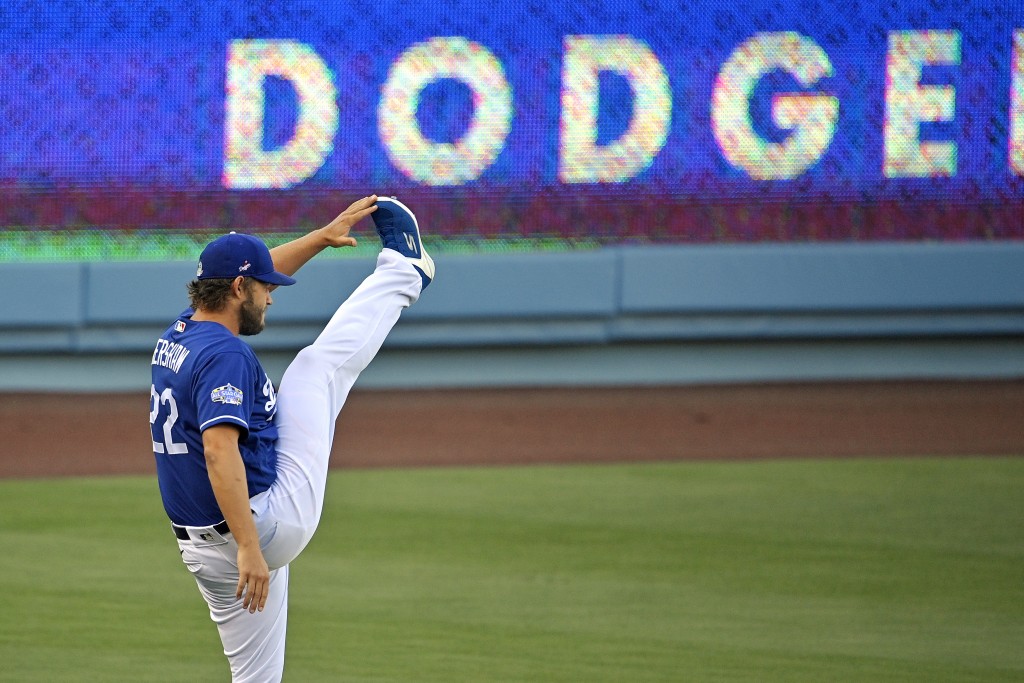 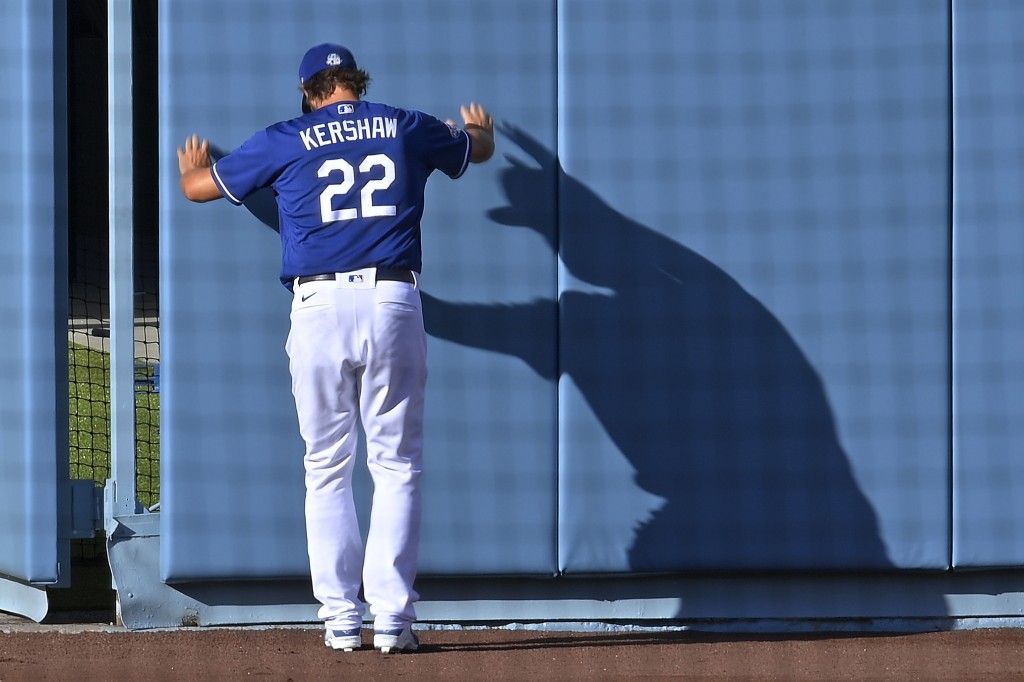 LOS ANGELES (AP) — With three days to go before the 2020 opener, Los Angeles Dodgers ace Clayton Kershaw already was reveling in the first victory of the season.

How he performs Thursday night against the San Francisco Giants in his ninth opening day assignment remains up in the air. But just the opportunity to begin preparations for the Dodgers’ biggest rival has Kershaw feeling positive.

“Really, the fact that we’re even here, a few days away from having a season, I think is a win for baseball in and of itself,” Kershaw said Monday, remarking on the low percentage of positive COVID-19 tests around the majors.

Of course, the biggest challenges posed by the coronavirus await. Teams are only now starting to hit the road for exhibition games. Los Angeles hosted the Arizona Diamondbacks at Dodger Stadium on Monday for the second consecutive night.

Simply breaking even in road games has always been a solid recipe for success in baseball. Except now, Kershaw believes that being away from home is where the entire season will hang in the balance.

“Honestly, it’s just kind of scary,” the three-time Cy Young Award winner said. “You think about, if I go somewhere and get (coronavirus) and give it to my teammates and our season is ruined because of something stupid I did, that’s a bad feeling. Don’t be that guy.

“Just that pressure alone will keep guys from doing the irresponsibility thing. That’s not to say some guys won’t get it, obviously, but we will do everything we can to stay as safe as possible.”

The first stop on the road for the Dodgers will come in Houston on July 28 and 29.

Of course it will.

An investigation by Major League Baseball last winter found the Astros stole signs illegally during the 2017 season. Houston defeated the Dodgers in the World Series that year.

Kershaw already expressed shock at the revelation during the offseason and spent the spring trying to move on from the subject.

For now, anyway, his focus when it comes to the road is beating opponents and winning the battle against coronavirus.

“We understand that it’s not going to be, hey, you roll into town and find something to eat,” Kershaw said. “It’s just not going to be that way. We know that. We, for the most part, other than going to grab a coffee or something, are going to be confined to the hotel on the road and that’s OK. I think as long as you’re outside, as long as you’re wearing a mask, that’s safe. We haven’t talked about specific protocols as a team.”

While not exactly saying that right-hander Ross Stripling and left-hander Alex Wood would follow Kershaw in the rotation to start the season against the Giants, manager Dave Roberts at least suggested it.

“Um, I do see Stripling in there,” Roberts said. “I see Alex Wood in there. How about that?”

Left-handers Madison Bumgarner and Robbie Ray are not with the Diamondbacks in Los Angeles, having stayed back in Phoenix for final preparations with the remainder of the 60-man player pool that did not travel.

Both pitchers will join the team later this week in San Diego in advance of Friday’s season opener. Bumgarner already has been named the opening day starter, and Ray is scheduled to pitch the second game.

Dodgers catcher Austin Barnes was not scheduled to participate in Monday’s exhibition game against the Diamondbacks after he was hit on the left hand by a pitch Sunday versus Arizona. Roberts said Barnes is sore but “feels good.”