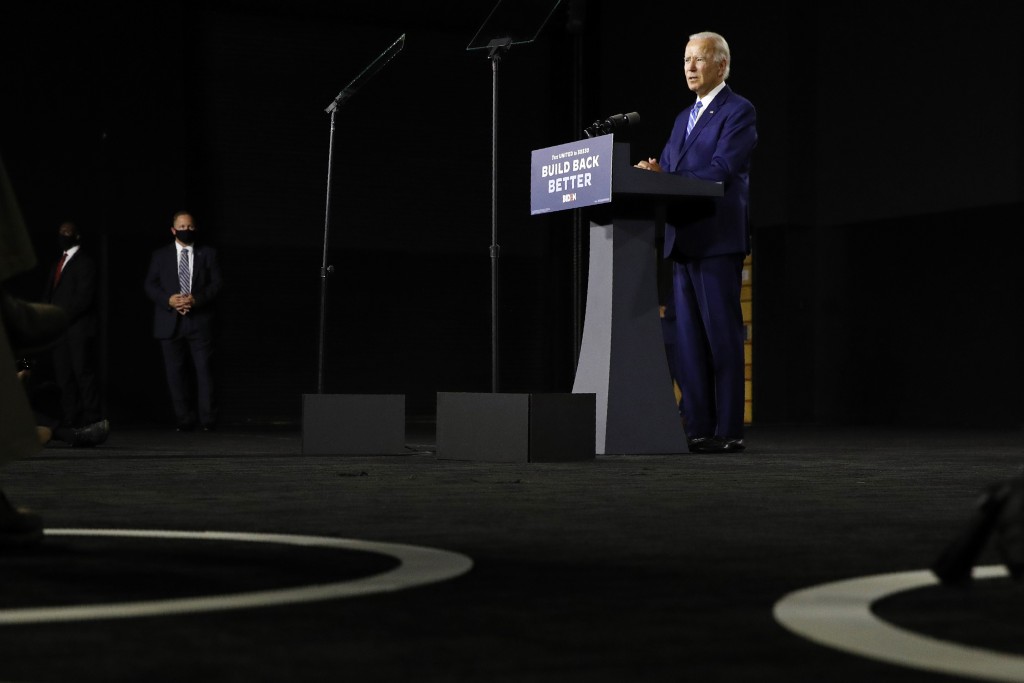 WASHINGTON (AP) — Democrat Joe Biden said Monday that he is getting extensive briefings from lawyers vetting candidates for vice president and plans to have “personal discussions” with his final choices for running mate.

The presumptive presidential nominee said on MSNBC’s “The ReidOut” that he is getting a "two-hour vetting report" on his VP contenders. He said they’ve gone through “about four candidates” so far.

He said once the vetting is done, he will narrow the list and then have a conversation with each of the remaining candidates before making his decision.

The former vice president has pledged to choose a woman as his running mate and has said he'll name her before the Democratic National Convention, which begins Aug. 17.

Biden has been under some pressure to choose a Black woman as his vice presidential candidate in a nod to the constituency's role as the most dependable Democratic base of voters. He would not commit Monday to selecting a Black woman when asked on MSNBC, saying only, "I am not committed to naming any but the people I have named, and among them there are four Black women. So, that decision is underway right now.”

But he did make one pledge.

“My administration, I promise you, will look like America," Biden said on MSNBC. "From vice president, to the Supreme Court, to Cabinet positions, to every major position in the White House: It’s going to look like America.”

He has previously vowed that, if elected and given a vacancy, he would choose a Black woman as a nominee to the Supreme Court.