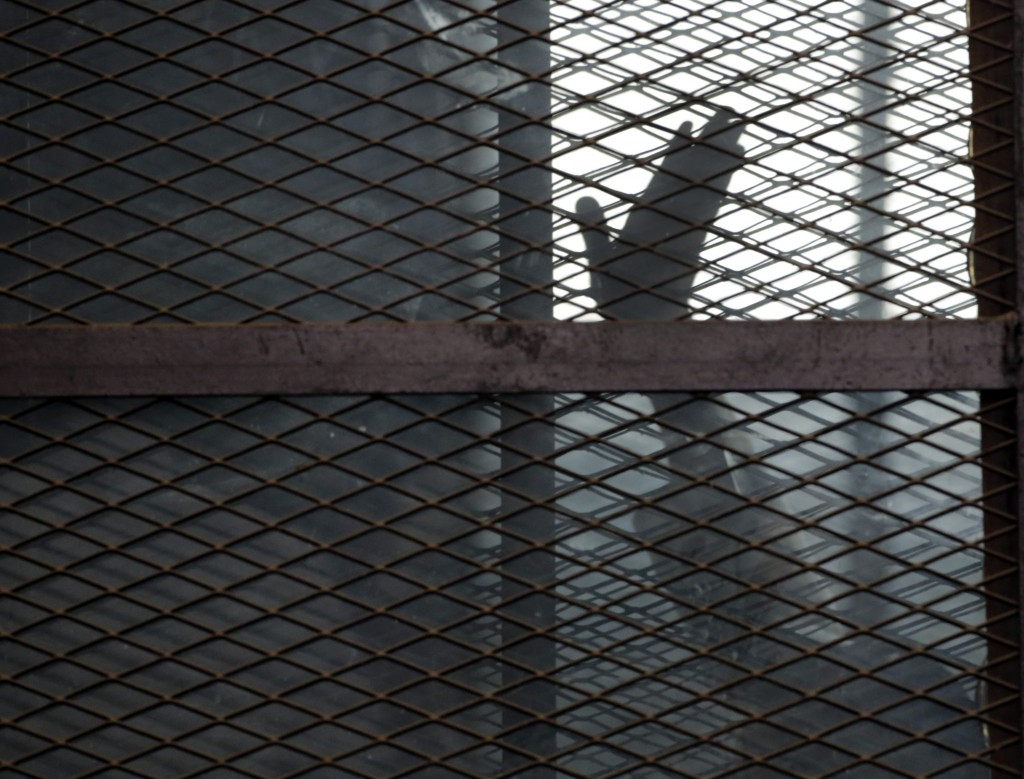 The organization, Human Rights Watch, released an extensive report based on letters smuggled from prison and interviews with inmates and their relatives, documenting multiple cases of detainees who died after experiencing virus symptoms without being tested or receiving adequate medical treatment.

Tens of thousands of people in Egypt are crammed into what rights groups say are overcrowded and unsanitary prisons.

Despite appeals for the government of President Abdel Fattah el-Sissi to release thousands of inmates to curb the spread of contagion, authorities have only accelerated a long-running crackdown on dissent, arresting health workers, journalists and critics who voice concerns over the government’s handling of the pandemic.

One of them, activist Sanaa Seif, was arrested last month after raising the alarm over a possible outbreak in the prison where her brother, prominent political prisoner Alaa Abdel-Fatah, is being held. Her family's fears have grown since authorities suspended visitation rights as a precaution against infection. Prison policies have been applied erratically since the start of the pandemic, said her sister Mona Seif, with guards often refusing to let in disinfectants and medicine for inmates or pass letters to families desperate for information.

“Instead of providing adequate medical care and health measures needed to prevent the spread of COVID-19, the Egyptian government tries to obscure a serious health crisis in prisons,” said Joe Stork, deputy Middle East and North Africa director at HRW.

An Egyptian press officer did not respond to a request to comment on the report.

The group reported that Egypt’s National Security Agency summoned, interrogated and punished inmates when news media began to crackle with leaks of suspected virus cases in prisons. In one case, inmates said they were stripped, beaten with sticks and electric cables for complaining about their conditions.

Despite the news blackout, unofficial reports provide an alarming glimpse at what could be runaway transmission in Egypt’s prisons. The pandemic has surged in Egypt, infecting over 88,402 people and killing 4,352, the highest death toll in the Arab world. Even as the daily infection rate in the nation has declined this month, accounts of virus cases in prisons are mounting.

The HRW report cited Geneva-based human rights group Committee for Justice saying it has documented over 190 suspected COVID-19 cases across a dozen prisons and 29 police stations, including 160 inmates and 30 employees. Multiple prisoners reported they and their fellow inmates had fever, cough, body aches and loss of taste and smell.

Of the 14 deaths, nine died in a hospital after being transferred from detention.

Although Hamdy Abdel Aal Ryaan, 58, suffered severe virus symptoms for days, he was rushed to a hospital in the Central Security Forces camp, north of the capital, only when he was dying, the report said, citing a relative. Ryaan, squeezed in a small cell with over 20 others, received almost no medical care. The cause on his death certificate reads: “not yet determined.”

In al-Mahallah First Police Station, in northern Egypt, three political detainees held without trial died last month. The family of one of them, retired math teacher Moawad Mohamed Suleiman, 65, was told he died of a heart attack, but received no medical proof. Later, his relatives learned that Suleiman had suffered virus symptoms.

Fellow detainee Hassan Ziadah, 56, was transferred to a health center designated for COVID-19 patients last month and died handcuffed to his hospital bed.

In almost all cases, HRW said, prison authorities have done little to protect prisoners from infection beyond grouping suspected cases in the same cell. Officers in at least three prisons prevented inmates from obtaining or wearing masks, it said.

The rights group urged Egyptian authorities to release more detainees, including the many political prisoners excluded from recent gestures of clemency, conduct widespread virus testing and allow inmates regular communication with their lawyers and families.

“As with any major issue in Egypt, the main concern of authorities is to control any information flow," said Mona Seif, the sister of prisoner Abdel-Fatah, in a recent interview.

When her family finally received a letter from Abdel-Fatah after weeks of silence, the content appeared self-censored, she said, mysteriously void of any reference to the health crisis gripping their country. “It really is a black hole.”