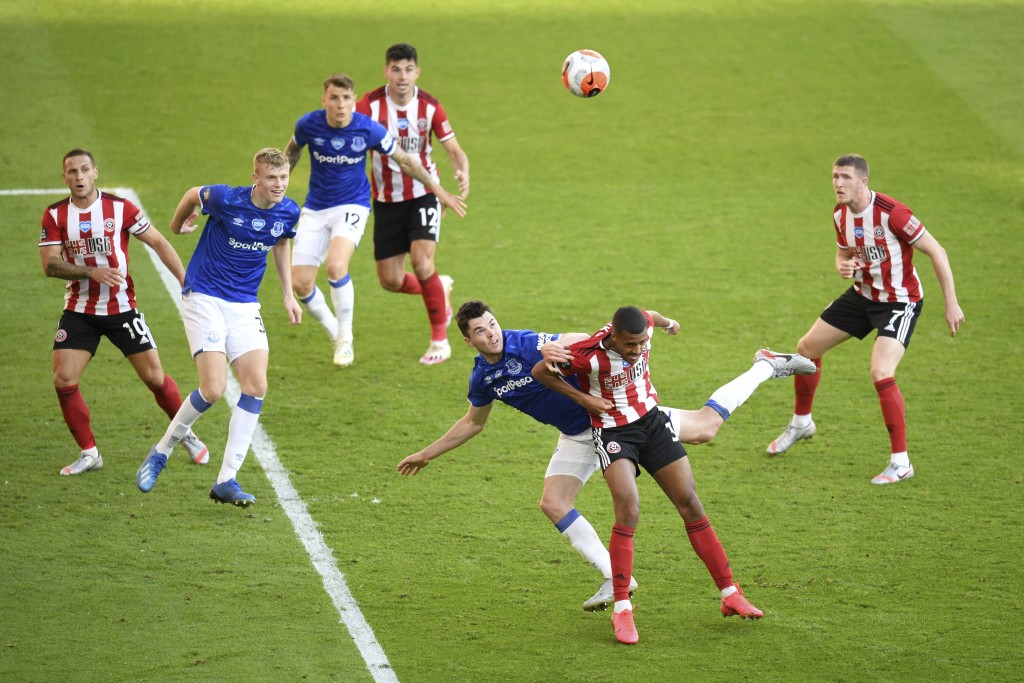 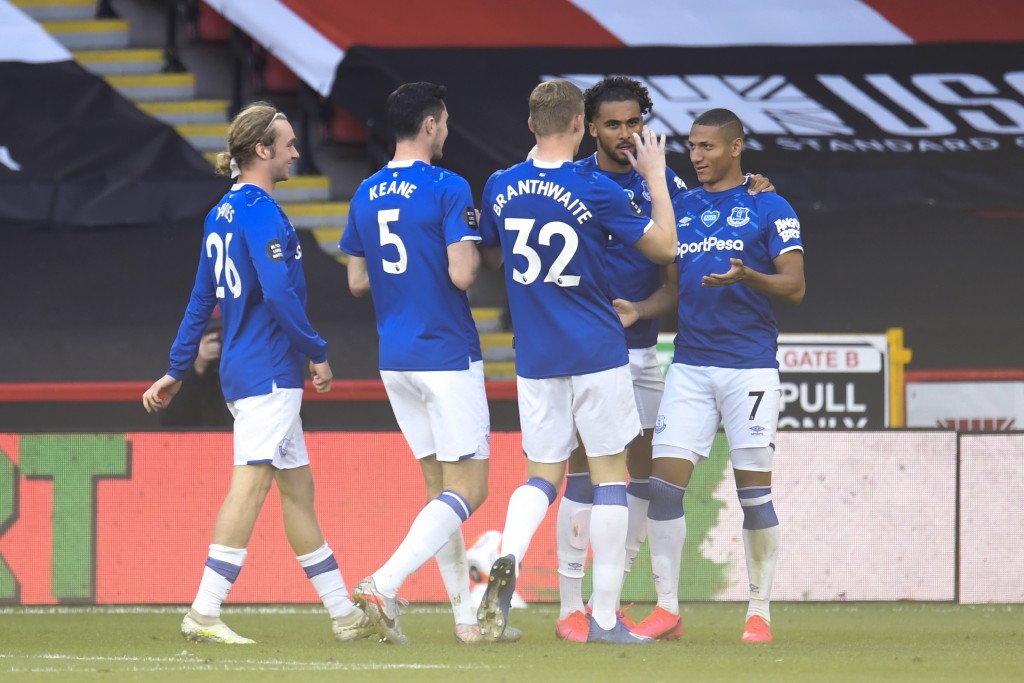 SHEFFIELD, England (AP) — Sheffield United ran out of steam in its charge for European qualification in losing to Everton 1-0 on a header from Richarlison in the English Premier League on Monday.

Sheffield surprised many by not just comfortably avoiding relegation but challenging teams with much bigger financial resources in the fight for European places.

Now Sheffield's hopes hang by a thread after the defeat at Everton. Sheffield is eighth and would need results elsewhere to go its way to have any chance of reaching the Europa League.

Dominic Calvert-Lewin headed against the post just before halftime for Everton, and his team then scored in the opening minute of the second half.

Gylfi Sigurdsson hit a cross from deep on a free kick and Richarlison rose to head the ball in from near the penalty spot. Sheffield goalkeeper Dean Henderson got his fingers to the ball but couldn't keep it out.

Sheffield had few chances to level the score. David McGoldrick had a shot blocked by 18-year-old defender Jarrad Brathwaite in his first top-division start, and also shot over the bar with the final kick of the game.