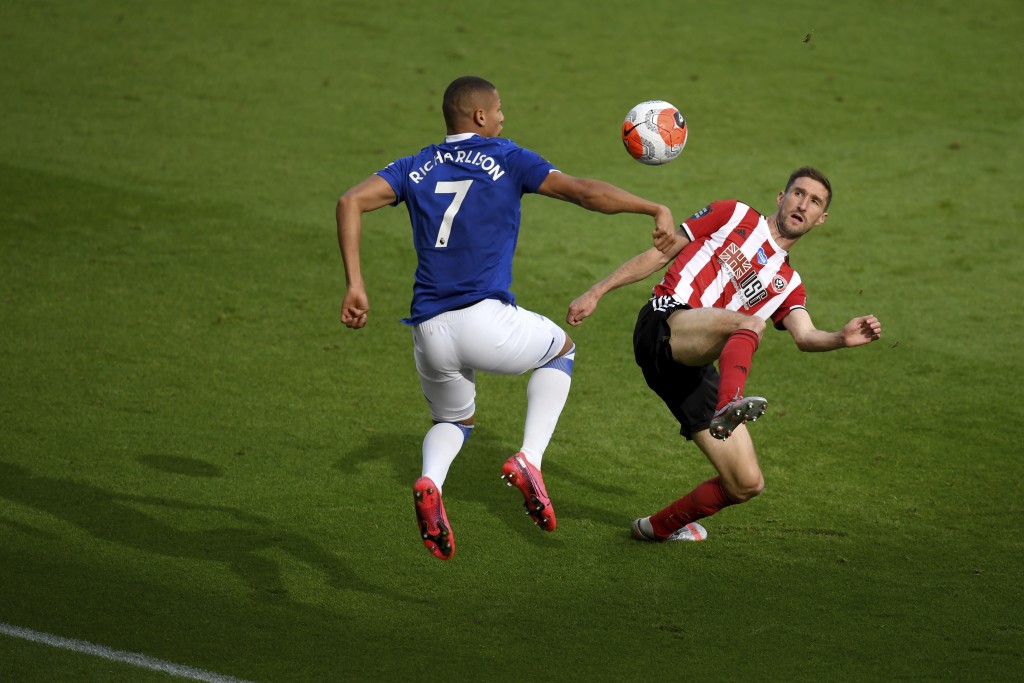 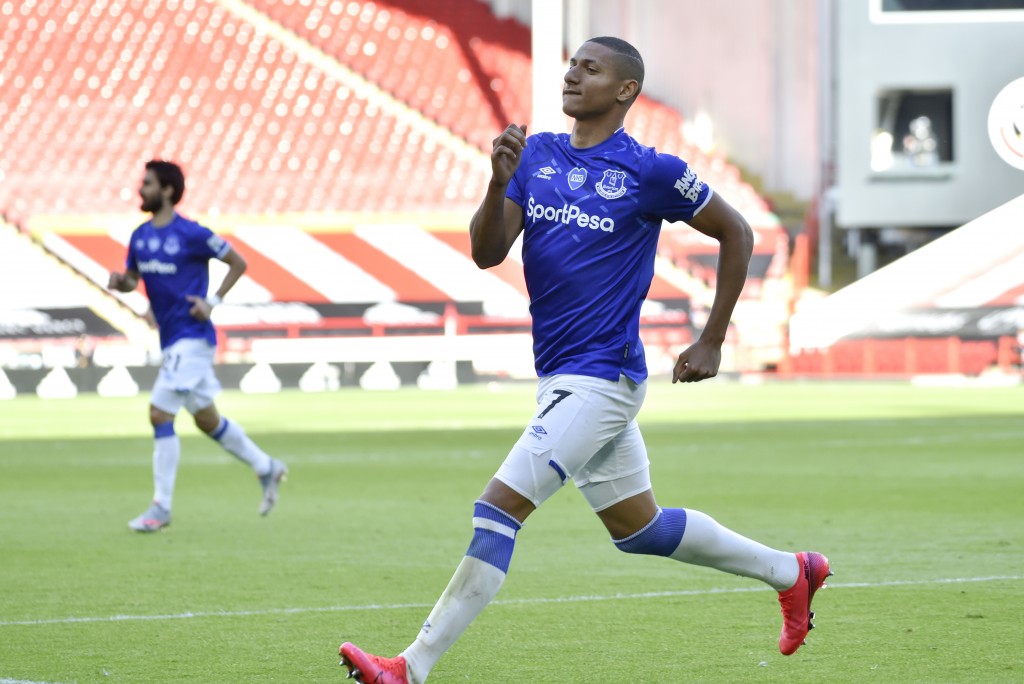 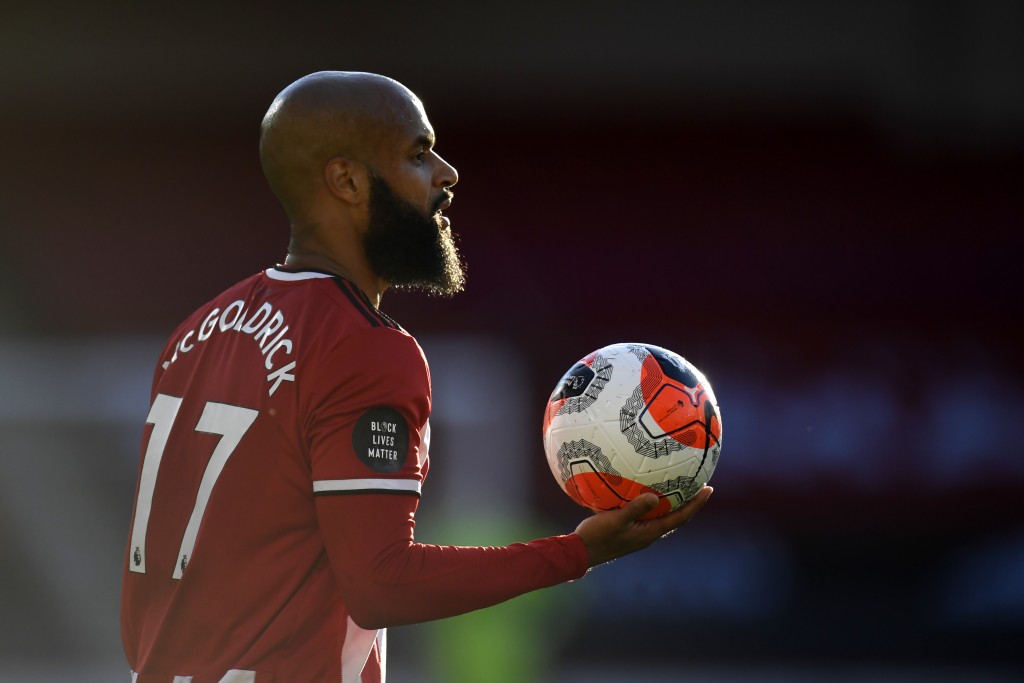 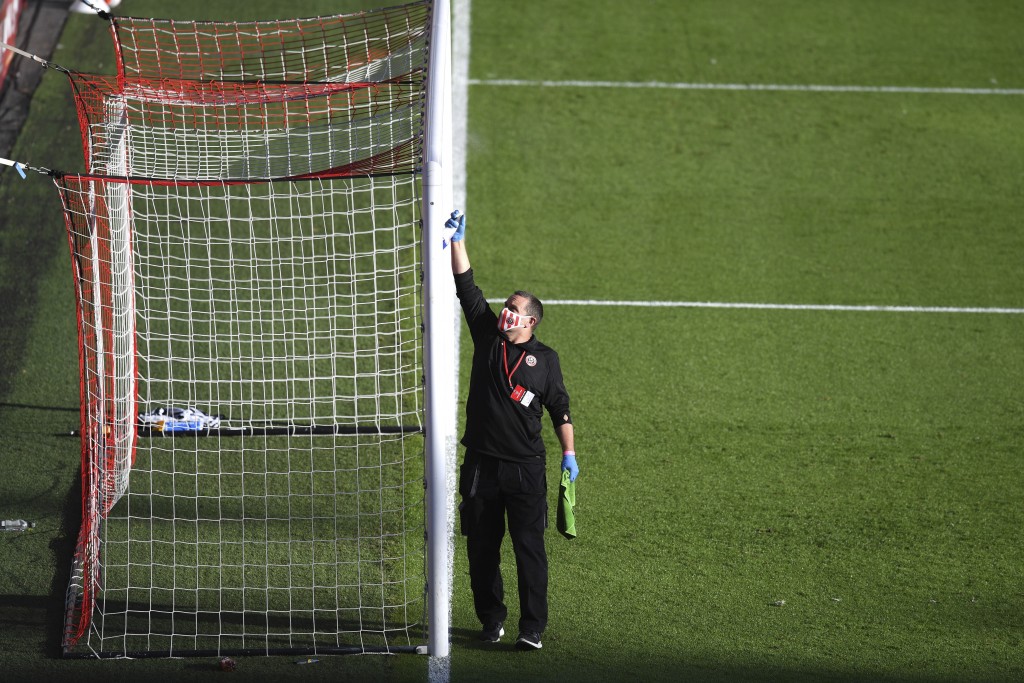 SHEFFIELD, England (AP) — A header from Richarlison gave Everton a 1-0 win over Sheffield United on Monday to leave Sheffield's hopes of qualifying for the Europa League hanging by a thread, while Brighton secured English Premier League status for next season.

In a game that was short on clear-cut chances, Brazilian forward Richarlison made the difference in the 46th minute when he rose to meet Gylfi Sigurdsson's free kick from deep with a looping header that brushed goalkeeper Dean Henderson's fingers.

Wolverhampton would end Sheffield United's faint hopes of qualifying for the Europa League if it beat Crystal Palace later Monday.

Sheffield was widely expected to fight against relegation in its first Premier League season since 2007 but instead stormed into the top half of the table, claiming upset wins over the likes of Chelsea, Tottenham and Arsenal.

Sheffield is eighth and Everton is 11th.

A point for Brighton was enough to secure a place in the top division for next season after drawing with Newcastle 0-0. Brighton climbs above West Ham to 15th, two places behind Newcastle.