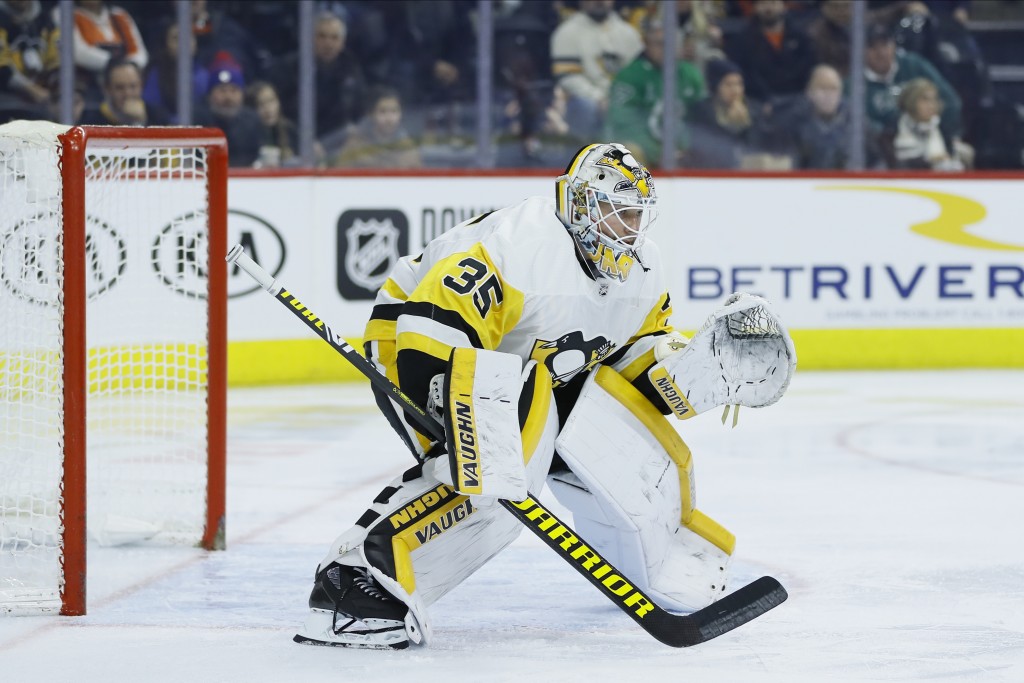 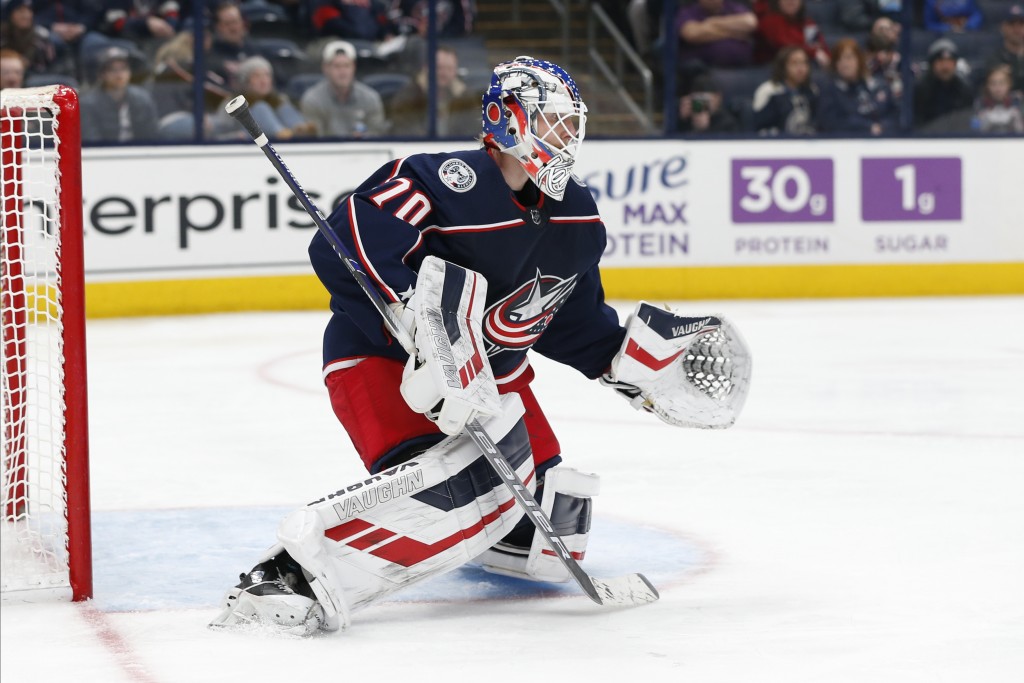 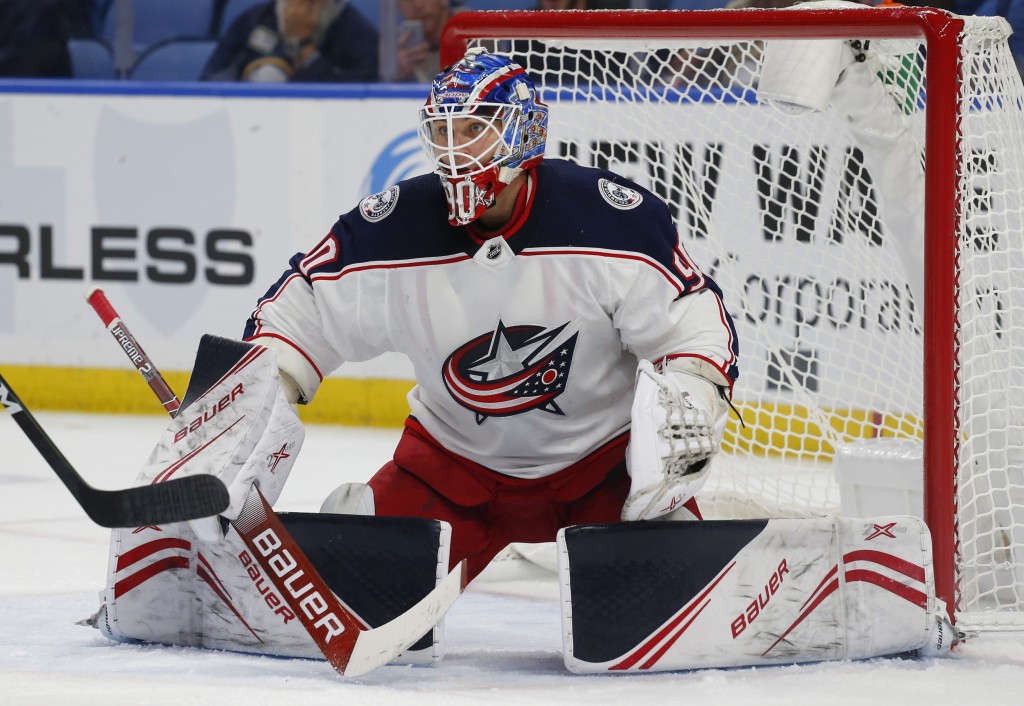 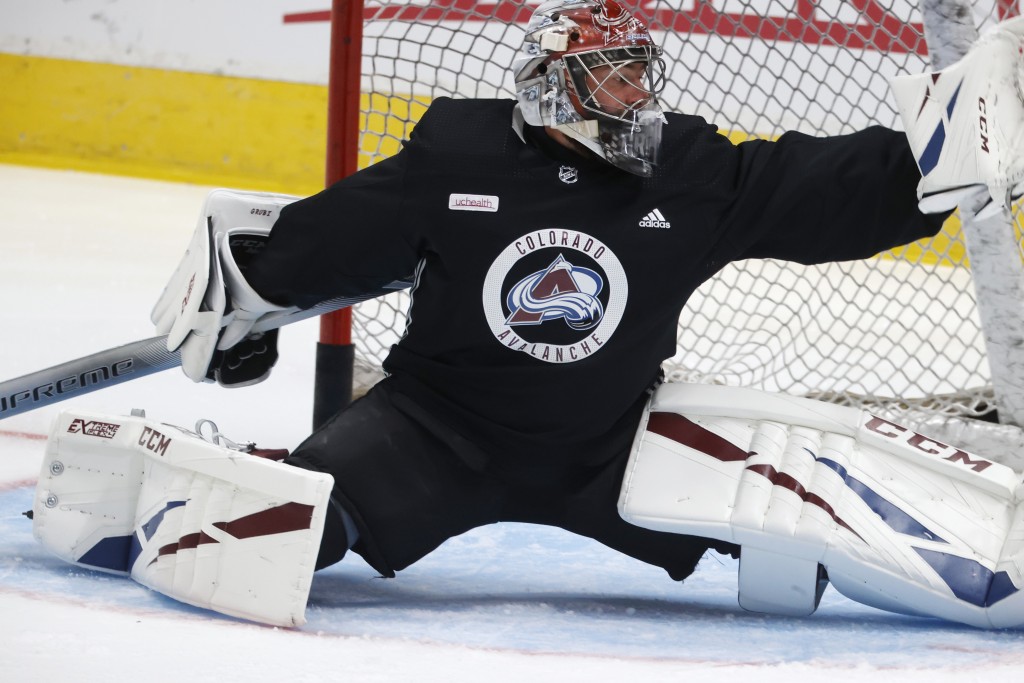 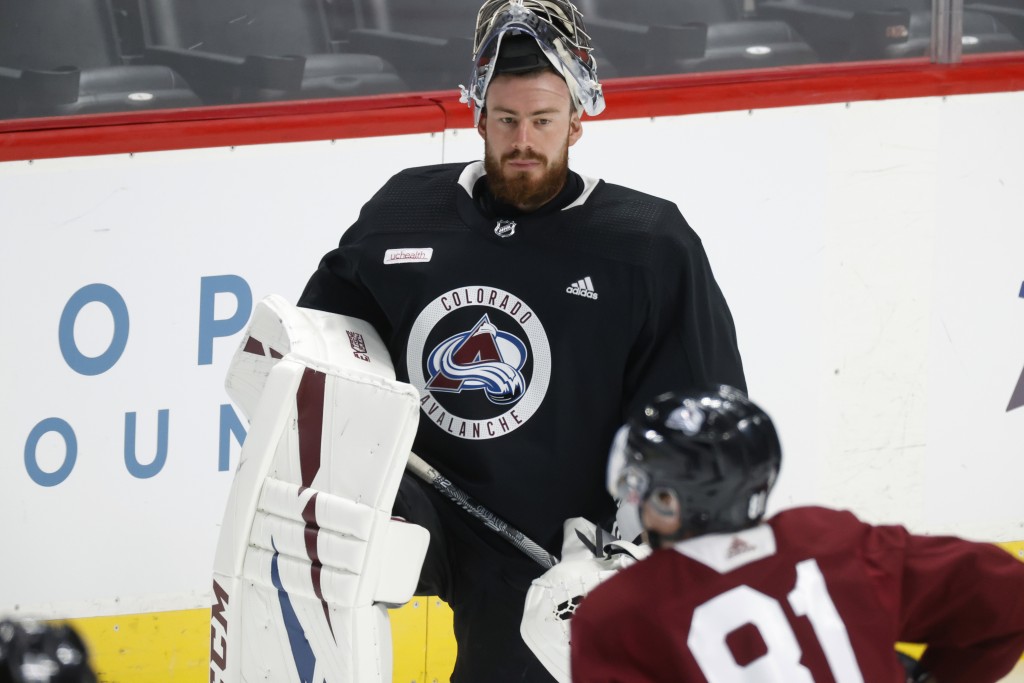 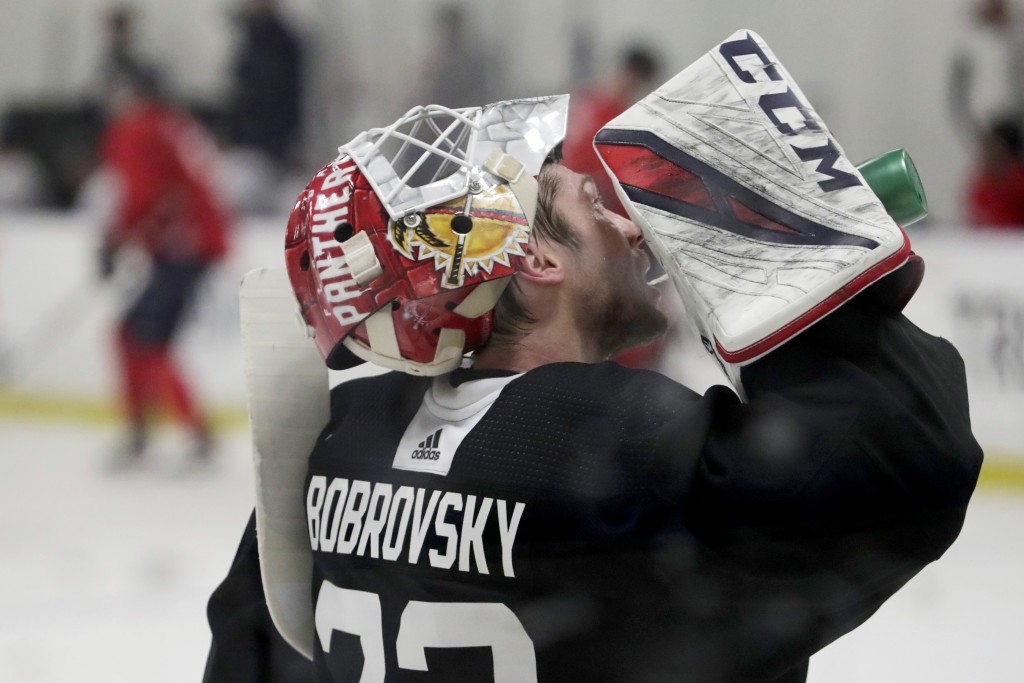 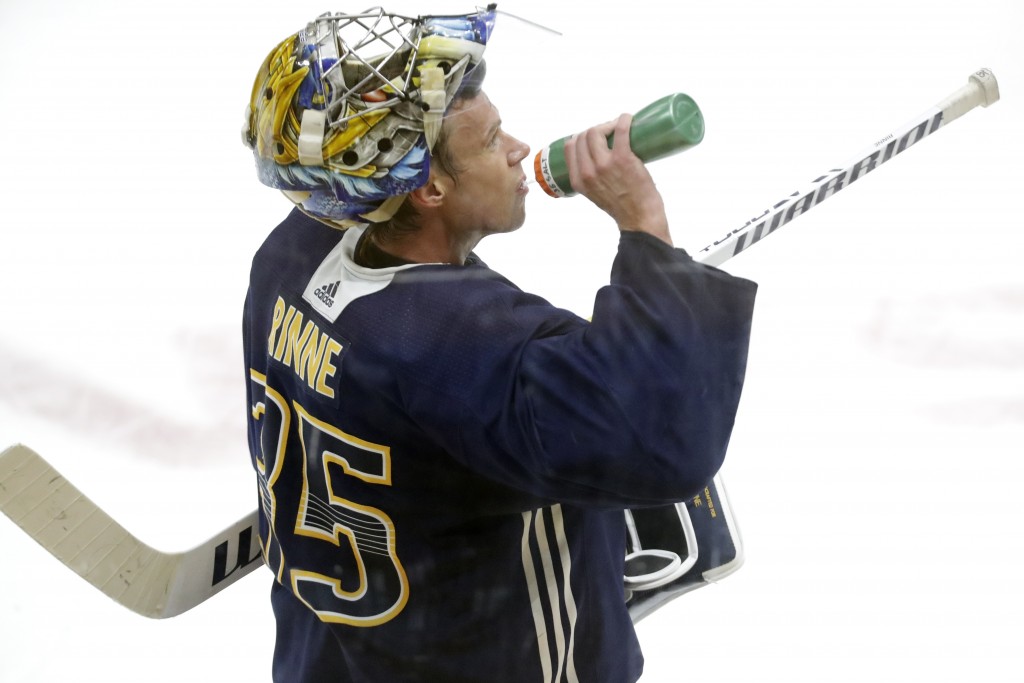 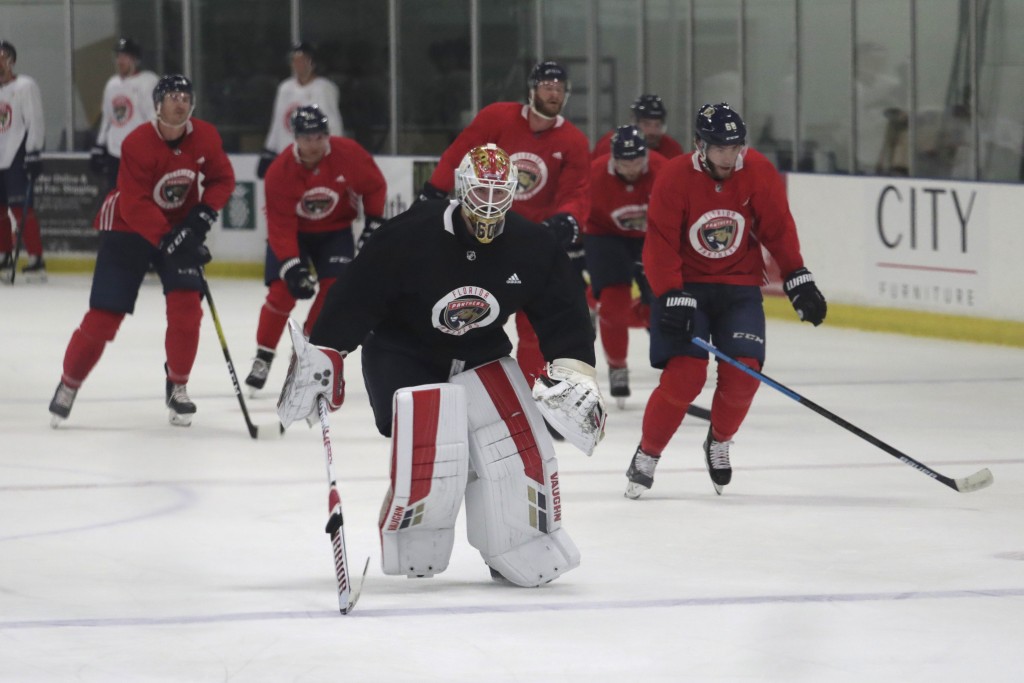 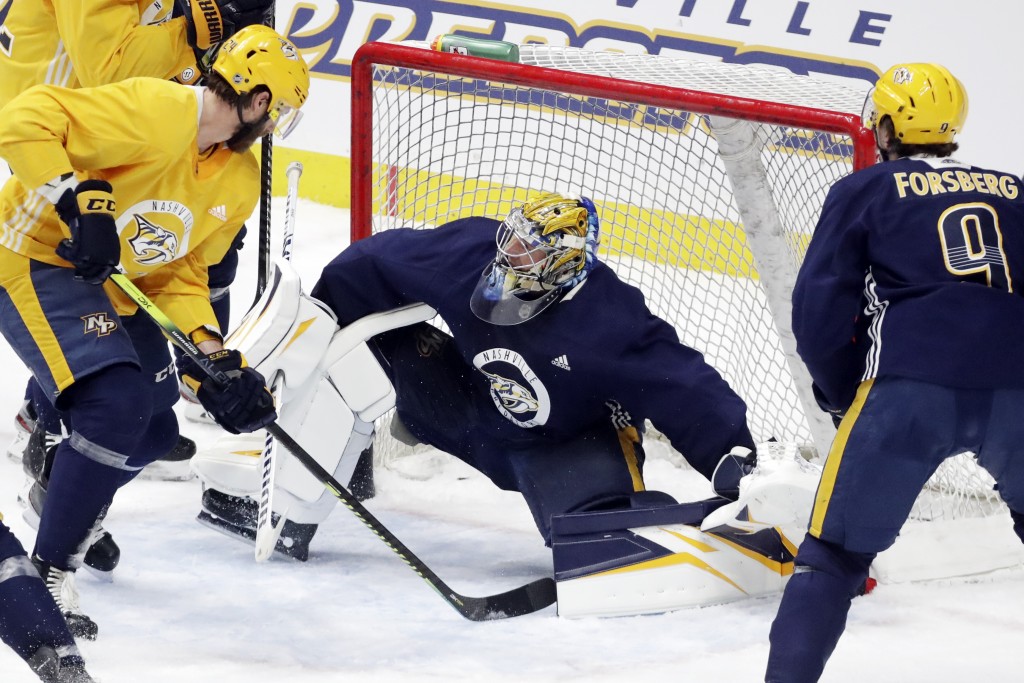 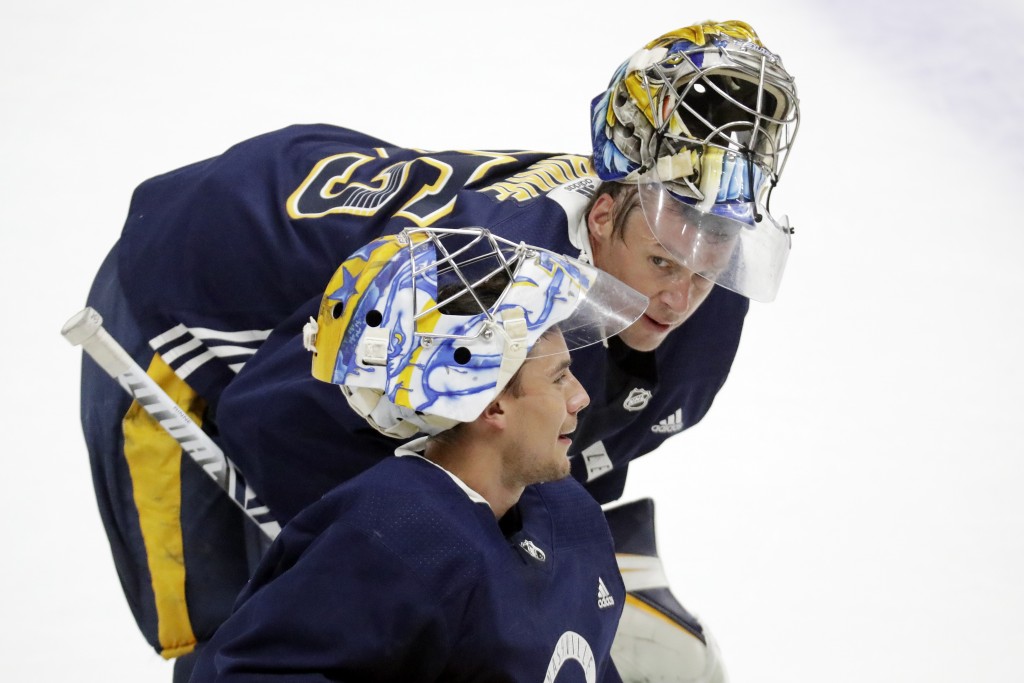 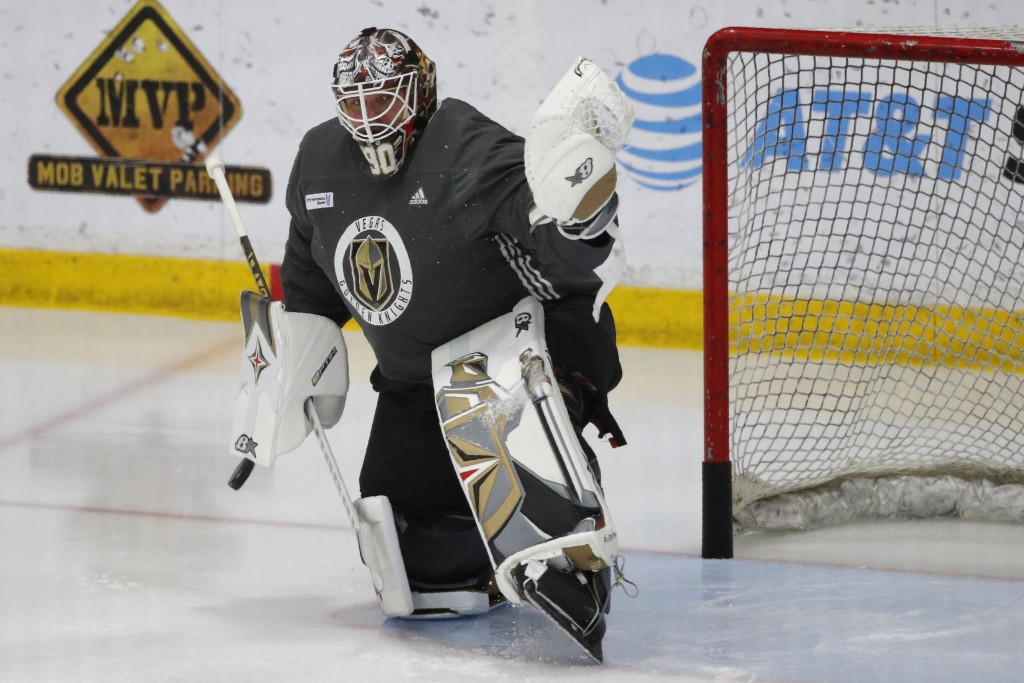 With no ice time available during the NHL’s four-month pandemic-forced break, Pittsburgh Penguins goalie Tristan Jarry had little choice but to let his game go to the dogs.

Diesel and Kitty, his two English mastiffs, to be specific.

“That was something I did almost every day, take the dogs downstairs and play street hockey with them,” Jarry said.

“We didn’t really have anyone to shoot on us over the break and I was just playing catch with my girlfriend at home and playing with the dogs. ... That was all we could mimic” he added. “I usually would just stick-handle around, and they would chase me around and try to grab the ball.”

The dog days are most certainly over for Jarry and his counterparts. The Penguins are among the 24 teams entering their second week of training camp in preparation for the league’s expanded playoff format that will be played in Toronto and Edmonton, Alberta, starting on Aug. 1.

And goalies, with varying degrees of on- and off-ice preparation, are playing catch-up to regain their groove.

“As a shooter, you don’t really need a goalie to work on your shot,” Toronto’s Frederik Andersen said. “But I think as a goalie, you definitely need someone to shoot at you.”

Skaters could practice their shots in driveways, patios or basements. Goalies had no way to replicate facing a 100 mph slapshot, the speed of the game, angles and dealing with the jostle of bodies in front of a net.

“It’s probably all of the above, but I think the one major thing obviously is speed and traffic, people in front of you, the ability to find the puck,” Dallas Stars goalie coach Jeff Reese said. “Would we like them to be in midseason form? That would be great. But compete is going to make up a lot for that. And we’ve got two veteran guys that certainly compete hard.”

Reese was referring to starter Ben Bishop, who was able to hit the ice almost daily in Dallas, and backup Anton Khudobin, who had limited ice time while spending most of the break in his native Russia.

Khudobin worked out regularly instead of taking time off to rest as he would during a normal offseason.

“To me, it was like I would be on injury and the guys would be playing hockey,” said Khudobin, who managed to get some ice time with former NHL player Alexander Semin. “And I would just be getting back into shape and keep working, working, working, and whenever I’m cleared to play, here we go.”

Some coaches may lean more on their goalie tandems. That will be especially true for each conference’s top four teams, who can ease in their goalies during a three-game round-robin series to determine first-round playoff seeding.

Assured a first-round spot is a plus for Avalanche coach Jared Bednar, who will take his time choosing between Philipp Grubauer, who hasn’t played since being sidelined by a lower body injury in mid-February, and Pavel Francouz, who went 7-2-2 in taking over the starting job.

“I like the options that we have.” Bednar said. “I think both guys are potential starters for us, and we’ll make our decision as we enter Game 1 of the playoffs and not before then.”

Columbus coach John Tortorella doesn’t have the luxury of time, given the Blue Jackets open their best-of-five series against the Maple Leafs in Toronto.

“I don’t profess to know or want to know about goalies. I just want them to stop the puck,” Tortorella said of having to decide between Joonas Korpisalo and Elvis Merzlikins, who have both missed time due to injury this season. “We’re going to wing it.”

Staying fit and sharp was a concern for Merzlikins, who spent much of the pause holed up in his Columbus apartment.

“It was kind of weird and boring,” he said. “Just stretches and maybe go out for a run. And still I didn’t want to risk it and go run.”

Tampa Bay starter Andrei Vasilevskiy had a far different experience. He kept active by regularly getting out to fish off the Florida coast before having to trade his rod and reel for a blocker and pads.

“I even caught a small shark a few weeks ago,” Vasilevskiy said. “I know it’s a tough time, but at least I had some happy moments during this quarantine.”

NHL lore is filled with stories of goaltending achievements, ranging from the likes of Detroit’s Terry Sawchuk going 8-0 and allowing five goals in 1952 to Pittsburgh’s Matt Murray leading the Penguins to the Stanley Cup championship as a rookie in 2016.

Hockey Hall of Fame goalie Ken Dryden, who won six championships in eight seasonss with Montreal in the 1970s, said he has no concerns about members of his fraternity overcoming this year’s challenges.

“Goalies will be ready,” he said.