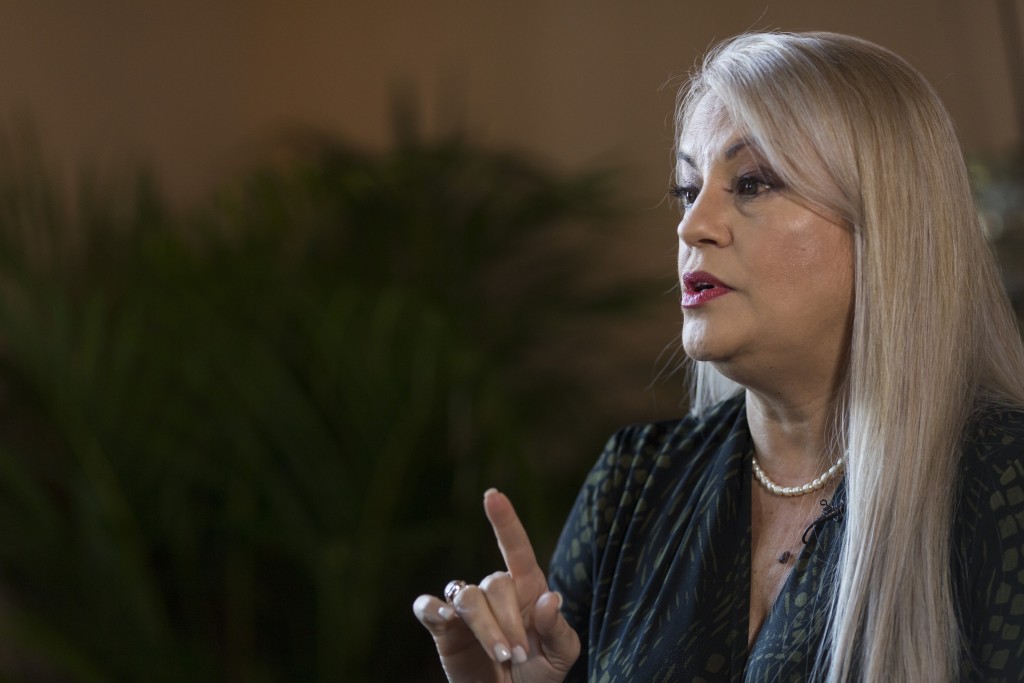 SAN JUAN, Puerto Rico (AP) — Puerto Rico’s governor announced Monday that she plans to hold a referendum on whether public pension payments should be protected by the U.S. territory’s Constitution for the first time in the island’s history.

If approved, the measure would prohibit using money from Puerto Rico’s crumbling public pension system to repay creditors — challenging efforts by the federal control board overseeing the island's finances to make pensioners share the pain with investors in a restructuring of part of the island's more than $70 billion in public debt.

Currently, the public pension system faces more than $50 billion in unfunded liabilities and the territory's government has been resisting efforts by the board to impose pension cuts and other austerity measures.

“This is a social justice measure,” said Vázquez, who is running for governor in November — when the referendum would be held — and faces an Aug. 9 primary.

Vázquez called an extraordinary session of the territory's legislature on Tuesday so Puerto Rico legislators can discuss those and other issues.

The president of Puerto Rico’s Senate, Thomas Rivera Schatz, said he supports the referendum and accused the board of being more concerned about paying creditors than guaranteeing pension payments.

If approved, the constitutional amendment would be aimed at fully protecting all pensions, including current ones.

“I consider this a fundamental measure to protect teachers, police officers, all public servants,” he said.

A board spokesman said there was no immediate comment.

Edgardo Román, president of Puerto Rico’s College of Attorneys, said in a phone interview that if the referendum is approved, officials would be forced to draw money from other funds to pay the debt.

A group of retired public employees last year reached a tentative deal with the board to protect more than 60% of retirees from any cuts. The deal would limit pension cuts to a maximum of 8.5% for those who receive $1,200 or more a month in retirement benefits, compared with a maximum of 25% in cuts that the board once sought.

The November ballot also is to include a yes-or-no referendum on statehood, though that question is ultimately up to Congress.